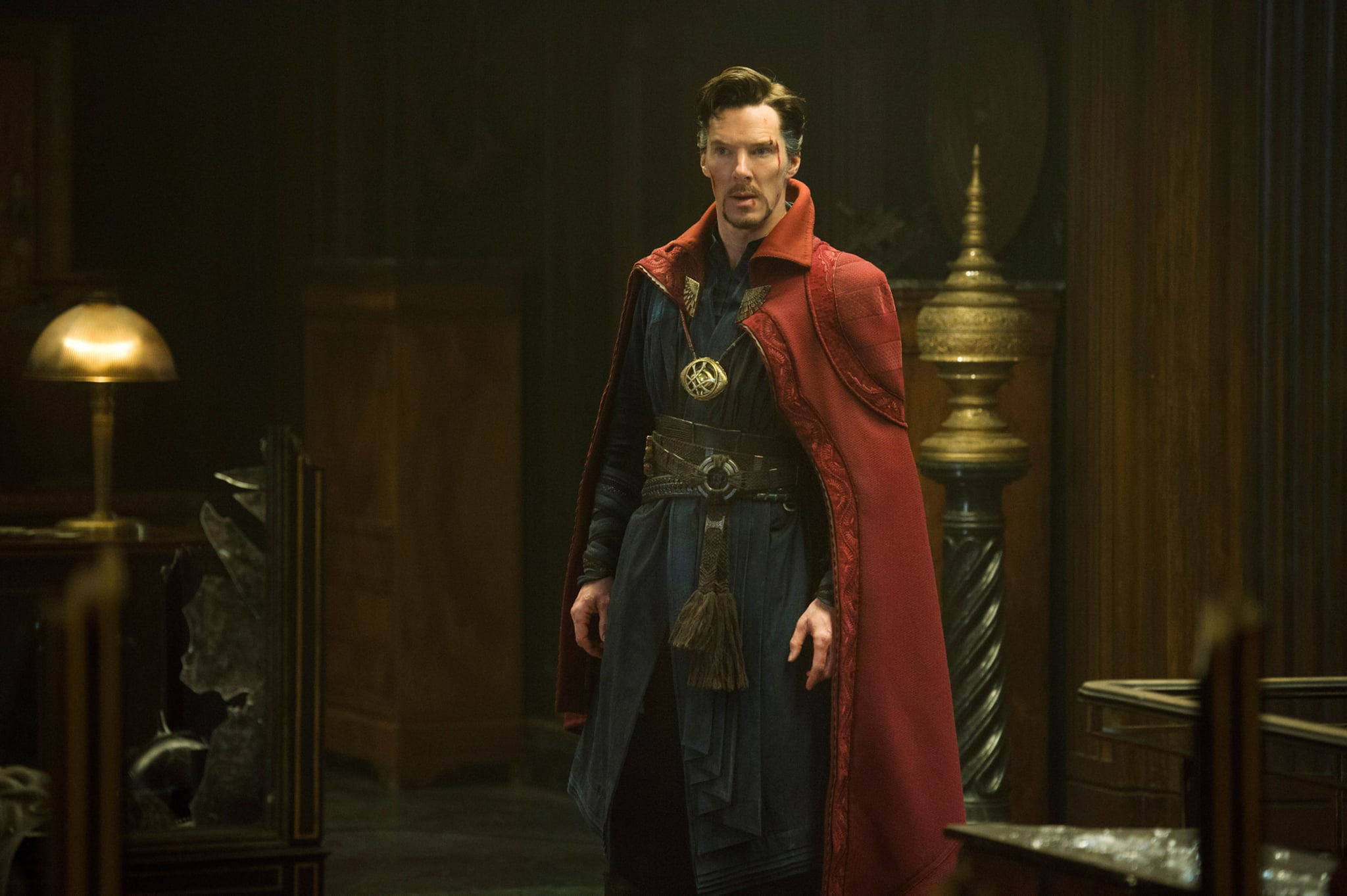 Spoilers for the end of Doctor Strange below!

When the credits for Doctor Strange start rolling, don't get up. In typical Marvel movie fashion, the filmmakers have included two bonus scenes hinting at how Doctor Strange will fit into future of the Marvel Cinematic Universe for the audience. The first arrives a few minutes into the credits, and the second happens once they're completely over, so sit tight. To refresh your memory, Dr. Stephen Strange (Benedict Cumberbatch) is a brilliant, arrogant, pompous surgeon (think: Tony Stark in scrubs) who loses the ability to practice medicine when a car accident mangles his precious hands. Desperate to regain the life he once had, he goes in search of a miracle to cure the nerve damage in his hands that eventually leads him to the doorstep of a being who goes by The Ancient One (a very bald Tilda Swinton) in Kathmandu, Nepal.

Under her guidance, and with the help of one of her fellow students, Mordo (Chiwetel Ejiofor), Strange quickly becomes one of history's most powerful sorcerers. When The Ancient One dies, Strange and Mordo must unite to stop former student Kaecilius (Mads Mikkelsen), who's summoned an unseen dark force to destroy Earth. Strange's out-of-the-box methods defeat Kaecilius and the dark entity, but after realizing that The Ancient One has been harvesting dark magic to stay alive, Mordo ends up walking away from Strange and his fellow sorcerers to explore the limits of his powers.

The first end-credits scene has a lighthearted feel, with Strange sitting across from Thor (Chris Hemsworth) as they discuss the whereabouts of Loki and Odin. Strange promises he'll help Thor locate his father, but once they do, Thor and the rest of his family must go home to Asgard, and never return to earth (this is all happening while Strange is magically refilling Thor's massive mug of beer over and over again, of course). Wherever Strange ends up next, we can assume it'll be beside Thor and Loki, who are currently off on their own quest in Thor 3: Ragnarok. Putting these characters together makes the most sense, since both Doctor Strange and the Thor films have brought up the issue of science vs. magic, and how their powers differentiate from other Avengers like Captain America or Iron Man.

The second scene comes after the final credits have rolled, and it's got way more of a darker vibe going on. Earlier on in the film, we're introduced to a character named Jonathan Pangborn (Benjamin Bratt), who was paralyzed from the waist down after a horrific accident, but returned from a trip to Kathmandu completely healed. Strange is referred to Jonathan by a physical therapist who once had him as a patient, and when Strange seeks him out, Jonathan tells him all about the wonders of the Ancient One, and how he was able to heal himself through the powers of the mind. It's this conversation that sets off Strange's journey to becoming a sorcerer to begin with. Now, we only see Jonathan's character briefly just that once, but in this postcredits scene, we come across him working all alone in a warehouse. Mordo, clearly still enraged by Strange's actions while fighting Kaecilius, accuses Jonathan of abusing magic, and sucks out whatever it is keeping his body whole. Jonathan, paralyzed once again, helplessly collapses on the ground, before Mordo says there are "too many sorcerers" in this world, and walks away. This presumably opens the door to the bitter rivalry he has with Strange in the comics, and sets him up as a potential villain the next time the world of Doctor Strange gets screentime.

Movies
It's Official, Human Beings: A "Community" Movie Is Coming to Peacock
by Victoria Messina 1 hour ago

Julia Roberts
From "Pretty Woman" to "Wonder," Check Out Some of Julia Roberts's Best Movie and TV Show Roles
by Jessica Vacco-Bolanos 4 hours ago