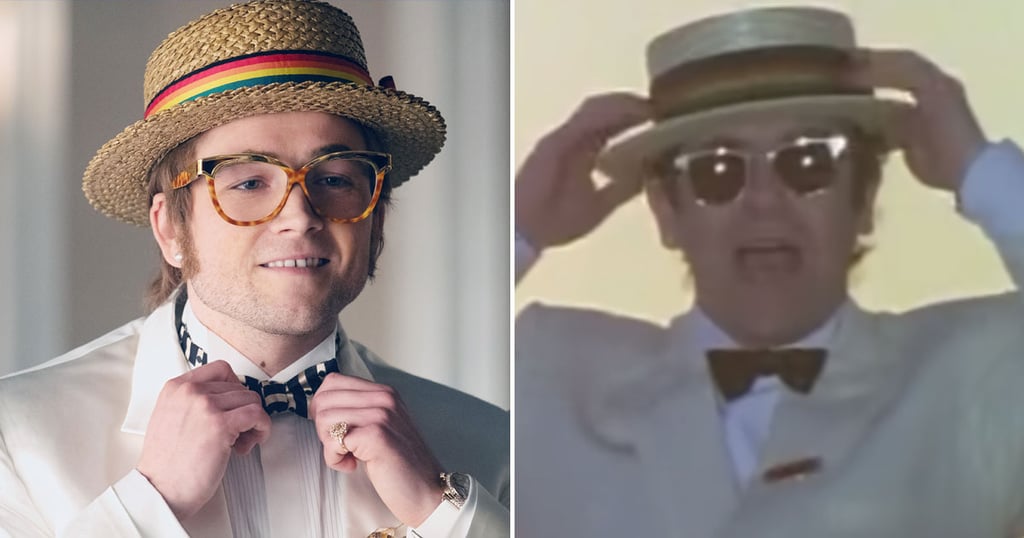 Unsurprisingly, Rocketman has one of the best soundtracks around. Taron Egerton's voice is downright incredible, and a perfect fit to take on music legend Elton John's most iconic hits. While scenes where he belts out emotional renditions of "Your Song" and "Rocket Man" will likely bring a tear to your eye, one of the last scenes in the film sees Egerton re-creating John's 1983 music video for "I'm Still Standing," and it's nothing short of joyous.

The song's original colorful, beachy video was directed by Russell Mulcahy on the shores of Cannes and Nice in France, with shots of the sparkly ocean and the waving French flag (there are also some painted dancers and cheeky choreography throughout). Overall, the music video helped launch the catchy single to success for John on the charts on both ides of the Atlantic, and served as a reminder that although he'd gone through hell and back, he was indeed "still standing" and still ready to claim his place as one of the music industry's most talented stars.

Rocketman stays true to the video's vision as close as humanly possible by using CGI to put Egerton — dressed in John's signature white suit and straw hat — directly into the old footage. Ahead, watch John's original music video for "I'm Still Standing," and then keep scrolling to see an up close and personal glimpse of Egerton in costume from that scene in Rocketman.

Related:
Listen to All 22 of the Dazzling Elton John Songs Featured on the Rocketman Soundtrack
Previous Next Start Slideshow
Taron EgertonElton JohnMoviesRocketman