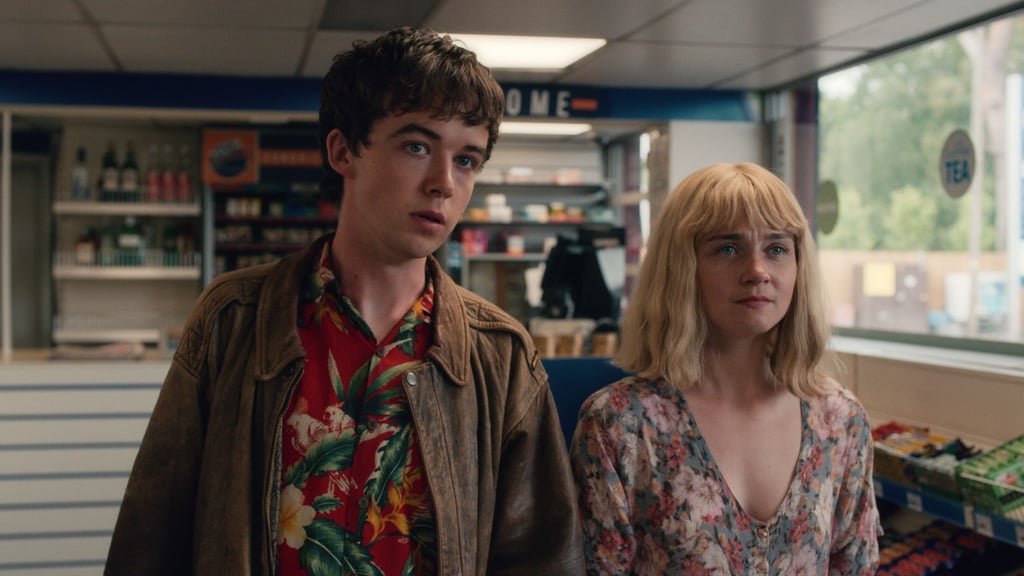 The End of the F***ing World is in a league of its own. The new British Netflix show, which premiered Jan. 5, follows two teenage runaways as foul-mouthed Alyssa and self-diagnosed psychopath James make a break from their boring home lives, only to end up in more trouble than they bargained for. Eight episodes long, the show is dark and bloody while also maintaining a unique blend of humor and romance, a balance that plays out well partially because of the show's stellar, nostalgic music.

Like the cast, script, and look of The End of the F***ing World, the show's soundtrack is bloody amazing. Not only is the show self-aware enough to acknowledge its American influences, but the soundtrack even features songs from British artists whose sounds have roots in American blues, soul, and rock music. "Keep On Running" by 1960s-era UK band The Spencer Davis Group accompanies James and Alyssa while they themselves are on the run, and the soundtrack is riddled with doo-wop, classic rock, country, and soul songs that are enough to make you forget that the show is set in present day.

At first it may seem as if James and Alyssa's grisly world is at odds with a soundtrack steeped in American of American-inspired oldies, but listen closer to the 33 songs we've compiled and it's clear why the music, like the main couple, is just crazy enough to work.

Gossip Girl
The "Gossip Girl" Cast on Monet's Mean Girl Takeover in Season 2: "[She] Really Has Her Time to Shine"
by Njera Perkins 9 hours ago

by Lucy Maddox 7 hours ago