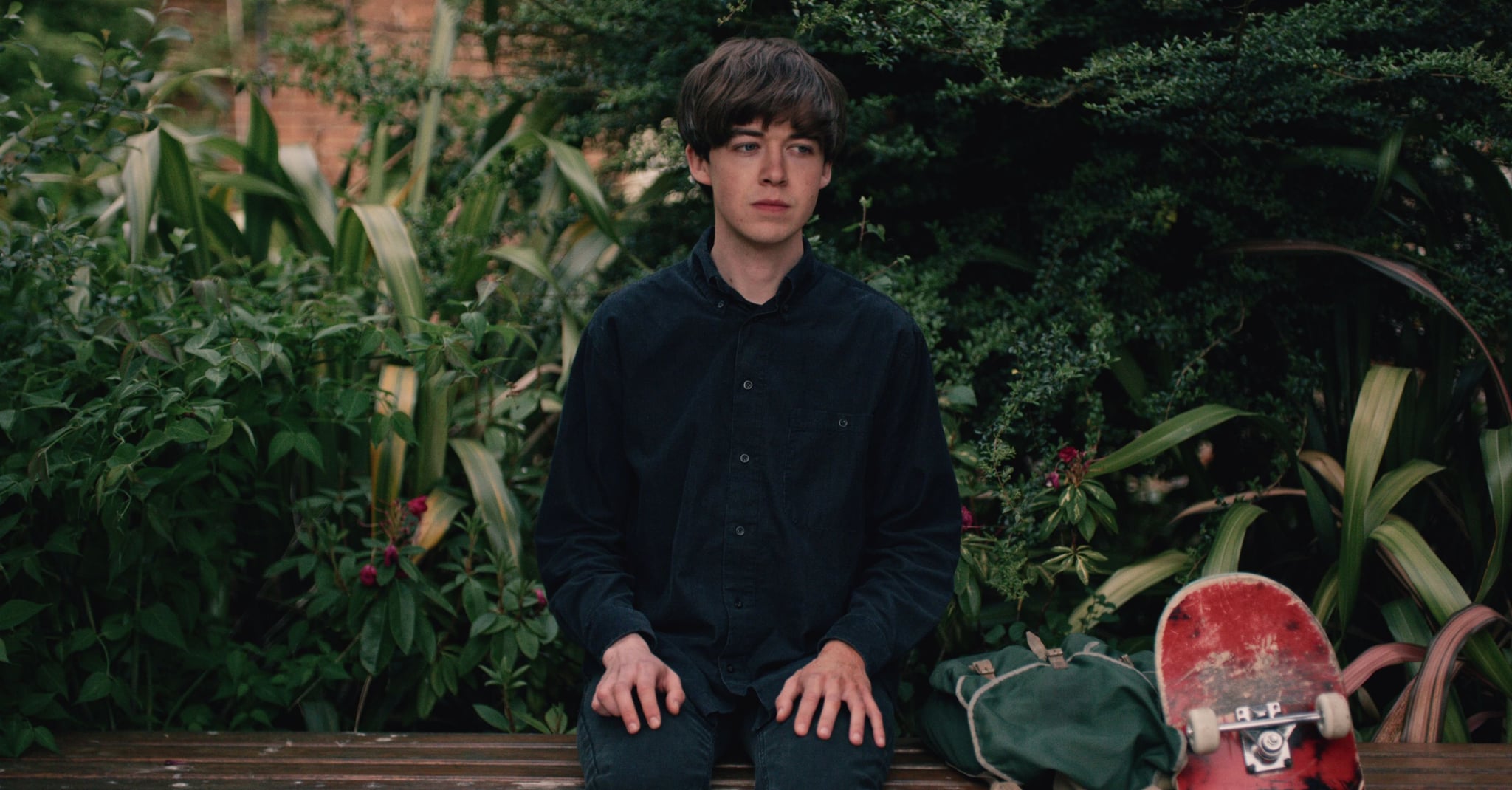 There's a lot to love about the Netflix show The End of the F***ing World, a dark, witty, and unconventionally romantic British import based on a graphic novel that premiered earlier this year.

In the show, two teenage social outcasts named James and Alyssa run away for their humdrum school and dysfunctional families, only to find themselves in a dilemma bigger than they could have ever predicted. For the role of James, a 17-year-old self-diagnosed psychopath who only befriends Alyssa (Jessica Barden) so that he can kill her, The End of the F***ing World needed to cast someone who could be awkwardly charming and nervously unpredictable. The role needed someone you could find endearing even though you're afraid of what he might do next.

Enter Alex Lawther, a 22-year-old English actor who, after this performance and a slew of high-profile upcoming roles, is poised to be a household name. Lawther's big break came when he played a younger version of real-life cryptanalyst Alan Turing alongside Benedict Cumberbatch in 2014's The Imitation Game, a role that earned Lawther the Young British Performer of the Year award from the London Film Critics' Circle.

While his role in the Oscar-winning film brought Lawther critical acclaim, he also received attention for his appearance in the third season of Black Mirror. Lawther also played a teenaged Christopher Robin in the 2017 film Goodbye Christopher Robin starring Margot Robbie, and his other credits include roles in Departure, Old Boys, and Carnage: Swallowing the Past.

Lawther is a natural on the big and small screens, but he's equally comfortable on the stage, having gotten his start as a teenager doing plays like South Downs and The Glass Supper in London.

Up next for Lawther is a leading role in the IFC film Freak Show, in which he stars as a gender nonconforming high school outcast in an ultraconservative town opposite icons Bette Midler and Laverne Cox.

He's also currently in the BBC period miniseries Howards End, on stage in London in a play called The Jungle, and in a film called Les Traducteurs, slated for release later this year. Expect to see the young talent everywhere except for social media, where he noticeably doesn't have accounts on Twitter or Instagram. For someone who has mastered the art of playing characters that don't fit in, Lawther has already found his place among Hollywood's A-list just fine.

Image Source: Netflix
The End Of The F***ing WorldTV