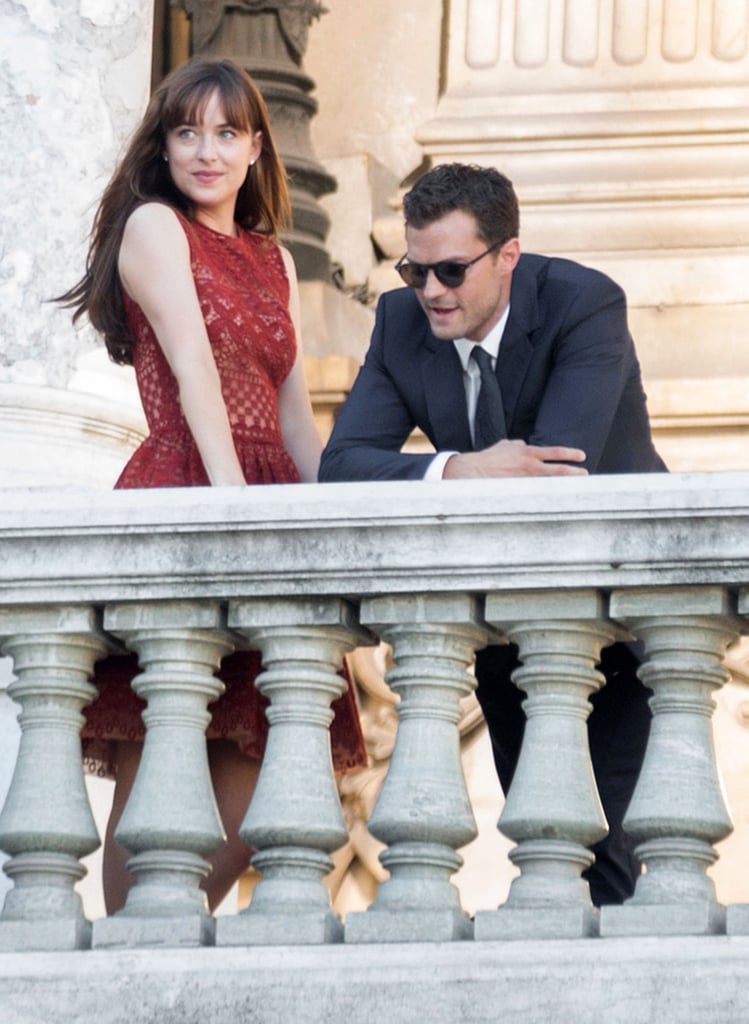 Fifty Shades Freed is under way! The third and final installment of the Fifty Shades of Grey series has officially started filming. Luke Grimes and Arielle Kebbel, who play Elliot Grey and Gia Matteo, respectively, kicked things off by engaging in a steamy makeout session on the Vancouver, British Columbia, Canada. Recently Jamie Dornan and Dakota Johnson heated things up by hanging out on a beach in Saint-Jean-Cap-Ferrat, France (likely Christian and Anastasia's honeymoon!), before being spotted kissing on a picturesque balcony in Paris. Keep scrolling to see all of the new snaps, and then check out all the set pictures from Fifty Shades Darker.