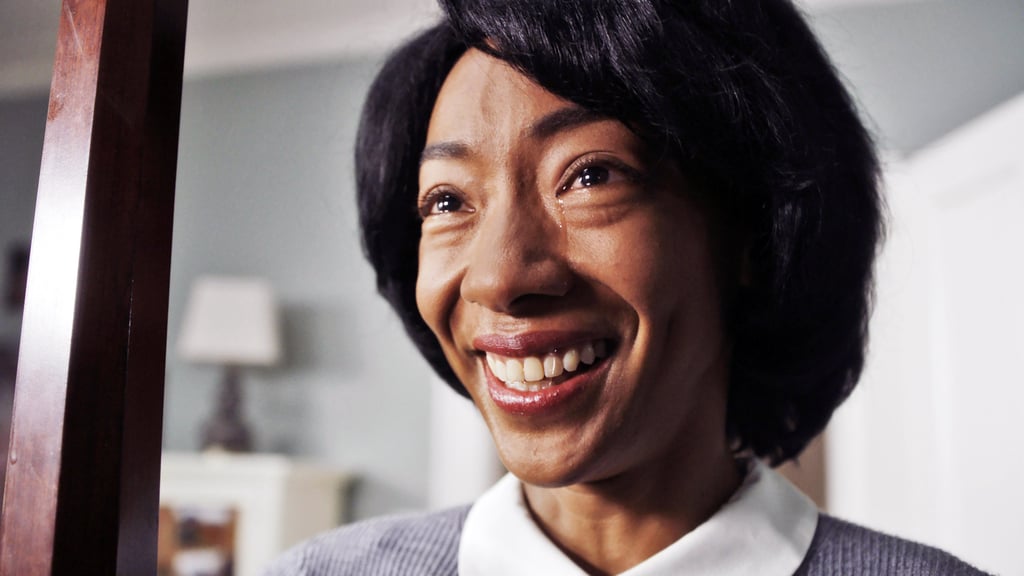 This Complex Theory About Get Out Is So Deep, Even Jordan Peele Was Impressed

The following contains spoilers for Get Out.

While you'll definitely want to read the full thread of Kyle's multi-layered interpretation of the movie, we're here to give you a quick summary. Before we get started: for those in need of a refresher about the Oscar-winning film, just read this.

Kyle's analysis of Get Out focuses on why two specific characters in the film are so unsettling to watch. First, Jim Hudson: the blind photographer who covets protagonist Chris's (Daniel Kaluuya) eyesight and ability to carry out his artistic vision. Second, Georgina: the apparent "maid" of the Armitage household who is actually the family's racist, white grandma occupying the body of a captive black woman.

When it comes to Jim Hudson, Kyle purports that the casting of actor Stephen Root was a conscious choice to emphasize "colorblind" racism; in the 2000 film O Brother, Where Art Thou? Root also portrays a blind character who has a manipulative relationship with a black artist.

Both historically and as Jim Hudson in Get Out, suggests Kyle, "Stephen Root embodies this concept of the colorblind profiting off of black talent." Not to mention that when viewing blindness as a form of "impotence" via the lens of Freudian psychological theory, Chris's camera serves as a tangible black, phallic object to emphasize Jim's own "castration."

When charted out, the uncanny valley appears just like the dip of a valley . . . or, more appropriately in the case of Get Out, a "Sunken Place."

Georgina, continues Kyle's theory, represents an entirely different form of creepiness. According to Sigmund Freud, Kyle summarizes, humans are wired to feel deeply unsettled by the uncanny — in short, when a figure appears almost normal or familiar, but there's something mechanical happening beneath the surface.

This Freudian theory, Kyle reminds us, went on to influence the idea of the uncanny valley: "the intense discomfort we feel towards things that appear almost human but not quite." When visually charted out, the uncanny valley appears just like the dip of a valley . . . or, more appropriately in the case of Get Out, a "Sunken Place."

Read Kyle's full theory below, and you'll never watch Get Out the same way again. It's got us even more excited for Jordan Peele's next foray into the world of horror!