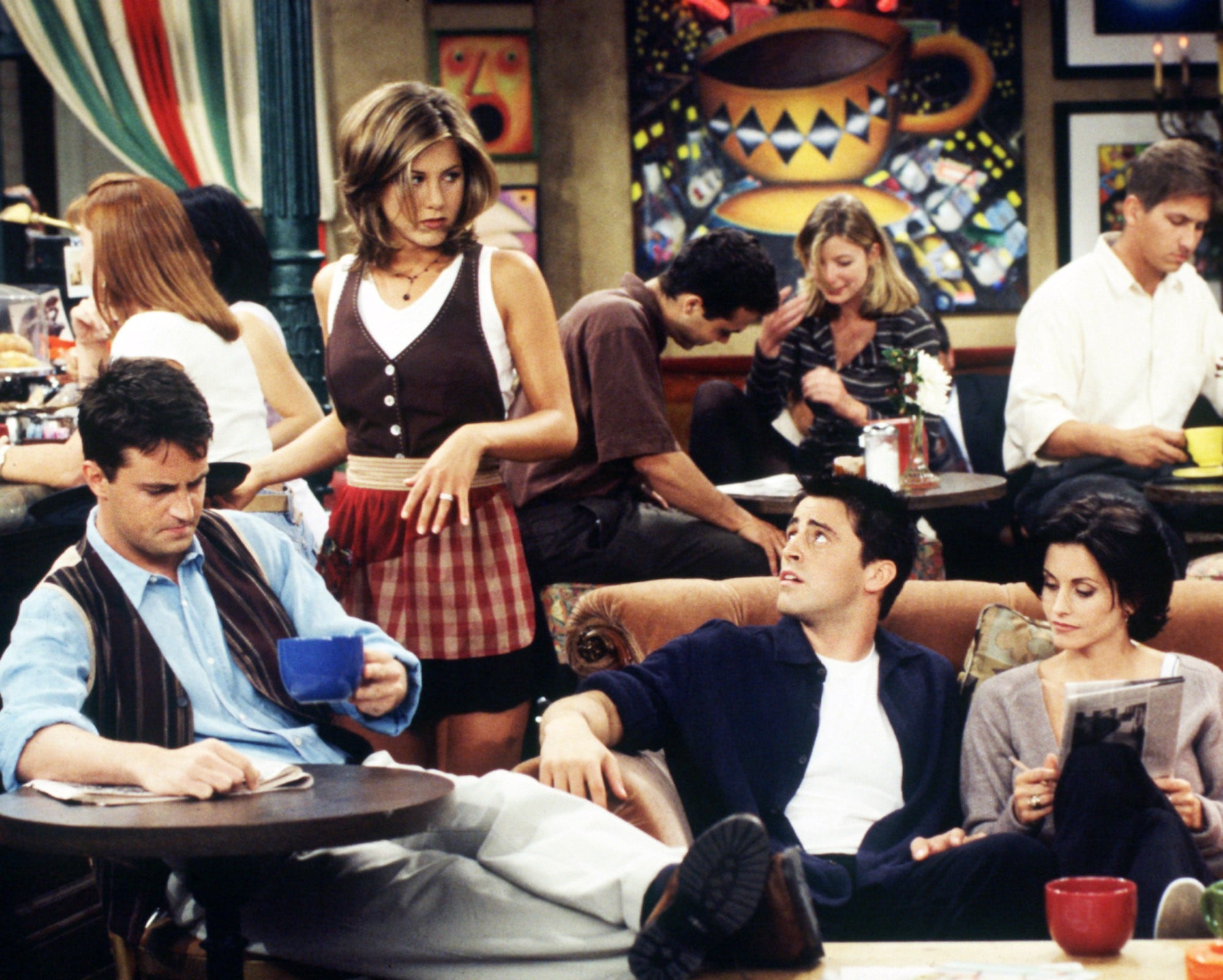 Friends: a classic, quotable comedy about six NYC-based pals, or the vivid dreams of a woman on the edge? Apparently a lot of people seem to think it's the latter, all because of a seemingly innocuous photo on the season four DVD box set. In July, Twitter user Ted Fox shared the image, asking his followers why Rachel Green (Jennifer Aniston) is the only one in it with her eyes open, while the rest of the characters sleep soundly beside her.

Why is Rachel the only one 👀?

It didn't take long before people started responding with possible theories, leading to what will now be known as #Friendsgate.

There were serious discussions about all 10 seasons being a dream . . .

Here is what I believe Friends is really about. pic.twitter.com/hziUHAKVVX

Chandler is spooning her. The answer is obvious.

A reference to the gang's mysterious lack of rent was made . . .

She alone knows the truth. She has seen beyond the veil, and knows that there is no way she should be able to afford that apartment

And of course someone had to point out that they all might be dead . . .

they were dead the entire time any ways have a great weekend https://t.co/e47hcyan4P

Until, finally, someone pointed out the whole discussion was just a "moo point."

Serious answer: The fact that her eyes are open is just a moo point. pic.twitter.com/80L8OnRoVI

Honestly, I didn't think that insane theory about Ross losing custody of Ben could be topped, but this might just take the cake.