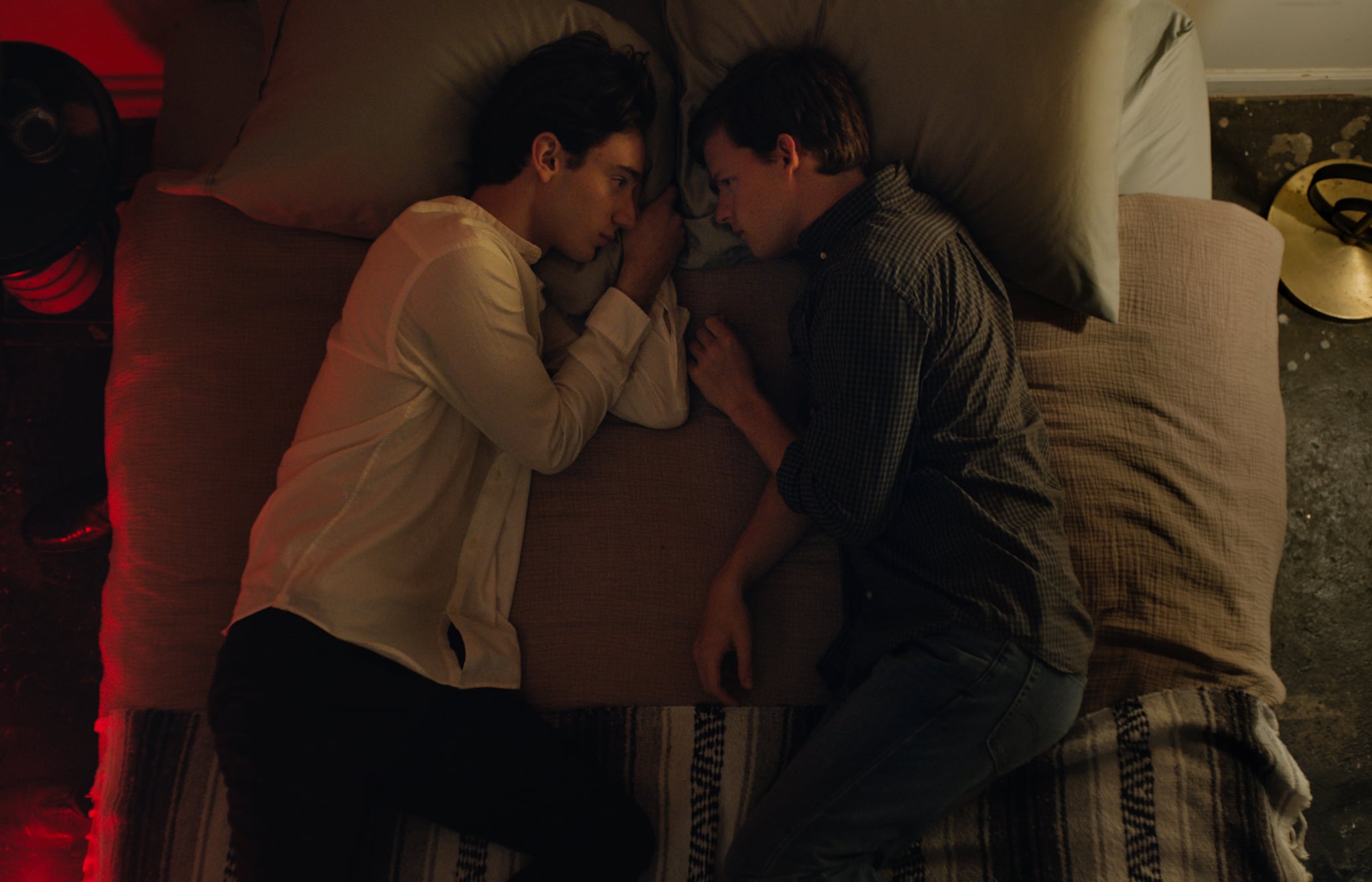 Boy Erased could not be coming at a better time. We're on the precipice of the midterm elections. LGBTQ+ rights are under attack by an administration that wants to erase transgender people from existence and dismantle protections meant to help the community as a whole. Mike Pence has a documented history with gay conversion therapy. Though the true story of a young gay man who survived a gay conversion camp dates back to 2003, each aspect of his experience is tragically relevant in 2018, perhaps moreso.

Just ahead of the film's release, I sat down with the man behind the memoir that inspired the film. Garrard Conley has been writing about shame and the dangers of conversion therapy for some time now, but Boy Erased didn't hit bookstores until 2016. During our chat, we talk about this long journey to publication, the strange path to the big screen with friend and ally Joel Edgerton, and whether or not he's heard from any of the others at Love in Action since this whirlwind began. Don't forget to see Boy Erased, too — it's arguably one of the most important films to be released in 2018.

POPSUGAR: What has this whole thing been like? Has it been just super surreal for you?

Garrard Conley: Yeah. I mean . . . it's unusual to have your life story thrust out into the public this way.

PS: I bet you couldn't have even imagined it when you wrote it.

GC: No. Publishers at the time were like, "Oh, it's not going to sell, because it's a gay book." They still say that.

PS: Do they really?!

GC: Yeah. I mean, not about my book, but it's a thing that you hear all the time, and it's really annoying. So there was no way I could predict this.

PS: Yeah. Can you take me back to the moment when you decided to write about this experience in the first place? You've written a lot about shame and trauma.

GC: Yeah. Thanks for reading up.

PS: Yeah, of course. You've said how gay men lock trauma away or share it in really private spaces. What was the moment you decided to bring it out of your own closet?

GC: I mean, first of all, I was trying to just write fiction for so long. And I had these four failed novels that are all kind of dystopian versions of Boy Erased. And after a while, I was like, "Actually, the truth is more dystopian than creating an alternate reality." I mean, if you look at the news right now, the administration trying to erase trans lives, that's like conversion therapy at large. We're already in that dystopia.

So it didn't make sense to write it as fiction anymore. But yeah, I don't think I was prepared. Actually, it's so funny. When I first started writing, I was like, "OK, I want this to be a good book that's respected and insiders know about it, but I don't want it to be a big thing." I was so nervous about what it would do to my family . . . but, at a certain point, you have to just go with it, I guess. I was not planning to be an advocate. I didn't want to be this voice necessarily because, in my own way, I wanted to be private. That's what you do when you're a writer. You're private. This has thrust me into this very unusual place.

I'm doing it now because it's almost like I can feel the finish line. And I'm like, "OK, I gotta keep doing this, because I want it to possibly be a mainstream topic that everyone's talking about." And I mean, it helps it's going to be on [The Ellen Show] today, and then again on Monday. That's cool. It's a cool moment. And I know that the version of me that was younger would have needed this, so that's why I'm doing it. But it's very unnatural for me.

PS: So you've just been kind of pushing through that terror from the start?

GC: I mean, I come off as someone who is a confident speaker whenever I'm in front of people, because I've just trained myself to do it. I was a teacher for a long time, and no audience is worse than teenage boys. They're the worst. They will rip you to shreds. So nothing is as bad as that. So I come off as confident, but I'm actually very much an introvert. 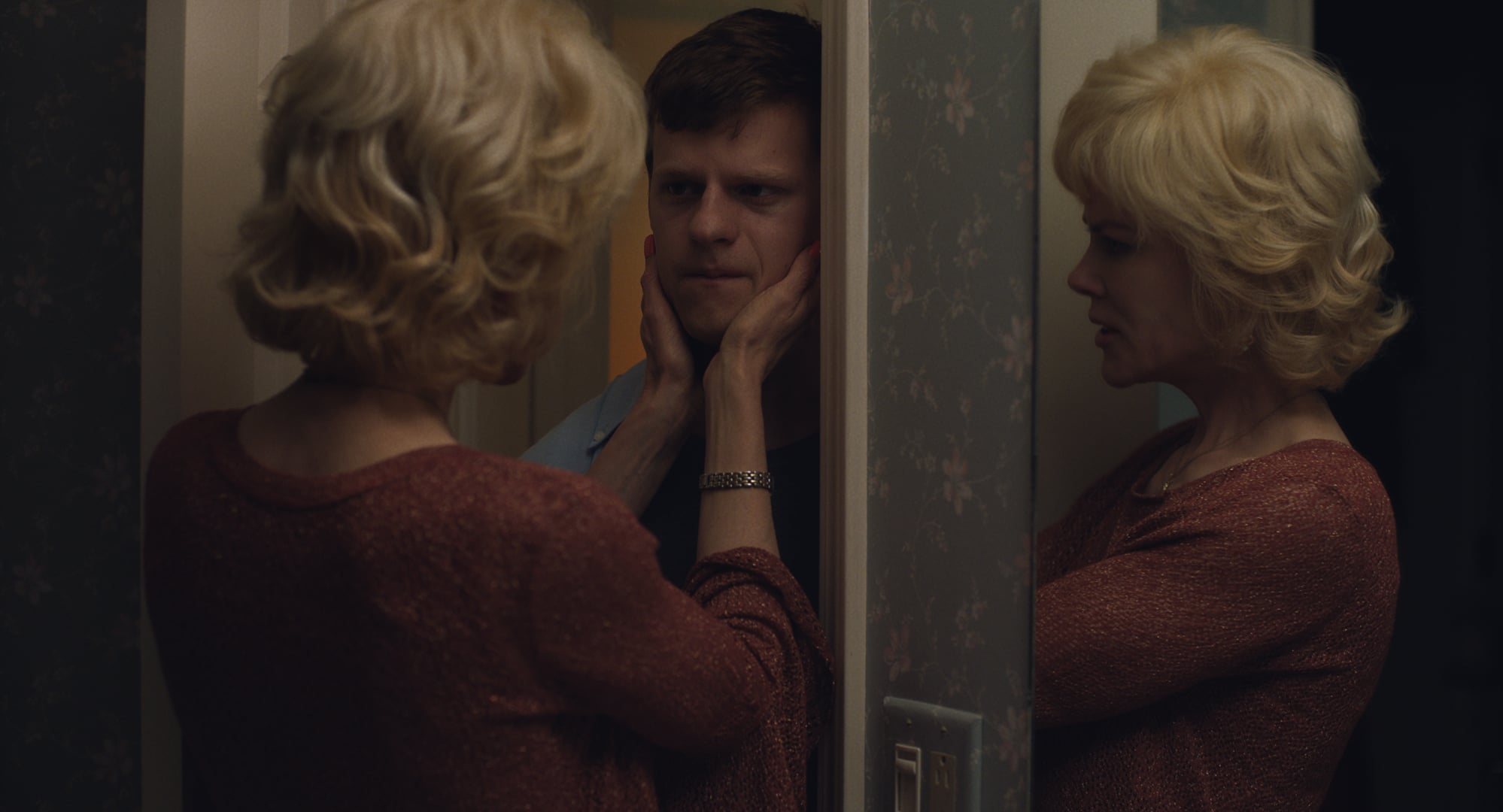 PS: In the end, did you have to have any sort of reckoning with yourself? Did you do any sort of personal healing before you really started figuring all this out?

GC: Yeah. I'd like to say that I did . . . I mean, I think my struggle is very much just alive in my interviews and when I talk to people. Actually, until recently, I haven't really had health insurance or money for a real therapist. Not a conversion therapist, but the real kind. So it's been like I'm airing it out in public. It's kind of an interesting thing to do.

PS: Do you think there are some people who are just never going to change?

"People are living in shame and fear. That's tough. And they're being called "faggot." It's happening all the time."

GC: I think you ignore them after a while. This is where my stance is right now: I'll have a conversation with someone and say, "Here's why human rights are not up for debate. Here's why identity is not up for debate." And I'll explain that carefully. And if someone, after hearing that explanation, after having a conversation, continues to say, "Well, I still don't think that they should X," whatever, then it's time to let them go. I think because there's no basic human decency to even stand on with that person. And I think we have to, because there are people like Trump in the world, who may not be evil, but are totally insane. And I think Mike Pence is the closest we've seen to evil, actually.

PS: Yeah. Totally. So you said in something that you wrote, I don't remember where it was exactly, but about how being an LGBTQ person, you can have the best upbringing, you can have parents who don't traumatize you or friends who don't traumatize you but, really, society as a whole builds that shame into you. Do you see this always being a part of the LGBTQ+ journey? Is this just kind of our life's lot?

GC: I hope it's not. No. I don't think it's inherent to our identity. I think it's part of our history that needs to be recorded forever so it doesn't happen again. But I think right now, we just aren't in a place where shame can be a topic of discussion. I mean, just going back to Arkansas, every time I'm like, OK, this is what's actually happening on the ground. People are living in shame and fear. That's tough. And they're being called "faggot." It's happening all the time. I always hate to be the downer in the room.

GC: I know. I mean, I wish I could be like, "Let's make Call Me By Your Name 2. It'll be great." Instead, we just made this really incredibly sad story that triggers people. But it has to be done, I think. My sense on that is that we need an abundance of stories. And we need to stop pitting ourselves against each other. It's like, I get it. There are politics to every single thing that gets made.

Joel Edgerton was able to make this because he is a very powerful straight white man who has good friends who will get on a movie with him and make it mainstream. And we both knew that and we weren't cynical about it, but we were business-minded about it. Like, "I want this to be mainstream and let's hire as many LGBTQ people in it, both in front of the camera and behind the camera, but also, you're going to help me, as an ally, do this." And he did.

PS: It seems like he put a lot of care into it.

GC: He's a real ally. You don't meet that very often. You meet people who are doing it because they think it's going to be good for their career or, whatever, make them look good. But, in fact, Joel taking this on, it didn't, at first, make him look good. People were like, "Why is a straight man directing this? Why are we doing this?" I mean, of course, there will still be that murmuring going on — I think it's an important conversation to have — but we knew what we were doing with making something mainstream like that.

GC: We want it to be a topic of conversation in every living room. And it's tough. I hope that we get to a point where we just have an insane amount of great LBGTQ films, or just eventually get to the point to where they're just films. And there are gay people in them sometimes. 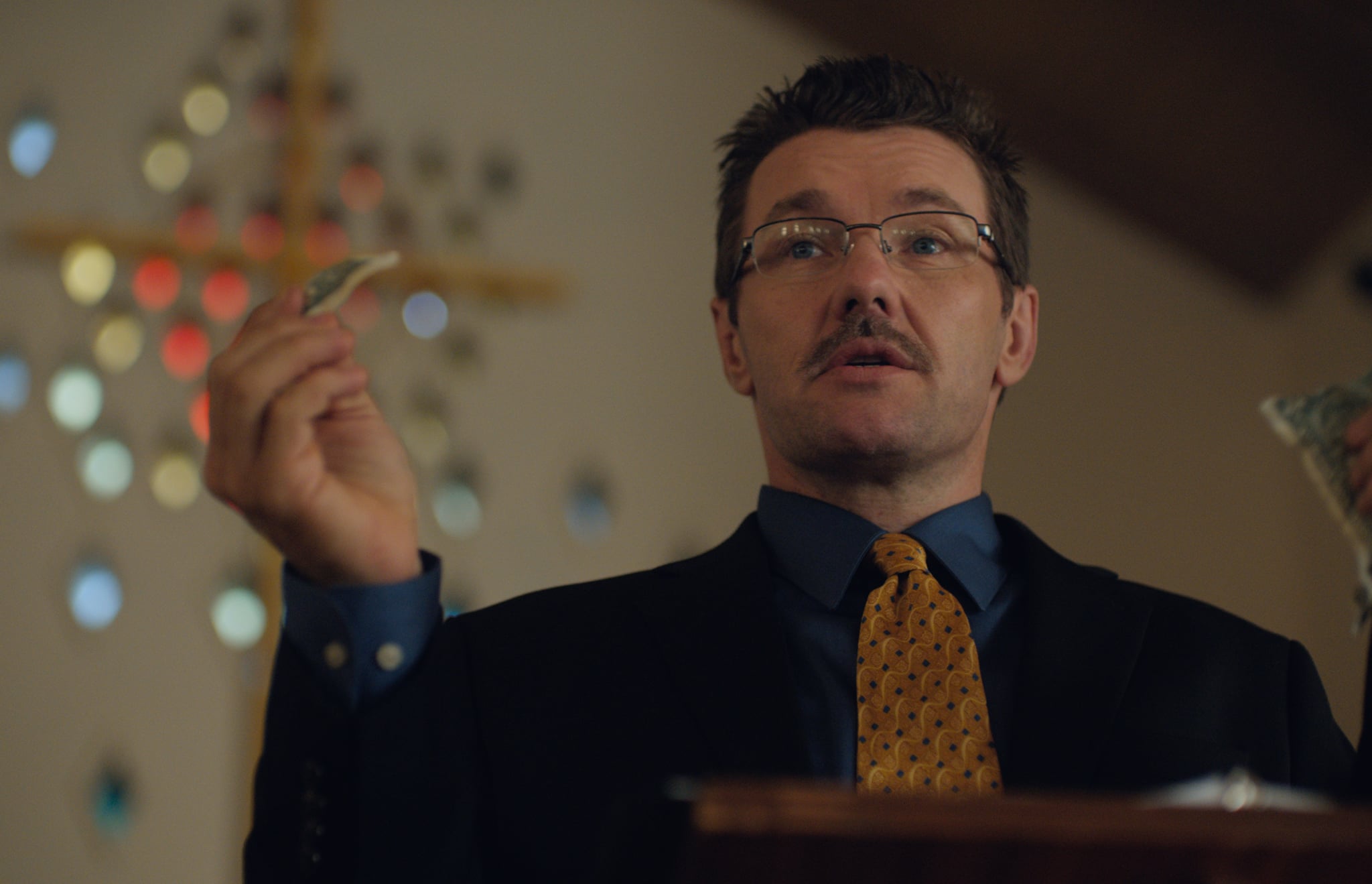 GC: I haven't. I've heard from a lot of survivors. But the smaller group that I was in, I haven't heard from anyone from that, which is so crazy.

PS: Have you ever looked into it or reached out?

GC: Yeah. I actually put out this Facebook ad that was targeted, and also, I joined a secret Facebook group for survivors of Love in Action.

GC: And no one in there. It's weird. But yeah. Especially Jay, in the book, I wish I knew what he was doing now. He was a genius, so, it would be great to know.

PS: And then Victor, too. I mean, that little end tag in the movie that kind of gives an update on him was really interesting.

GC: Yeah. The real Victor Sykes, I got him to donate his materials to the Smithsonian by appealing to his ego. But, no. I mean, it's so messed up to say he's a wonderful person now, but he's become more of a human. He's married to a man, living in Paris, TX, making furniture. He participated in the podcast that we're doing called UnErased. And so, he's taking the right steps. He's apologizing to people. It's never going to be perfect. I think when you're responsible for so many people's deaths and you know that, you've got to be in a certain state of denial to even function.

GC: So I wish him the best, but I also don't really want to hang out with him. Even though we're Facebook friends.

PS: Totally fair. Oh, are you?

GC: I defriended him one time and he sent me a message. And he was like, "Why did you defriend me?" I was like, "Oh, I guess it was a mistake." It was just too much trouble to deal with, and it's like, I'm never on Facebook anyway so let's just be friends.

Harry Potter
What to Know About J.K. Rowling's Involvement in HBO's Harry Potter Series
by Amanda Prahl 17 hours ago 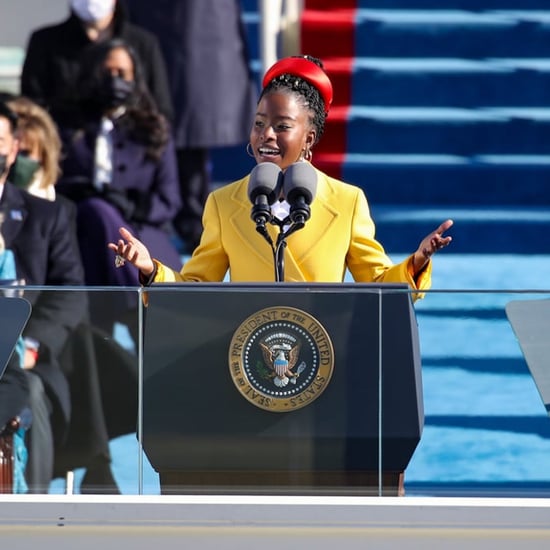 Netflix
If You Loved Netflix's Lupin, Crack Open One of the Books That Inspired the Series
by Camila Barbeito 2 days ago