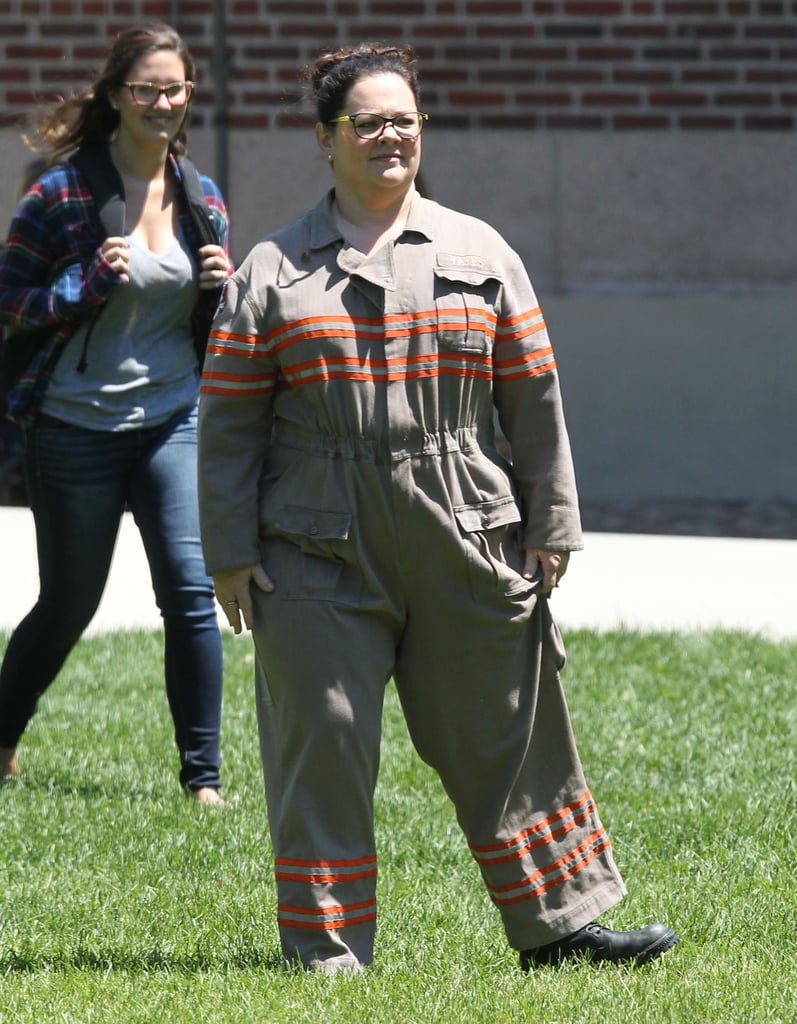 See Melissa McCarthy Decked Out in the Ghostbusters Uniform on the Set!

There's over a year until Ghostbusters's July 22, 2016, release date, but you can get a sneak peek of the movie now! The Paul Feig-directed reboot has a fabulous female-led cast (plus Chris Hemsworth) and shooting began in Boston last month. Melissa McCarthy was decked out in the signature Ghostbusters uniform, Kristen Wiig is all business, and Kate McKinnon . . . well, who even knows how to describe her outfit. Take a look at all the pictures so far and in case you missed it, you need to watch Ellen DeGeneres scaring the crap out of Kristen Wiig with a "real" ghost.