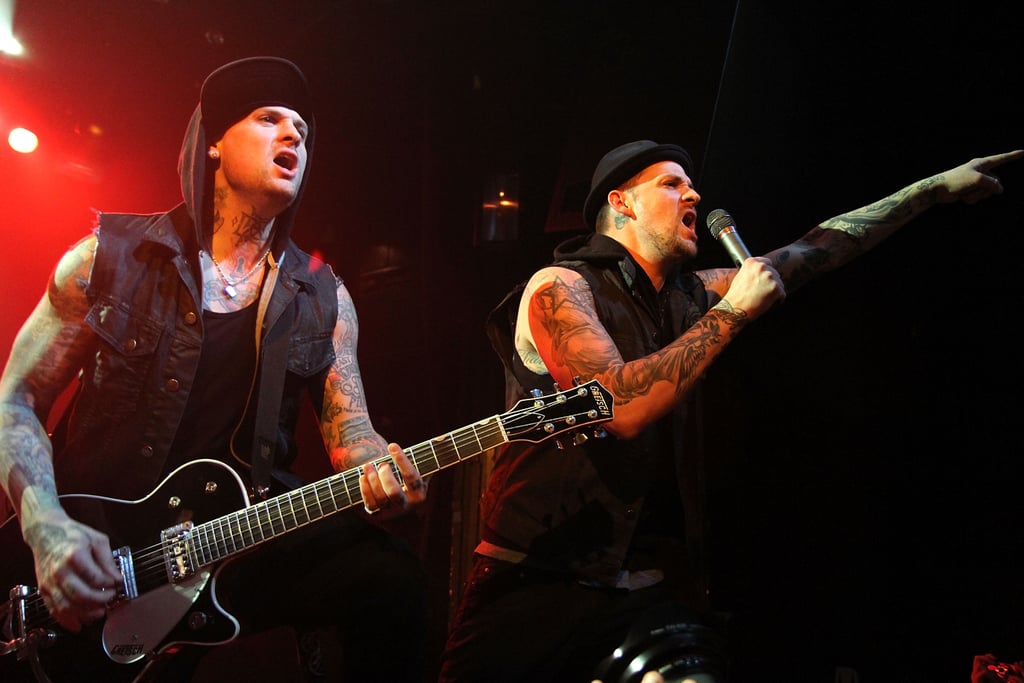 They'll Take You Back to Your Childhood Days

Don't call it a comeback, but Good Charlotte has returned to the stage once again after releasing their first album in six years. On Oct. 25, I was fortunate enough to reunite with my favorite band, and needless to say, I was beyond thrilled. You see, me and the boys have this connection that dates all the way back to my adolescent years. Now, that may not seem like a very long time given the fact that I'm only 25 years old, but hey, like I said, we have a connection. I've watched them play countless shows all across California, hung out backstage with them, talked to Paul Thomas about him living in Oakland, CA, and was even Benji Madden's first fan reply on Twitter in 2009 (trust me, I did my research).

While I definitely knew what I was in for, my boyfriend, on the other hand, did not. For years I'd been trying to convert him into a GC fan by explaining to him that Good Charlotte was more than a band, and that their concerts weren't just your ordinary shows. "Every time I go to a Good Charlotte concert, I leave feeling inspired, like I can take on anything," I told him thousands of times, though only hearing it from me probably didn't help. I guess he'd just have to see for himself — or at least, I hoped he would.

After a few drinks, my boyfriend and I arrived at The Warfield in San Francisco, CA. The audience was the craziest I'd ever seen it, crowd-surfing, singing every word to every song at the top of their lungs, and it was almost like no time had passed since the first time I saw them in high school at the Hearst Greek Theatre in Berkeley, CA. Their set list included hits like "Girls & Boys," "The Anthem," "Lifestyles of the Rich and Famous," some of their newer stuff off of their Youth Authority album, and my personal favorite, "The River." In between songs, Joel and Benji would stop and speak to the crowd; they talked about their humble beginnings, and how Benji managed to pull himself out of a difficult time in his life. At one point, he even told the crowd, "If you work hard and you never give up, you can do anything you want to," proving once again that he hasn't lost his anthem. That was also the moment I looked over at my boyfriend and noticed that he now knew exactly what I had been trying to explain to him this whole time. He felt the connection, too.

The boys are set to wrap up their tour on Nov. 23 in Dallas, TX, and while Benji has said that they may only have one more album left in them, that doesn't necessarily mean they'll be gone for good. Benji and Joel have been serving as judges on The Voice Australia, and recently launched a management company called MDDN. In the meantime, here are all the reasons you'll love going to a Good Charlotte concert, even if you're not a fan.