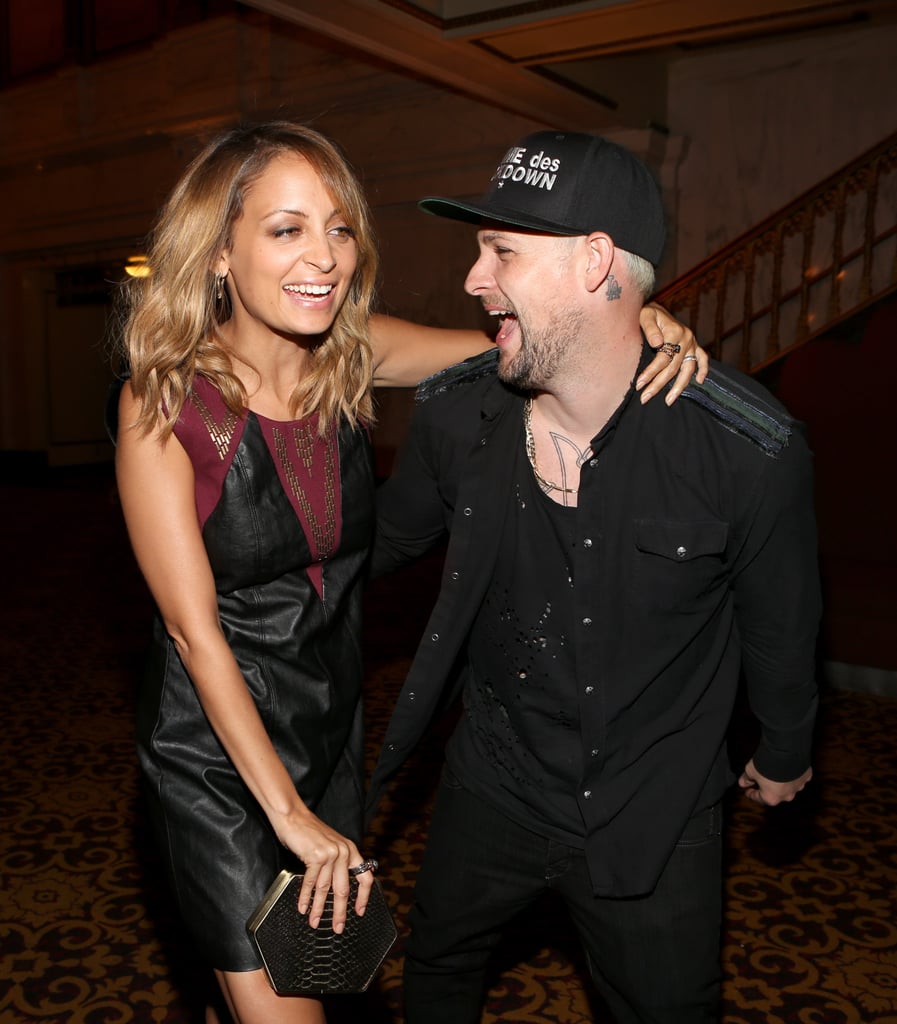 The fact that Nicole Richie and Joel Madden like to keep their relationship private is pretty romantic in itself, but ever since these two got together in 2006, we've gotten bits and pieces of how their beautiful romance came to be. While the couple tied the knot in Decemeber 2010 and share two children together, daughter Harlow Winter Kate and son Sparrow James Midnight, Joel admits that asking Nicole to marry him wasn't exactly the easiest task, recalling, "I asked her to marry me 10 times before she actually said yes." Even so, the House of Harlow fashion designer has gone on record saying that the Good Charlotte rocker is "very romantic" and what holds them together is their "appreciation for the same things." Keep reading for a look at the sweetest things Nicole and Joel have said about each other, and then relive their Winter-themed French wedding.