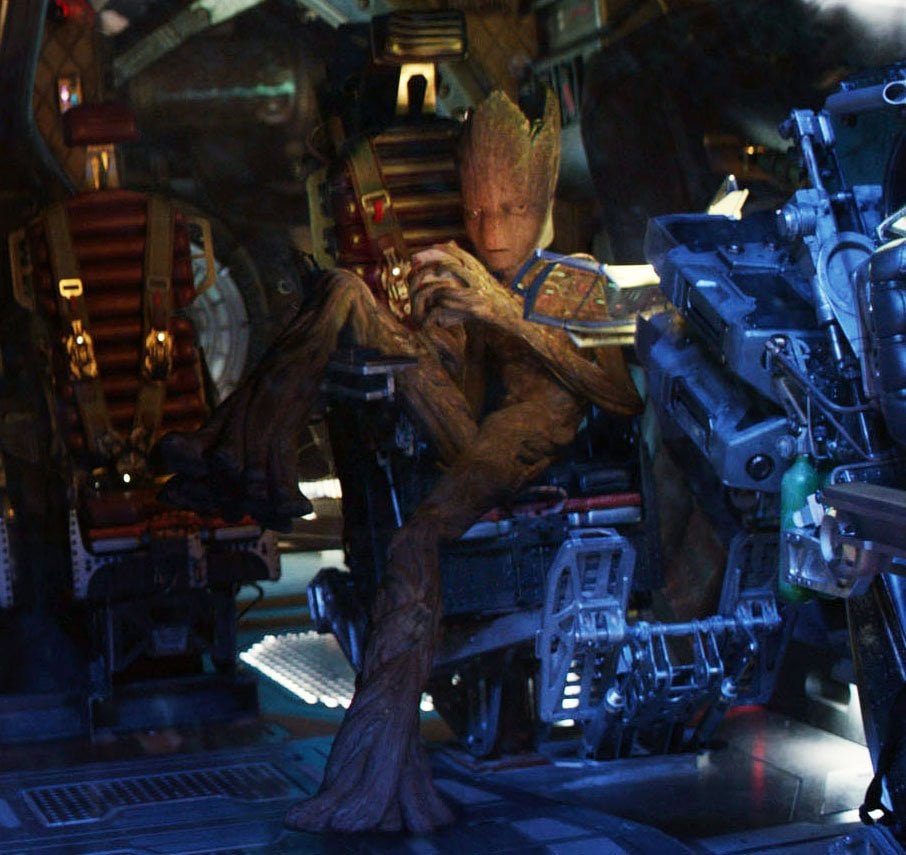 James Gunn is in the business of two things: directing awesome movies, and destroying my soul one tweet at a time. After helming both Guardians of the Galaxy films, he knows quite a bit about the movie's beloved characters. In fact, he's so well-acquainted that he can apparently decode Groot's inscrutable language. It's because of this that he was able to confirm a few months ago that the Groot we initially meet in the first Guardians is dead (which I still haven't fully processed, to be honest), as well as his latest revelation regarding Avengers: Infinity War. Fair warning: it will break you.

At the end of Infinity War, when Thanos dramatically snaps his fingers and vaporizes half of the universe, Groot is among the fallen. Although Groot doesn't have a drawn-out, tearful goodbye like Spider-Man, it's heartbreaking because of how simple it is. With one final "I am Groot" directed at Rocket Raccoon, he disintegrates. So, what does that last line mean?

One fan decided to ask Gunn just that, and his answer is appropriately upsetting: "Dad."

@JamesGunn Might be too soon to ask this, but do you know what Groot's last line is at the end of the movie?

Seriously, James Gunn? Was watching all of our favorite heroes bite the dust — literally — not enough emotional torture? Because the idea of everybody's favorite talking tree thinking his talking raccoon buddy is his dad is somehow one of the saddest things I've ever heard. According to Gunn, this unexpectedly devastating moment has been in the script from the beginning.

I’m sorry! He asked! It’s in the script!

Sundance Film Festival
In Emergency, Donald Elise Watkins Poses the Uncomfortable Question: "What Would You Do?"
by Monica Sisavat 13 hours ago

Idris Elba
A New 007? Idris Elba May Replace Daniel Craig as the Next James Bond
by Njera Perkins 19 hours ago