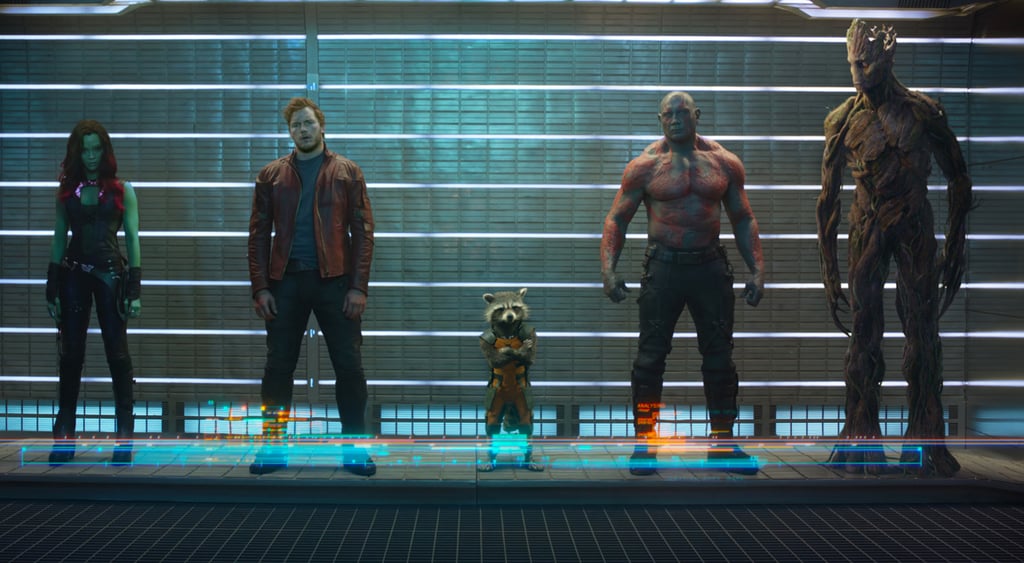 Guardians of the Galaxy is one of Summer's most buzzworthy movies, and not just because it's the latest Marvel comic-book adaptation. The stars of the movie all transformed themselves for their space-traveling counterparts, including Chris Pratt buffing up to play Starlord and Bradley Cooper voicing a raccoon named Rocket. Though most of the cast members are household names, you may be surprised when you see the celebrities and their characters side by side. Keep reading to see Starlord and Rocket, plus Gamora (Zoe Saldana), Drax the Destroyer (Dave Bautista), and Groot (Vin Diesel) — just slide right for the character and slide left for his or her real-life counterpart.

Dave Bautista as Drax the Destroyer