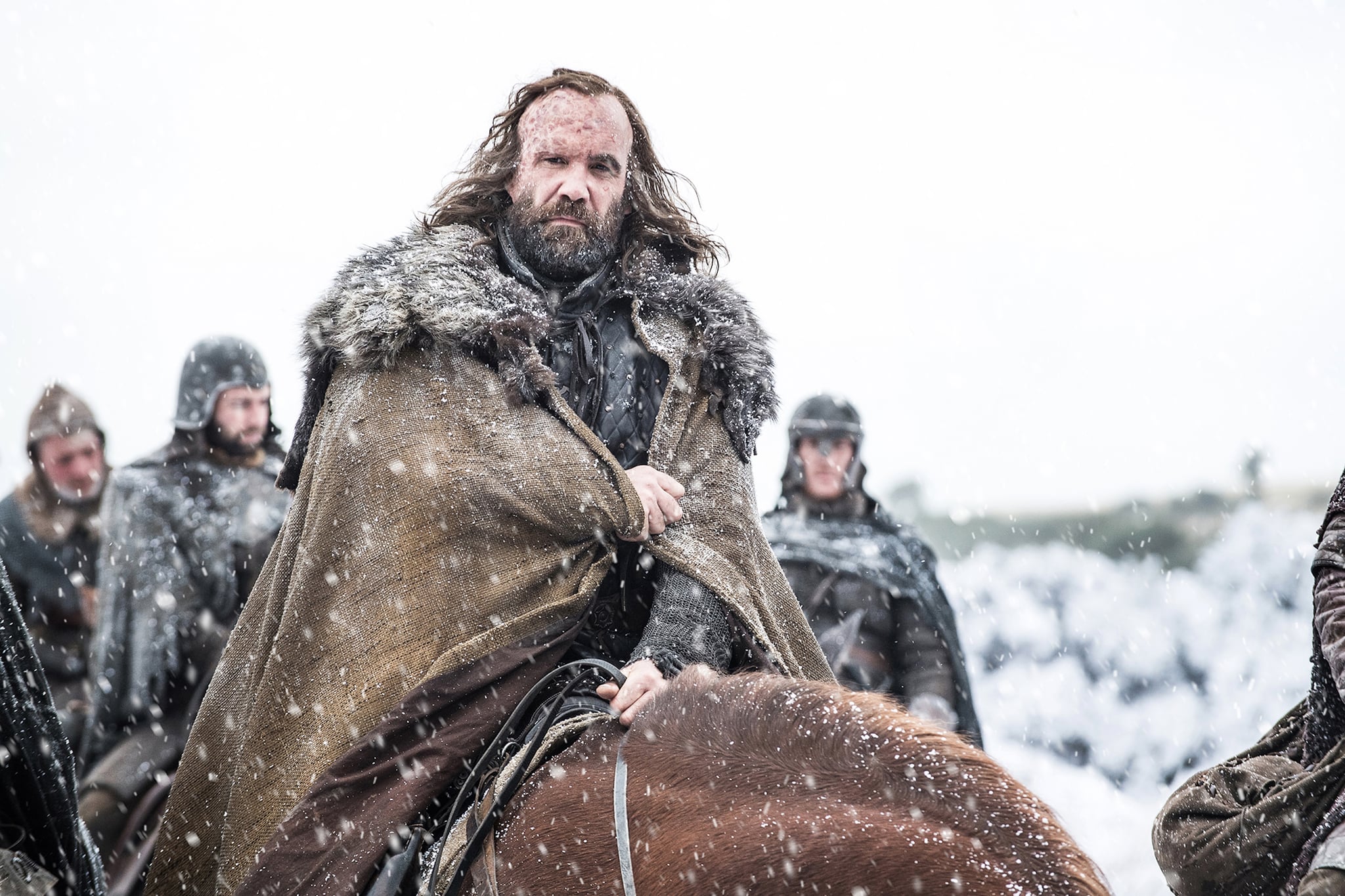 The Hound wants you to know he's not here for the man bun. Or "topknot," for that matter. In one truly unexpected moment during the Game of Thrones season seven premiere, The Hound (Rory McCann) gave his two cents on Thoros's (Paul Kaye) hairstyle of choice. With a nod to Thoros's receding hairline, The Hound said, "You think you're fooling anyone with that topknot?" Yes, that's right, the word "topknot" made its way to Game of Thrones. Always full of surprises, this show.

"You think you're foolin anyone with that top knot?" -the hound, but also me at every man bun guy in coffee shops writing a novel #GoT

The Hound just roasted a guy for having a topknot 😂😂 #GOTS7

is there anything more 2017 than the hound insulting thoros's topknot