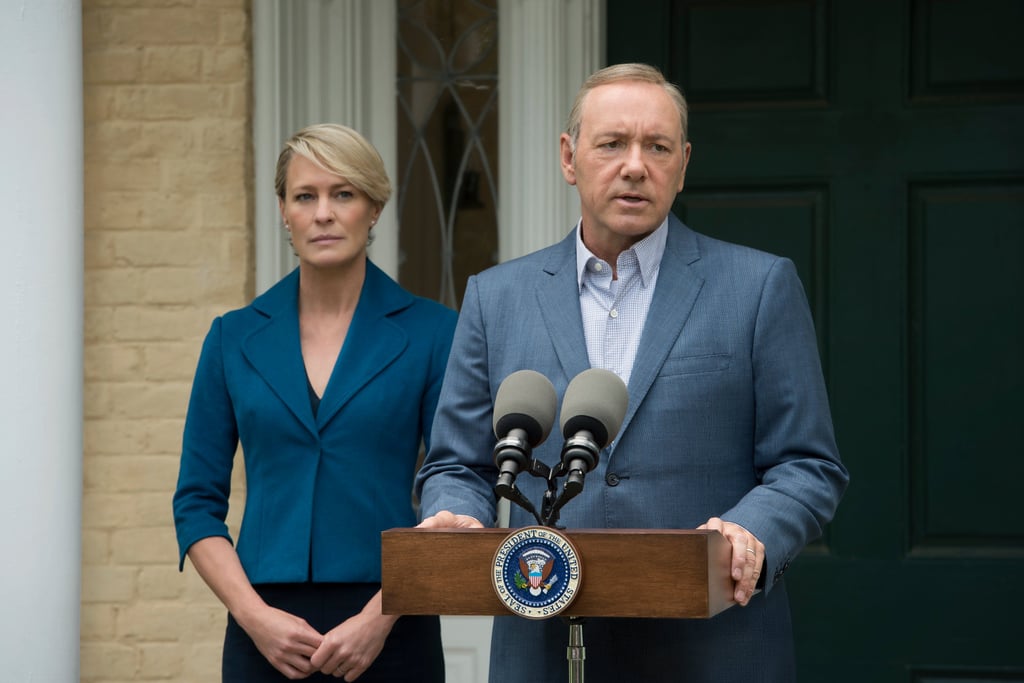 Before Watching House of Cards, Brush Up on How Season 4 Ends

In the midst of a real-world political climate that's often stranger than fiction (to say the least), can we even really be surprised by what happens on a show like House of Cards anymore? Well, probably yes. The show's fifth season drops on Netflix on May 30, and just in case you forgot how insane the end of the fourth season is, here are a few reminders. Just in case this isn't stressful enough, there's always the season five trailer to watch again!

Related:
Everything We Know About House of Cards Season 5
Previous Next Start Slideshow
House Of CardsNetflixTV
Around The Web

Netflix
Feeling Like a Fairy After Watching Fate: The Winx Saga? Jam to the Magic Soundtrack
by Camila Barbeito 8 hours ago

Netflix
The 4 Biggest Changes Fate: The Winx Saga Made to the Winx Club Source Material
by Grayson Gilcrease 11 hours ago