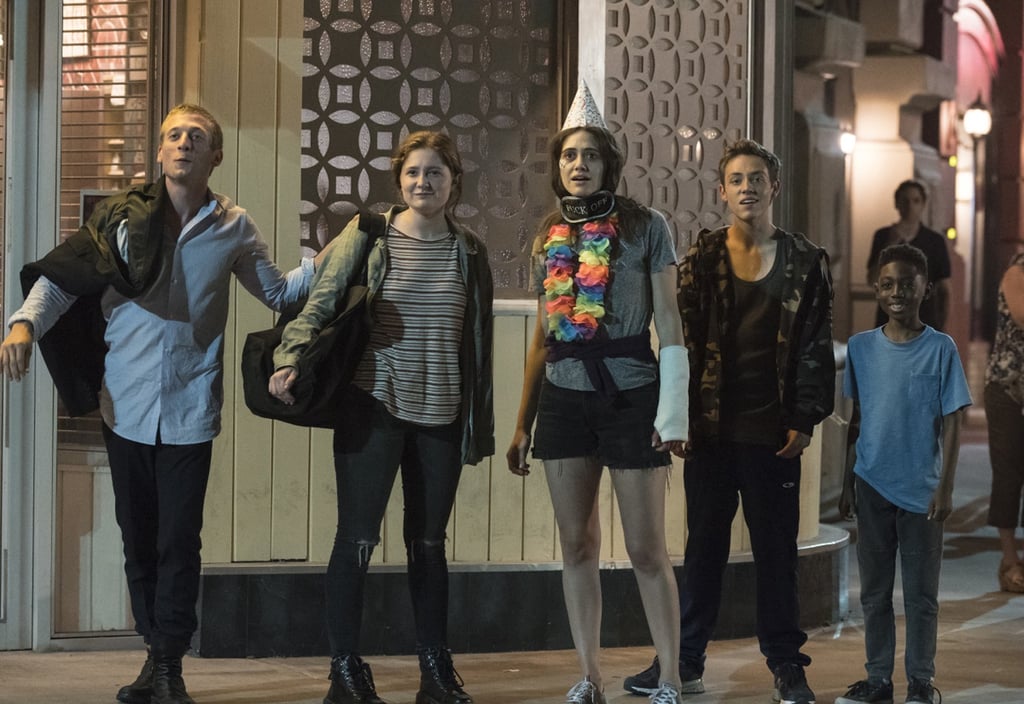 Warning: the following post contains spoilers for the Fall finale of Shameless.

Old habits die hard, but when you're a Gallagher, old habits die really hard, then they die again even harder, and then, after a sliver of hope that everything's going to be OK, the old habits creep up and die the hardest. The title of the season nine Fall finale of Shameless can attest to that: "Down Like the Titanic," which Fiona used to describe her financial situation after her big real estate plans came crashing down along with her living situation, her relationship, and her well-being, all plummeting simultaneously.

Since Emmy Rossum announced that this season of the beloved Showtime series would be her last, fans freaked out, but after seeing how we said goodbye to Cameron Monaghan's character last week, we're starting to think about Fiona's impending departure and how it's all going to go down. This year, the show is being split into two parts and will pick back up right where it left off on Jan. 20, 2019. As for the way the Fall finale ended, well, we have a lot of questions, but one thing we're sure of is that Fiona is headed back down a dark path, and it's setting up how she will ultimately leave the show.

After learning that her scruffy Irish boyfriend Ford has a wife and a secret family (sadly, not the first time this has happened to Fiona), she drunkenly crashes her car (like, seriously totals it), and recklessly retreats back to her apartment to hide from the mess. Ford learns the hard way not to mess with the Gallaghers, but revenge cannot undo the damage that is done and Fiona must face reality. She loses her building, is pushed out of her deal with Max Whitford, misses taking Ian to jail, and once again, finds herself at rock bottom — or back at the Gallagher house, sitting on a lawn chair wearing a lei, a hat that reads "F*ck You Very Much," and a bottle of vodka by her side.

Showrunner John Wells spoke with The Hollywood Reporter following Sunday night's finale to discuss what the rest of the season could look like for Fiona. "[Her] downfall was inspired by something many members of the working-class experience as they try to improve their own circumstances," he explained. "It also sets the stage for the back half of season nine (coming in January) to watch Fiona pick herself back up again and figure out what kind of person she wants to be now that her family, for the most part, no longer needs her to be their parental figure."

Ahead, find some possible theories about how we think Fiona's story is going to come to an end throughout the rest of season nine.

Related:
The Cast of Shameless Is Even Closer in Real Life Than It Is in Southie
Previous Next Start Slideshow
ShamelessEmmy RossumTVTheories