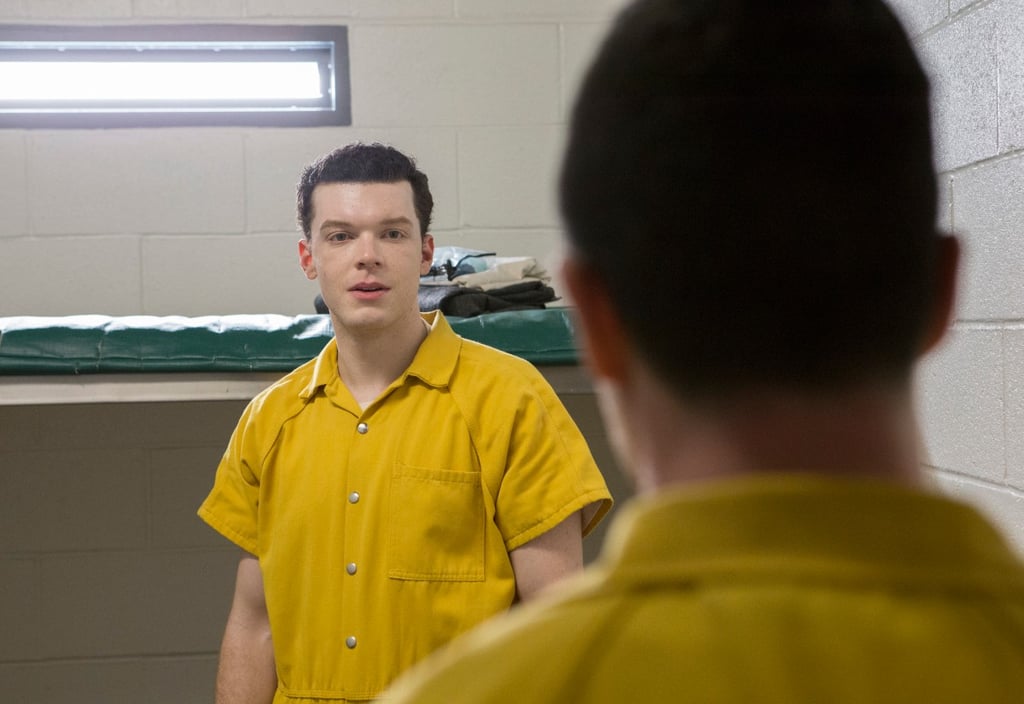 Shameless Fans Say Goodbye to Ian in the Most Emotional, Uplifting Way Imaginable

Last week, actor Cameron Monaghan shockingly announced that he'd be leaving Shameless after 9 emotional seasons. Not only that, but also that the upcoming sixth episode would be his last. Fans feared the worst of how the long-running series would include his departure, and while we definitely had some ideas — a long-term prison sentence for the arson charges, possibly running away to Mexico to reunite with his love Mickey Milkovich, or even a sad death — nothing could've prepared us for the emotional episode that would send Ian Gallagher on his way.

As Ian prepared for his last day as a free man during "Face It, You're Gorgeous," the Gallagher family did what they do best: Frank chased after a woman, Fiona ran away from a conniving man, Lip battled with his sobriety, and the family shared some laughs over fast food. As Ian turns himself in to serve two years in prison, the family joins together for one big group hug (sans Fiona), proving just how strong their love is.

For each of the Shameless characters, relationships have come and gone, but the one couple we've always held onto is Ian and Mickey (sorry, Jimmy and Steve). The last we see of Mickey, he's dressed in women's clothing, moving across the Mexican border after breaking out of jail. But after his dad's reappearance in last week's episode, fans remained hopeful for his return to the show. And it all comes together in Ian's final scene.

Related:
Emmy Rossum Announced Her Departure From Shameless, and Fans Are Freaking Out

After changing into his yellow jumpsuit and finding his cell, Ian's demeanor immediately changes from hopeless to hopeful, turning around to see his longtime love, Mickey, in his cell. Whether behind bars or living freely in Southie, being with Mickey is Ian's happy ending, and it's the perfect sendoff for Monaghan's character. Mickey explains that he ratted on the cartel he was working for in Mexico, and in turn, was able to pick out any prison he wanted to go to, leaving him no choice but to return to Chicago for the chance of reconnecting with Ian. Needless to say, their reunion tugs at our heartstrings and reminds us why "Gallovich" is the meaning of true love.

One Twitter user pointed out the irony of the scene when Antonio comes to the Gallagher household to talk to Ian about the prison blocks. He draws the West cells where there are murderers, and then draws the East block of cells, explaining that it's like Disney "with Snickers" and he proceeds to draw the face of Mickey Mouse. Get it? Mickey! Back when Ian and Mickey first make their love official in the convenience store, Mickey steals a Snickers bar from the store. Their love comes full circle when Ian arrives in the "Disney" wing of the prison to unexpectedly run into his love. Read on to see how fans are reacting to the iconic ending, and then check out how much the cast has changed over the course of nine seasons.

Related:
The Cast of Shameless Is Even Closer in Real Life Than It Is in Southie
Previous Next Start Slideshow
ShamelessCameron MonaghanTVTwitter Reactions