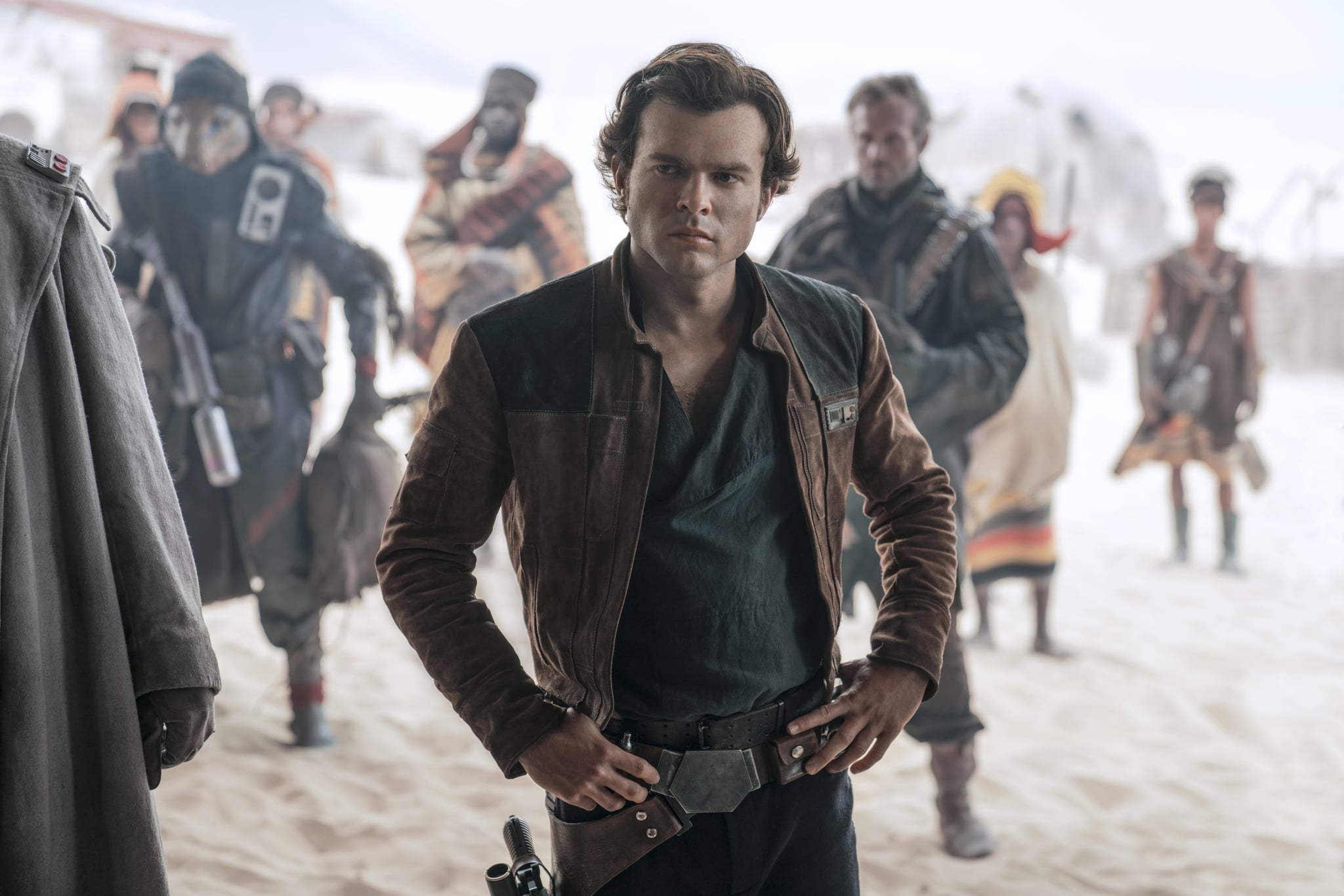 It seems like we've been waiting years for the release of Solo: A Star Wars Story, which finally hits theaters on May 25. This stand-alone Star Wars film will be Alden Ehrenreich's first time portraying Han Solo, and it turns out it might be the first of several times we'll see him in the role. The actor appears to have spilled the beans — perhaps a little too early — about more movies in Esquire's May cover story.

When Esquire spoke with Ehrenreich about all things Harrison Ford and green-juice delivery (the man has varied interests), the publication asked him how many Star Wars movies he'd signed up for. "Three," Ehrenreich said. He quickly followed up his answer with a bit of hesitation, saying, "I don't know if that's officially, uh, public. But — yeah." Oops? It's definitely public now!

Related:
The Han Solo Spinoff Movie Has a Stellar Cast

The Hail, Caesar! and Blue Jasmine star admitted that he studied up a lot in preparation for such a big role ("I did a movie about the Iraq War right before this, and there's almost as much information about Star Wars," Ehrenreich said), and the renewal agreement proves he likely exceeded expectations. If you don't quite get your fix for this new Han Solo in the first spinoff movie, looks like the promise of a sequel is pretty much guaranteed.