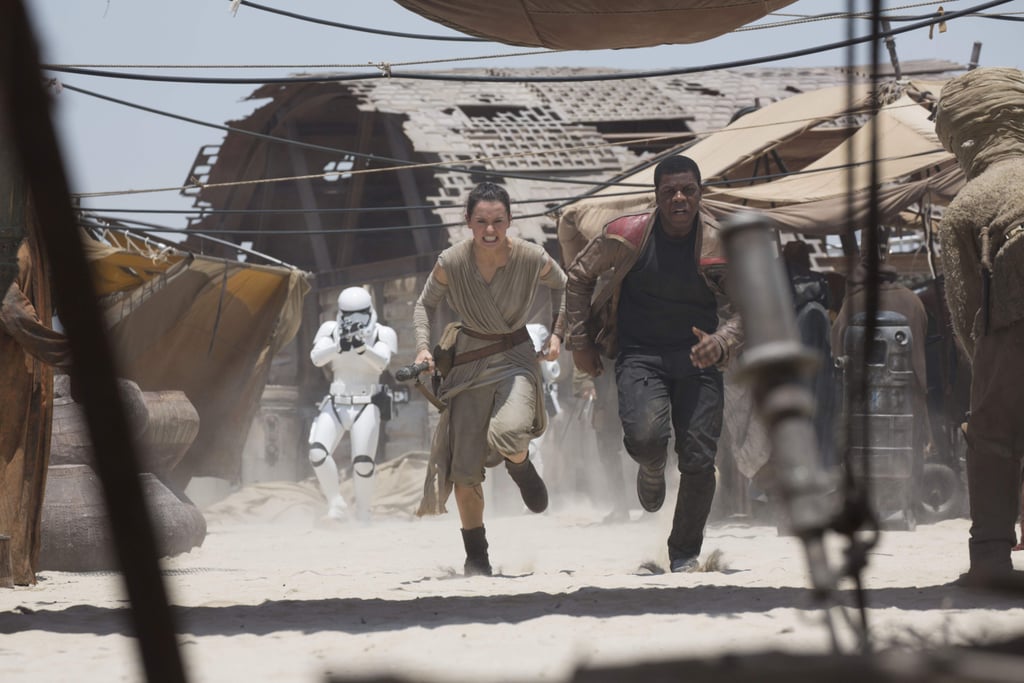 J.J. Abrams Wraps Star Wars IX With a Heartfelt Tribute: "I'm Forever Indebted to You All"

That's a wrap! Director J.J. Abrams took to Instagram on Friday to announce the completion of principal photography on the still-untitled Star Wars IX film. He posted an image of costars Daisy Ridley, John Boyega, and Oscar Isaac hugging one another on set with the emotional note, "It feels impossible, but today wrapped photography on Episode IX. There is no adequate way to thank this truly magical crew and cast. I'm forever indebted to you all."

Boyega — who plays Finn in the film — also shared the heartwarming photo with a message of his own. "That's a wrap on Star Wars episode 9 and the end to a chapter of my life that I couldn't be more thankful for," he wrote. "What a process! It really has been a joy to be in these movies surrounded by amazing people. I personally want to thank @jjabramsofficial for giving me a chance to make my dreams come true." He then ended the homage with one of the movie's most popular phrases, saying, "To our supporters . . . . See you SOON! May the force be with you."

Abrams, Boyega, and the rest of the cast and crew members first embarked on the new-age space journey in 2015 with Star Wars: The Force Awakens. Two years later, they returned for another action-packed chapter with Star Wars: The Last Jedi. The upcoming film is set to be the final installment of the sequel trilogy as well as the 42-year Jedi saga, which began with 1977's Star Wars: Episode IV — A New Hope.

Abrams and Boyega's farewells don't offer any spoilers (seriously, what is the title?!), but we do see that they were filming in a desert-like scene. Could it be the planet Jakku — the homeland of Ridley's character Rey where she first met Finn? Or are we possibly getting a final nod to the earlier Star Wars movies by taking a trip to the desert planet Tatooine — Luke Skywalker's native ground? There are so many theories, but only time will tell. All we can do is try to prepare ourselves for the intergalactic escapade in a galaxy far, far away when it hits theaters on Dec. 20. Read both Abrams and Boyega's goodbyes ahead!