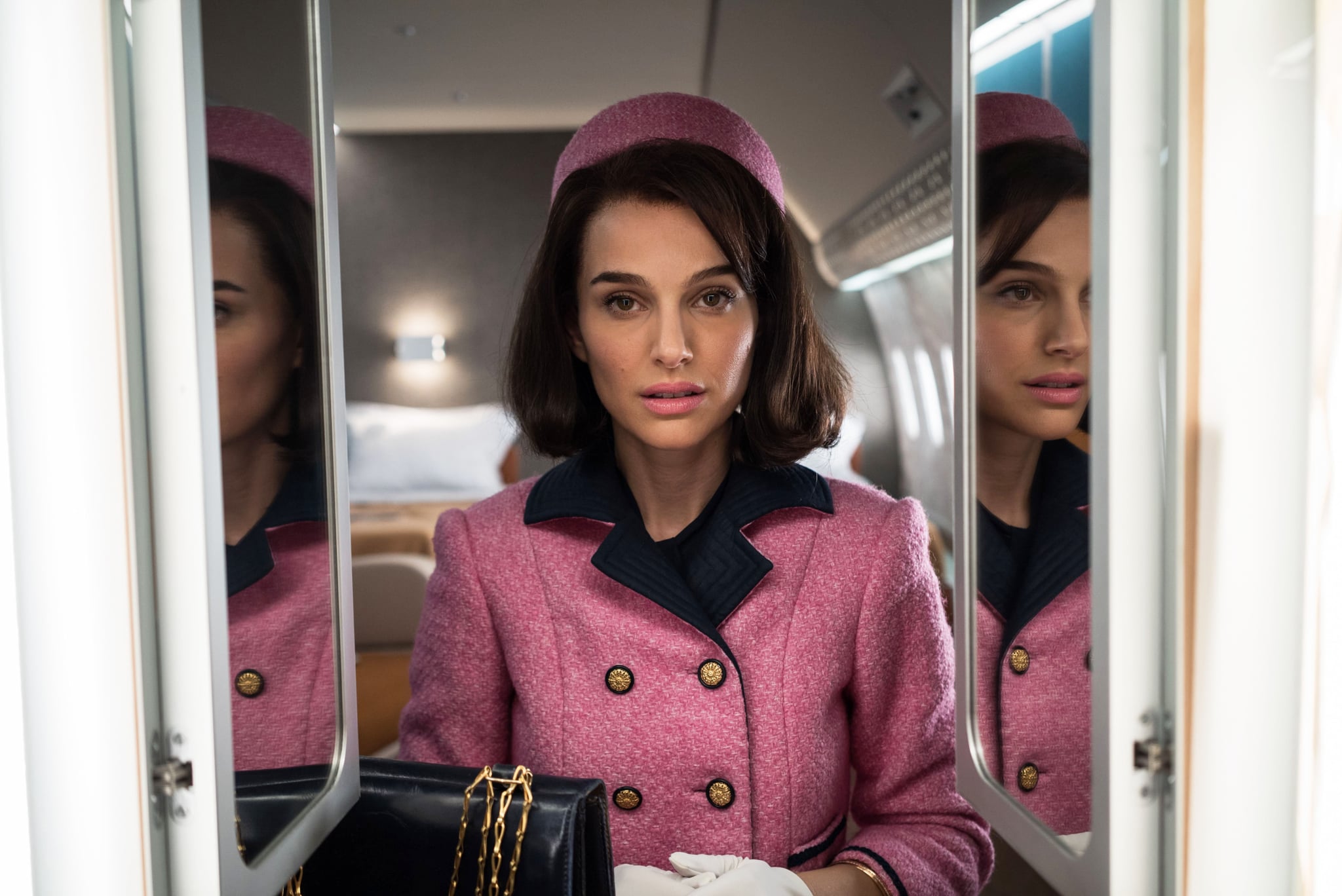 You can smell Natalie Portman's Oscar nomination a mile away. It's no secret that the actress's latest performance — as a grief-stricken Jackie Kennedy trying to find her footing after the assassination of her husband, President John F. Kennedy — is already generating serious award season buzz. Even from the official trailers for the film, both under three minutes in length, it's not hard to see how dramatically Portman has transformed herself for the role. It's not so much physical changes that make the performance so believable and compelling, even though the costumes and the hairstyle certainly take the character a long way. Rather, it's the mannerisms, the strange accent, and other such idiosyncrasies that really bring the performance home.

After an initial viewing of the film, we couldn't help but wonder how accurately Portman portrays the jilted first lady. After all, there are moments that certainly seem exaggerated for dramatic effect. As luck would have it, though, there's a pretty concrete way to prove that Portman's portrayal is spot-on. To help get a sense of her onscreen iteration of Jackie Kennedy, take another look at the film's second trailer, which includes a lot of voice-over.

Her accent is called a mid-Atlantic accent, and it's not quite native to any specific location. Rather, it's an affect of speech that's taught. It served more as a mark of the upper class, an indication of superior education. It might sound wonky or overdone, but is it actually close to how people used to speak?

In the film, we travel back in time to a CBS tour of the White House, which was given by Jackie Kennedy a year before her husband's death. The film leans a lot on this tour; not only is it a contrasting indicator of what Jackie was like before her husband's death, but it also heaps into the film's greater commentary on the first lady's public vs. private personas. The incredible thing is, many of the scenes we witness in Jackie are frame-by-frame re-creations of the original tour. Check out the video below.

Wondering which parts you'll see in the film? Skip ahead to 6:25, where she talks about her "basic plan" as a first lady. Around 14:30, Kennedy talks about a piano that was designed by Roosevelt and goes on to talk about the correlation between the government and the arts. You'll see that in the film, too. Around 41:00, you'll get an interesting speech about Abraham Lincoln and his wife and their personal additions to the White House. And finally, at 49:00, she's joined by President John F. Kennedy himself.

The striking thing is, Portman almost eerily re-creates each of these scenes with stunning bravado. Her exceptional performance only becomes clear after you've watched both the actual tour and her interpretation. The fact that she's able to effortlessly capture the first lady's on-camera personality is crucial: it adds a stunning, impactful realism to everything that happens in between takes and behind closed doors. We may never have seen the private identity of Jackie Kennedy that Portman offers up, but if she's tapped in so viscerally to what we have witnessed, you have to assume the rest is pretty damn close. Jackie hits theaters Dec. 2.