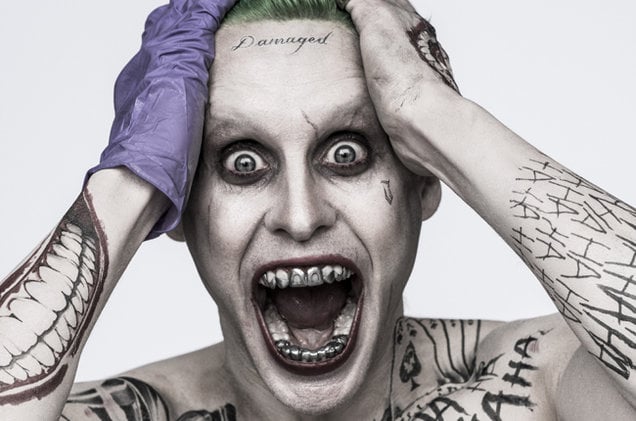 Although Suicide Squad doesn't hit theaters until August, we've already gotten a pretty good look at one of the movie's biggest, most maniacal baddies: The Joker. Jared Leto is playing the green-haired, murderous villain and has had a terrifying method approach to getting into character that involved sending his costars dead animals and used condoms (you know, standard gifts) and generally acting like a total nightmare on set. On Tuesday, Leto shared an in-character selfie on Twitter that confirms, once and for all, just how horrifying it must have been to be his costar. With a blurred face and mouth in a wide open scream, it's clear the character is going to be even more bonkers than anticipated. Check out his disturbing selfie below, and then see more exciting photos of the cast.