If there's one thing I learned at the Summer TCA panel for Supernatural, it's that Jensen Ackles and Jared Padalecki love their fans. The two are coming up on a 10th season playing Dean and Sam Winchester, and while we did get spoilers for the new season, it was mostly Ackles and Padalecki talking about how the show's giant fan base has kept them wanting to come back year after year. Here are some of their best quotes from the panel about Supernatural viewers, their relationship with each other, and why the show probably won't end anytime soon. 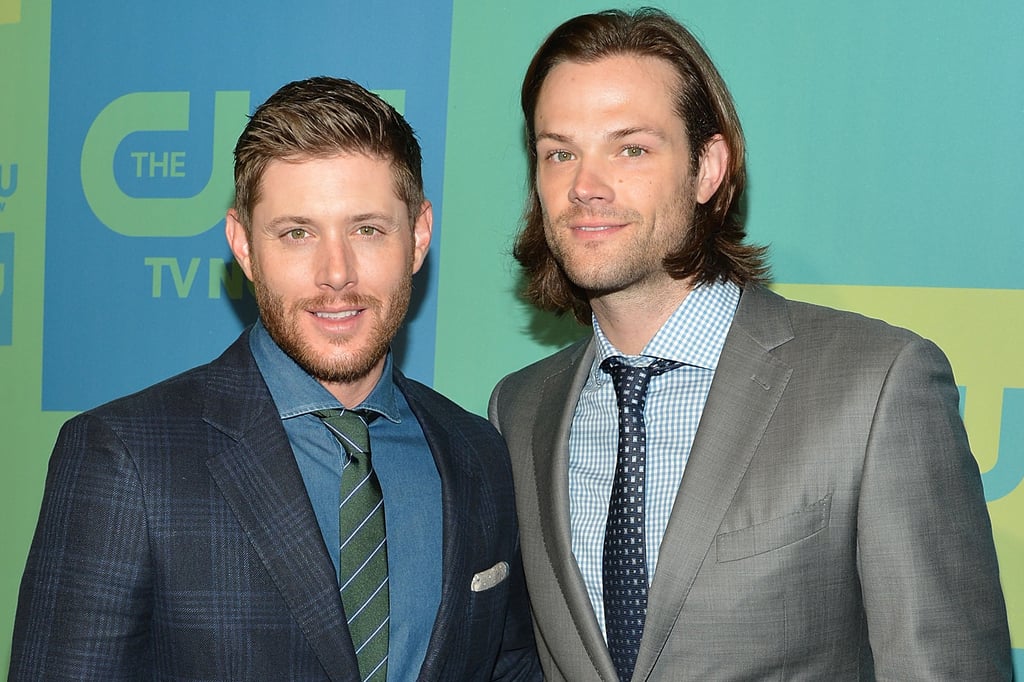 On Developing a Brotherhood With Each Other

"We have spent probably more time with each other than with any other human on the planet over the past 10 years. I've learned a lot from him, and he is a brother, on and off screen. We'll forever have a friendship that is a lot different than most because of what we've gone through together. It's been an amazing ride, and I'm glad we're still chugging through together." — Ackles

"I would be doing it a disservice to try to put into words what I've been through with Jensen. We've more than grown up together. We went from single 20-somethings to fathers, husbands, and it's hard to quantify in a few short sentences exactly what all that encompasses." — Padalecki

On Whether the Show Will End Soon

"The short answer is no. I truly do care about this show and Sam Winchester. I'm 32 years old tomorrow, and I've spent nine years of my life with him, and I don't want him to be broken down to something that I end up not respecting. I respect this character, and I respect this show and all our writers and all our actors. We know the show enough and the characters enough to know if there's an end coming. I think we'll all see it and we won't have to push it. For me, I've been able to do a lot during the show. I have some kids and a wife. I love my personal life very much, and when it's time to end my Sam Winchester hat, I'll welcome that chapter." — Padalecki

"We're still on the same page, which is that we still all get excited about it, and that hasn't tarnished; it continues. I remember getting the last script of the season-nine finale, and I got all giddy about it; I got excited to see what happens in season 10. As long as there's that fulfillment, that enjoyment, and that excitement, then yeah, we will keep going. As long as people are still hanging in there with us and entertained. We love telling the story; we love these guys." — Ackles

On Supernatural's Dedicated Fan Base

"What's been remarkable to me is I will meet fully functional adults, whether they're 15- or 16-year-old boys or girls who are talking about getting their driver's licenses and going to prom, and they'll say, 'I started watching Supernatural when I was 6 years old.' I'll go, 'What? What do you mean?!' Jensen and I have the good fortune and take the opportunity to regularly go see our fans, both face to face locally, domestically, and internationally. We meet dozens upon dozens of people who have been watching since they were in school, and now they're having kids of their own as we're having them. It's such an honor to be a part of it. Jensen and I look at each other like, 'Man, are they going to keep watching the show?' And we realize not only are the people who have been with us since the beginning continuing to watch, but we're gaining a whole new audience." — Padalecki

"Just when you think we're able to identify our fans, I'll have a 75-year-old TSA woman checking my passport who will go, 'I love your show, I've seen every episode since season one with my granddaughter. . . . But you're going to have to pour that water out.' It's really inspiring for us to not only meet our fans face to face, but also, with the birth of Netflix, all of our seasons are more available, and I'm hearing more about teenage viewing parties. They'll have sleepovers and knock out a whole season. We just happen to have nearly 200 episodes on demand, so it gives them something to watch, I suppose." — Ackles

On Why the Show Clicks With Young Viewers So Well

"It's not the classic coming-of-age story, but it is about struggling with seemingly insurmountable obstacles, which I think helps a lot of teens who think high school is the worst. This is obviously a very different world, but it's nice to be there for a teenager. These boys literally have the world against them, and they keep fighting. It's a crazy dynamic and a real honor to be a part of it." — Padalecki

"If the fans are latching onto these characters and coming up with their own creativity . . . if this inspires a conversation, fantastic. It's art, we're entertainment, and people can draw from it what they will." — Ackles

"I would love to read some of it, if I had time. I love that it's inspiring, though. That's the point of art and music. I do intend to someday go back and be a fan of it, because I am a fan of this." — Padalecki

Netflix
Will The Watcher Ever Be Revealed? Everything We Know About Season 2
by Megan Hippler 23 hours ago