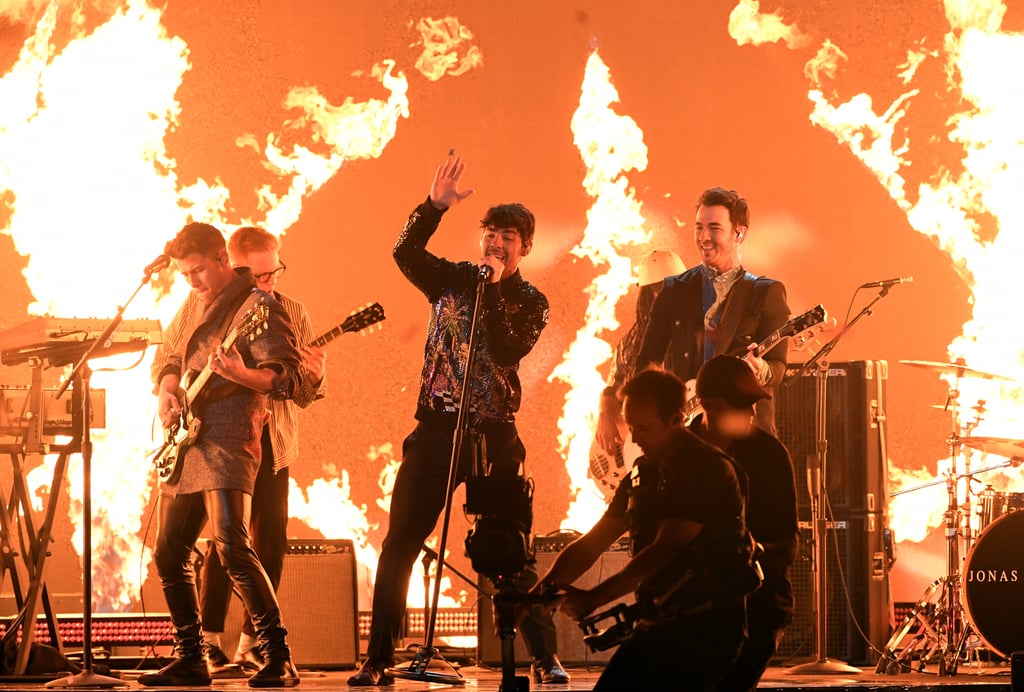 The return of the Jonas Brothers means catchy new love songs, hilarious social media videos, and, yes, even award show performances! On Wednesday night, Kevin, Joe, and Nick took the stage for their first award show performance in over a DECADE at the 2019 Billboard Music Awards. With a sexy mashup of "Jealous," "Cake by the Ocean," "Sucker," and "Cool," the Jonas Brothers showed fans and viewers that they've absolutely still got it.

Just like the music videos for "Sucker" and "Cool," the JoBros' performance was filled with swagger and literal fire. But of course, the cutest moment in their set came when they marched through the audience and took a second to squeeze in a few kisses with their wives, Priyanka Chopra and Danielle Jonas, as well as Joe's fiancée, Sophie Turner, who were all cheering them on.

The trifecta recently announced their new album, Happiness Begins, with tour dates and supercool merchandise, so we have no shame in screaming like our teenage selves during this performance. Check out the video above!