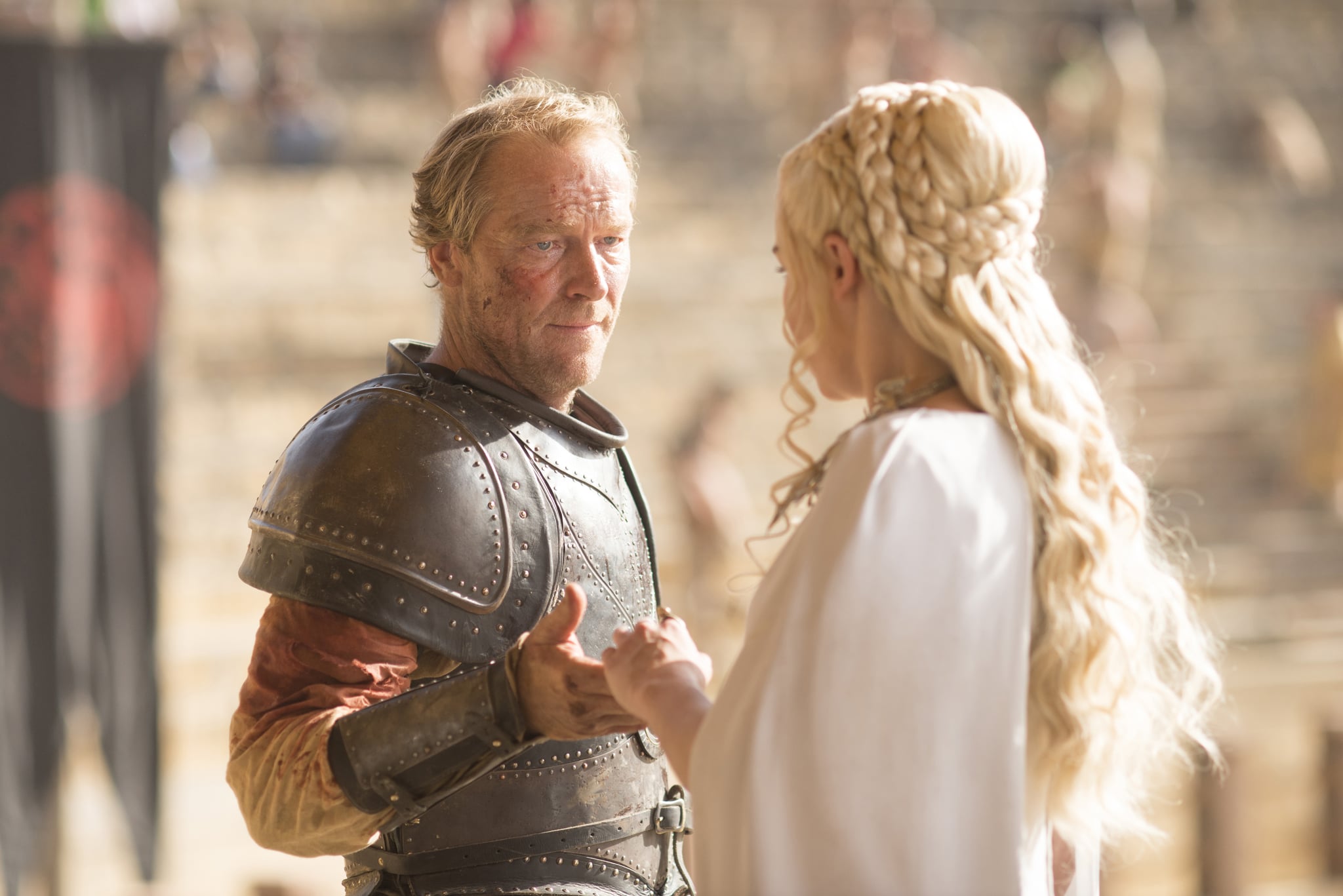 If you're a Game of Thrones fan, then you likely fall into one of two camps when it come to the weird relationship between Daenerys Targaryen and Ser Jorah Mormont: you love it, or you really, really hate it.

Jorah, who is much older than the Dragon Queen in both the books and the TV adaptation, has professed his love for Dany before, but she repeatedly rejects his advances in favor of the more age-appropriate Daario Naharis, much to Jorah's dismay. And who could blame her? Their dynamic is only slightly less creepy than the one between Sansa and Littlefinger (which is saying something). (Can you guess which camp I'm in?) Once Jorah gets infected with greyscale, however, she puts aside their ups and downs and orders Jorah to find a cure so he can return to her.

Jorah's hope for finding something to stop his progression into one of the stone men is all but over at the Citadel before Sam performs one seriously disgusting operation on him, but before that happens, we get a glimpse at the emotionally raw goodbye letter he's in the midst of writing to his beloved Khaleesi. Since the camera glazes over his words too fast in the scene, HBO helpfully released an image of the full letter on its Making Game of Thrones blog. 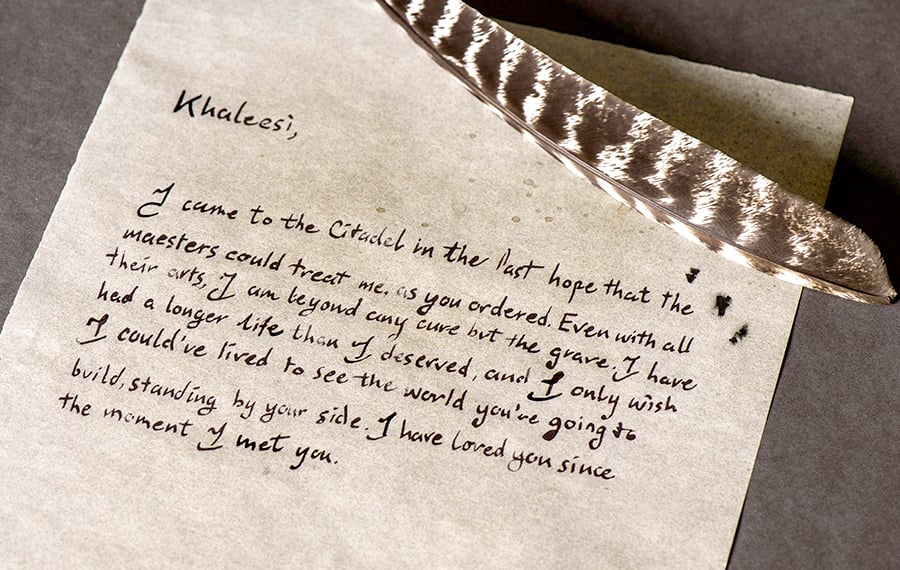 In all of its heartbreaking glory, it reads:

Khaleesi,
I came to the Citadel in the last hope that the maesters could treat me, as you ordered. Even with all their arts, I am beyond any cure but the grave. I have had a longer life than I deserved, and I only wish I could've lived to see the world you're going to build, standing by your side. I have loved you since the moment I met you.

Now, Jorah is still the dude who got banished from his own family home for selling Westerosi as slaves across the sea, so he's not suddenly a saint. But . . . BUT . . . this heartfelt letter did make my opinion of him go up a few notches. With Dany and Jon Snow's meeting already set in stone (er, Dragonstone), it stands to reason that the show could be setting them up for a love connection. Then again, this letter seems significant enough to speculate that a romance between Jorah and Dany is in the works. Crazier things have certainly happened.