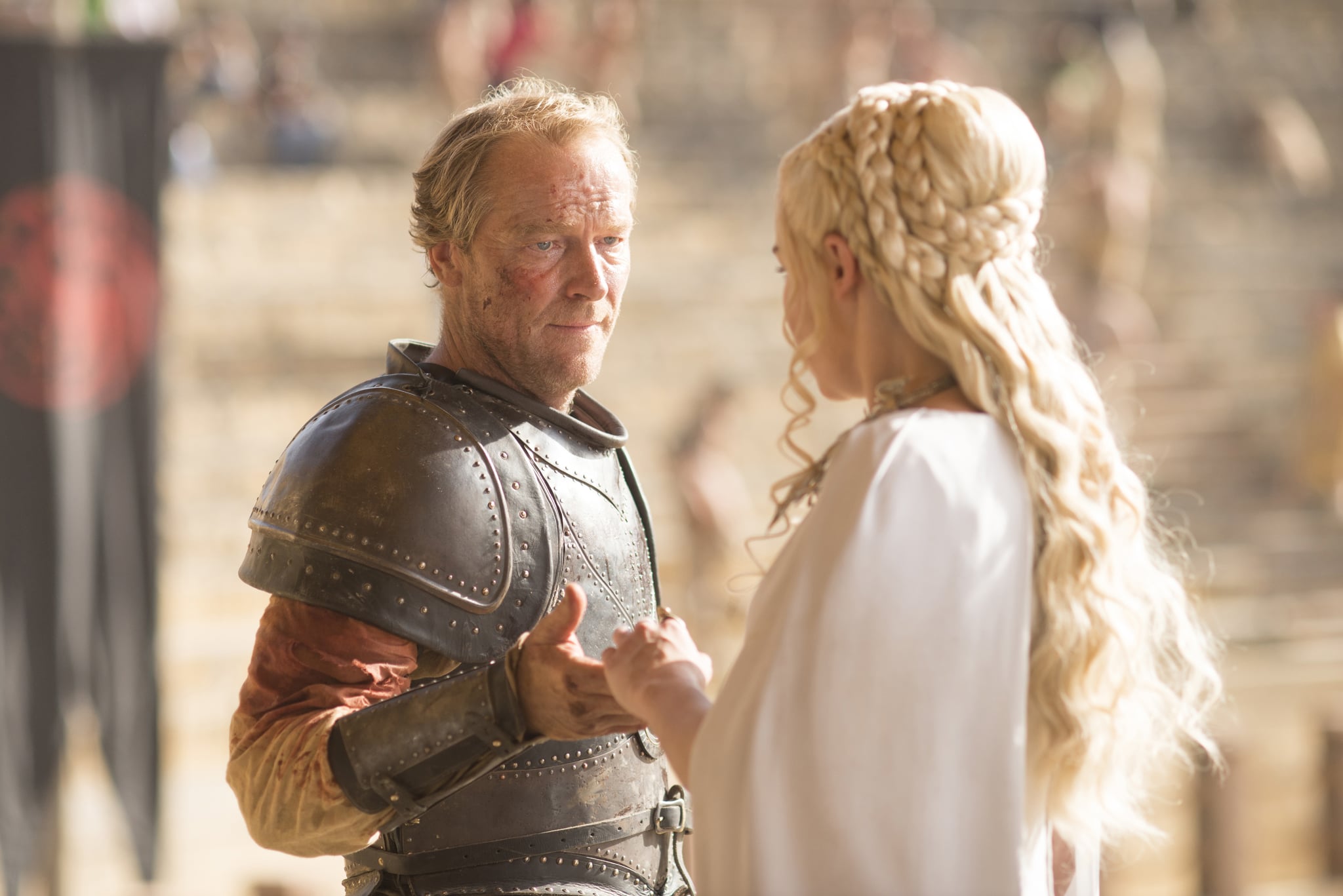 Before she meets her untimely demise, did you ever find yourself rewinding and pausing Game of Thrones to get a better look at Princess Shireen's face full of scales, or Jorah's previously decrepit arm? Then you might be wondering what exactly the deal is with greyscale, the bizarre affliction that plagued Stannis Baratheon's daughter which is now taking over Jorah Mormont's body. Now that greyscale is becoming more relevant, let's take a look at what we actually know about it from the show itself. 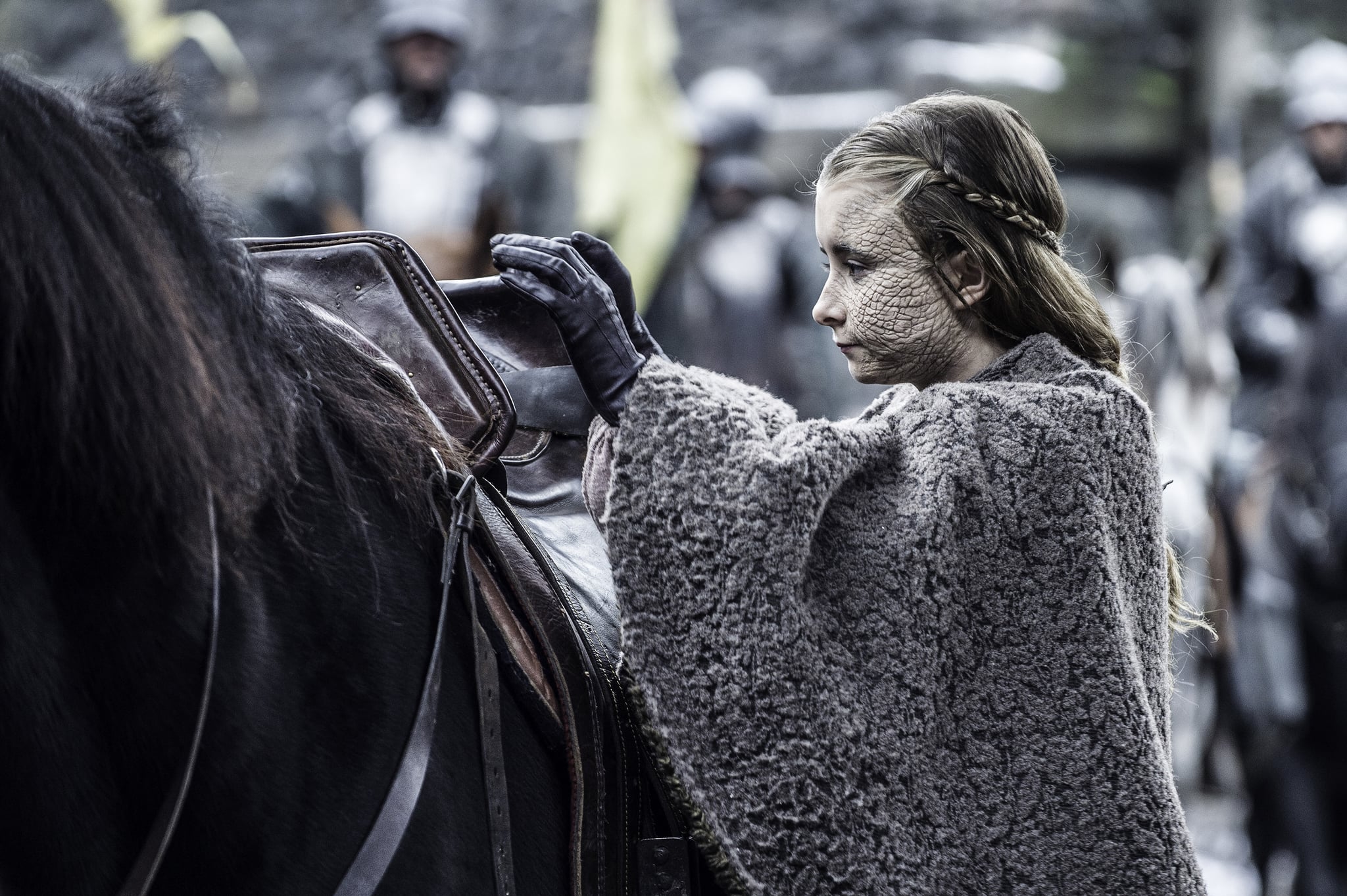 The skin becomes rough, gray, and scaly. As George R.R. Martin explains in a featurette about the disease (see below), "It calcifies the skin." At first, it's just a thin patch, but it can consume your whole body. "It's a death sentence," he adds. Gilly also tells Shireen about how when her sisters contracted it, they began to act like animals and didn't sound like themselves anymore. This means that not only is it a physical disease, but it's mental as well. Martin confirmed this, saying if it affects your brain and it brings madness.

Is there a cure?

As he tells Shireen in the fifth season, Stannis had spent a lot of money seeking a cure for her. It takes every healer in the land, but he is able to slow the progress of his daughter's greyscale until it stops. She still has the scales on her face, but she survives. So while it is possible to stop greyscale, it's incredibly difficult, and we don't exactly know what "cure" the healers found for Shireen.

However, whatever Sam does to Jorah at the Citadel works, even though other maesters had tried and failed before. It's some sort of combo of stripping the skin off and applying some kind of salve. We still wonder if dragonglass could be a help, though.

Yes, but how it's transmitted isn't fully explained. When attacked by the Stone Men, Jorah yells out to Tyrion to not let them touch him, because they think the disease is spread by physical contact. In fact, it's Jorah who becomes infected — but is it because he's touched, or is it spread another way? In Shireen's case, she exhibits symptoms as a baby after playing with a doll that a trader had brought over from Dorne. Stannis even says that he remembers pressing the doll up to her cheek, where she now has scales.

What happens to people who have greyscale?

Historically, they're quarantined. Gilly tells Shireen about how Craster dragged her sisters into the woods on a rope, and Shireen is locked in her room in the castle for most of her life. The afflicted are often sent to live in a colony in Valyria (where Jorah would have been sent if he hadn't been a knight), and Stannis even tells Shireen that people wanted him to send her to live out the rest of her short life there. The people there, known as the Stone Men, are in the later stages of greyscale.

What do the books say about the origins of greyscale?

According to Martin's series, greyscale originates when the legendary Prince Garin cursed Valyria after its dragons destroyed his army. He asked the river to smite the people, and that night it flooded the towns. Immediately, people began dying of greyscale. In A Dance With Dragons, the fifth book, an infected man says that death from greyscale is slow, between two and five years. Thank God Sam is able to help Jorah — and maybe he can get back to helping Daenerys win the Iron Throne.