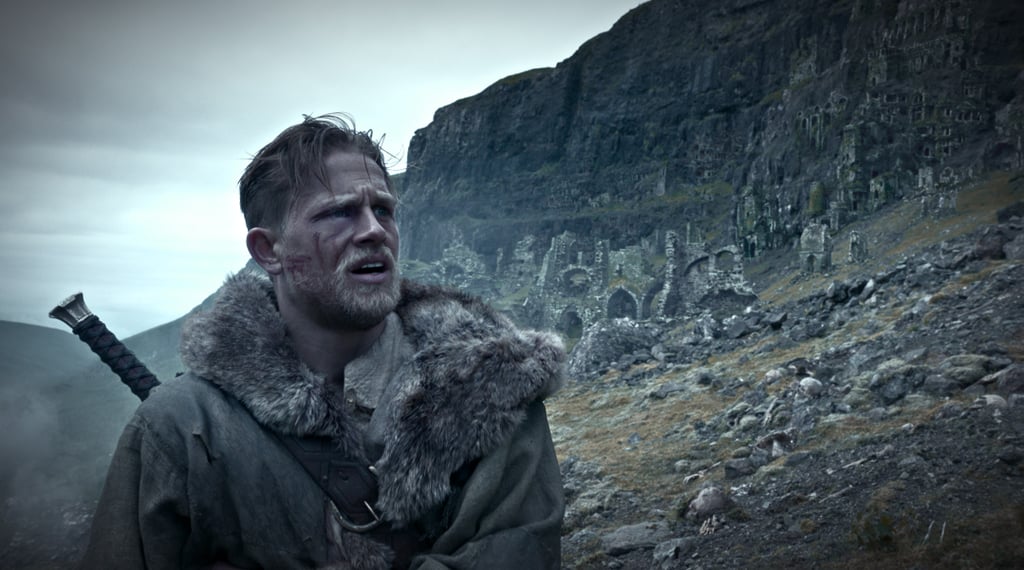 While King Arthur: Legend of the Sword isn't out until March 2017, the first look at Guy Ritchie's upcoming film is finally here. Not only did Warner Bros. release the first full-length trailer at Comic-Con on Saturday, but they also gave us another sneak peek at the film with these action-packed stills. The images show Jude Law as Vortigern and Charlie Hunnam as King Arthur, and if that's not enough to get you excited, perhaps this cover of Charlie handling his sword will do the trick.