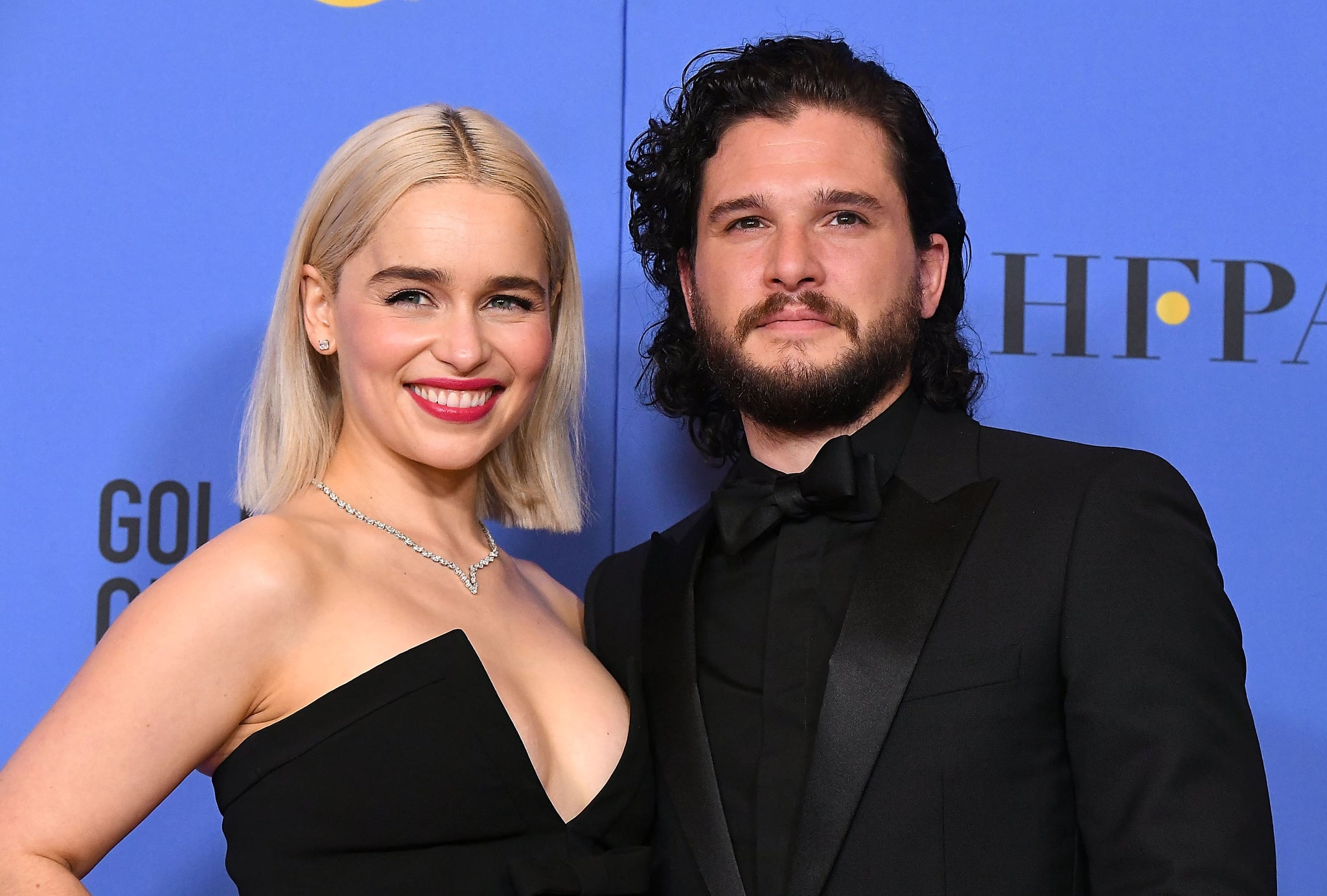 Warning: Spoilers for the finale of Game of Thrones are ahead!

It is pretty universally accepted that the Game of Thrones finale was . . . questionable. Fans of the show didn't hold back when slamming HBO for using the final six episodes to undermine storylines they felt had taken years to build. But it was our main man Jon Snow and all the twists and turns his storyline took in the last episodes that left us all shaking our heads with confusion. From not killing the Night King to then actually assassinating Daenerys — and ultimately, being banished to The North as punishment for the murder even though no one saw him do it — we had questions, and we know you did, too.

In an Emmys interview with The Hollywood Reporter, Kit Harington revealed that he too had a lot of thoughts and feelings about how his character's story ended. Perhaps the most poignant scene was at the start of the finale, "The Iron Throne," where he makes the gutting decision to kill Daenerys following her rampage through King's Landing. This scene didn't shock many viewers, but surprisingly, Harington didn't see it coming. He explained to THR, "I remember my mouth dropping open and looking across Emilia at the table, who was slowly nodding as I went, 'No, no, no!' It was a 'holy f*ck' moment, pardon my language. Jaw dropping. I was completely surprised by it, even though you can kind of see the path through the season of how it was getting there — and even the previous couple of seasons before that, once you can look back. But it was still a big shock to me." Harington goes on to explain that the scene, although only one and a half pages of dialogue, took more than three weeks to film. "It was tiring. It's one of the hardest things we filmed," he said.

When asked how he felt about Snow's final scene — which was also the final scene in the series — he said, "seeing him go beyond the Wall back to something true, something honest, something pure with these people he was always told he belongs with — the Free Folk — it felt to me like he was finally free." He added, "It was a really sweet ending. As much as he had done a horrible thing [in killing Daenerys], as much as he had felt that pain, the actual ending for him was finally being released." In the interview, THR also asked Harington to confirm once and for all whether he was miffed that he didn't get to kill the Night King himself. "I was a bit pissed off, only because I wanted to kill the Night King!" he said. "I think I felt like everyone else did, in that it had been set up for a long time, and then I didn't get to do it. But I was so happy for Maisie and Arya. I was secretly like, 'I wanted to do that!' But even he admits "it was a really great twist, and it tied up Maisie's journey in a really beautiful way. Over the seasons, we've seen her build up these skills to become this hardened assassin, and she uses it all to kill our main antagonist."

THR asked Harington what he thought of the fan theories that suggest Jon actually encouraged Arya to kill the Night King, thus giving him the credit for her job well done. Harington said, "What, the big man goes and tells the little girl to go and [do it]? No thanks. That's crap. She did it all on her own. It had nothing to do with Jon."