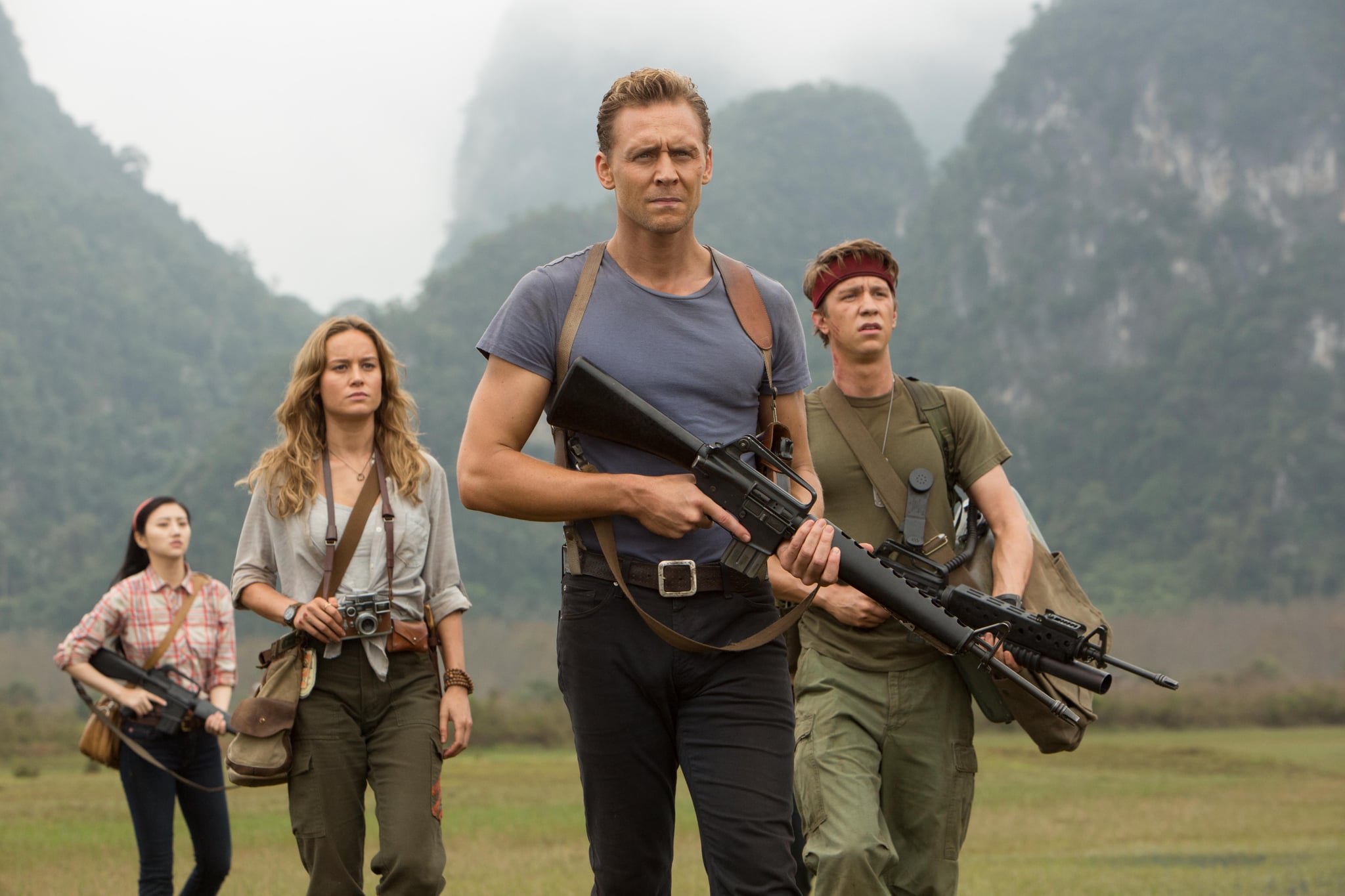 Kong: Skull Island swings into theaters on Friday, but when the credits start to roll, make sure you stick around. King Kong might not be a superhero, per sé, but Warner Bros. has nestled a pretty theory-heavy postcredits scene à la Marvel and DC at the conclusion of the film. If it means what we think it does, it could be a total game changer for the budding Kong franchise.

After the credits, a voice-over from Tom Hiddleston's character, tracker James Conrad, plays over a black screen: "Why are you sitting in the darkness? Are you enjoying this?" At first it seems like he's cheekily addressing the eager audience who's been waiting eons for the credits finish scrolling, but then the scene opens on Conrad angrily pounding on a one-way mirror in a nondescript interrogation room, while two mysterious figures (that only the audience can see) observe him from behind it. Joining him in the room is Brie Larson's Mason Weaver, a war photographer who accompanied Conrad on the expedition to Skull Island. They're dressed in the same clothes they were wearing when the cavalry finally arrives and whisks them away from Kong's dangerous island home at the end of the movie, so it's fair to assume that not much time has passed between scenes.

Conrad promises their unknown keepers that they "won't tell the Russians" about what they've seen before Houston Brooks (Corey Hawkins) and San (Tian Jing) — two scientists who were also part of their Skull Island expedition team — walk in. Brooks reveals that they're actually in Project Monarch headquarters (a top-secret government organization that was first introduced in 2014's Godzilla, and is to the "MonsterVerse" what S.H.I.E.L.D. is to superheroes). Once they promise to never reveal what happened to them or their ill-fated comrades on Skull Island, Brooks and San explain that Monarch needs their help. You see, Kong is not "the only King" out there, and they have proof. Throughout their explanation, slides featuring primitive cave drawings of creatures that sure look a lot like Mothra and Rodan appear on screen, as well as images of the nuclear explosions responsible for Godzilla's creation. The last of the images shows Godzilla facing off against a winged hydra (presumably King Ghidorah), neatly setting up the Godzilla sequel starring Vera Farmiga, Millie Bobby Brown, and Kyle Chandler.

With Godzilla: King of Monsters not due out until 2019, we have quite a while to wait until a rematch of 1962's King Kong vs. Godzilla plays out on the big screen.

Identity
Culture Y Recuerdos: How the "Frida" Biopic Redefined What It Is to Be Latina
by Cristina Escobar 55 minutes ago