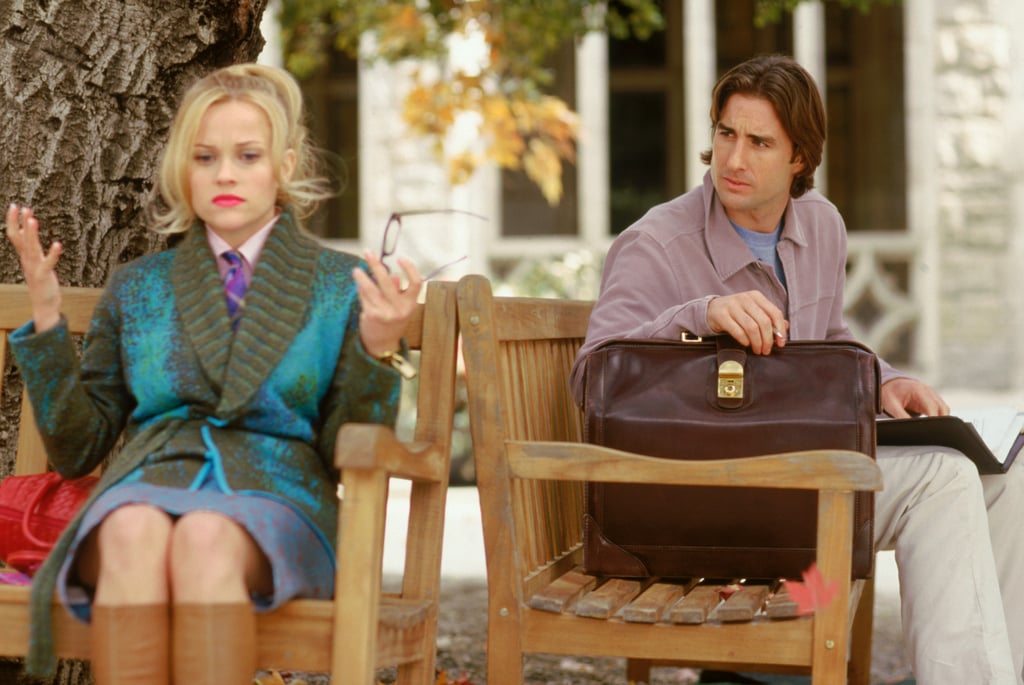 "Legally Blonde 3" is on its way, although it does keep getting delayed. Reese Witherspoon, who's set to reprise her role as Elle Woods, first announced that the new movie was in development on June 7, 2018. Originally, MGM shared in a tweet that "Legally Blonde 3" would hit theaters on Valentine's Day 2020. That date got pushed back to May 2022. Now, there's no new release date, but the movie is still happening.

And while the cast hasn't reunited to film anything yet, they have indeed gathered to talk about the film. "I think I know as much as you all, but we did have a Zoom-call get-together last summer where the whole cast — Jennifer [Coolidge], Matthew [Davis], Selma [Blair] — all got together and talked, so it really was great to see everybody," said Luke Wilson, who plays Emmett, Elle's partner, in an Aug. 18 interview on Good Morning America. "Reese is such a sharp individual, I think she's probably just waiting for the script to be right and the time to be right. It'll be really fun to make another movie."

In a July 29 interview with USA Today, Witherspoon said that she's taking her time on the script, and hopes it will be worth it in the end. "I'm still hoping that 'Legally Blonde 3' is gonna come together in the right way," she said. "It's just like 'Top Gun' — they waited a long time to make another version of that movie, and I loved the nostalgia piece they incorporated in it. So definitely that gave us a lot of inspiration about what we would want to do with Elle Woods and make sure that we had all those same touchstones that mattered to people [back] then. I feel like these characters are my friends, so I safeguard them," she added. "I would never make the subpar, mediocre version of their story."

Coolidge, who's reprising her "Legally Blonde" role as Paulette in the franchise's third installment, also said she's "very excited" about "Legally Blonde 3" during an Aug. 1 interview on SiriusXM and shared her ideas for the work-in-progress film — including coming up with a new holiday to follow up her character's famous "You look like the Fourth of July" line from the 2003 sequel.

Mindy Kaling, who's been tasked with writing the third movie's script alongside "Brooklyn Nine-Nine" creator Dan Goor, has also emphasized the fact that the team is set on making sure they get it right, no matter how long it takes. She told Time in March that the "Legally Blonde 3" screenplay isn't ready, but that they're digging deep to make sure it's perfect. "What is Elle Woods like at 42?" she said. "Does she end up becoming all the things she wanted? How does that personality manifest in a grown woman? Has she become more cynical? Her brightness and her cheerfulness really worked when she was 22, but how has life changed her perspective on things?"

Kaling said that watching the "Sex and the City" reboot, "And Just Like That," made her even more aware of how hard it is to update Elle for a modern era. "The hardest thing about this project is trying to figure that out in an authentic way," she said. "Honestly, watching 'And Just Like That' and how they took a character from 18 years ago and how the character was now — we want to make sure that Elle Woods is not paying penance for existing in the year 2022."

We still can't wait to see how Elle's story has evolved since the 2003 sequel, "Legally Blonde 2: Red, White & Blonde." Here's what we know about "Legally Blonde 3," including the cast and creative team.

The Daily Show
Trevor Noah Leaving "The Daily Show" After 7 Years: "I Feel Like It's Time"
by Monica Sisavat 3 days ago