The first picture of Kevin Smith's upcoming movie, Yoga Hosers, is here, but it's not of Smith or star Johnny Depp; it's of their daughters. The Hollywood Reporter debuted the photo, which shows Harley Quinn Smith and Lily-Rose Depp as convenience store clerks. If you saw Smith's last horror comedy, Tusk, you've actually already met these characters. Between these two, Smith's clean-shaven face, and Haley Joel Osment's shocking look, there's already a lot to see in this movie. The movie is set for a June 1, 2015, release date, but I can't wait for pictures of Depp, also reprising his Tusk character, eccentric investigator Guy Lapointe. 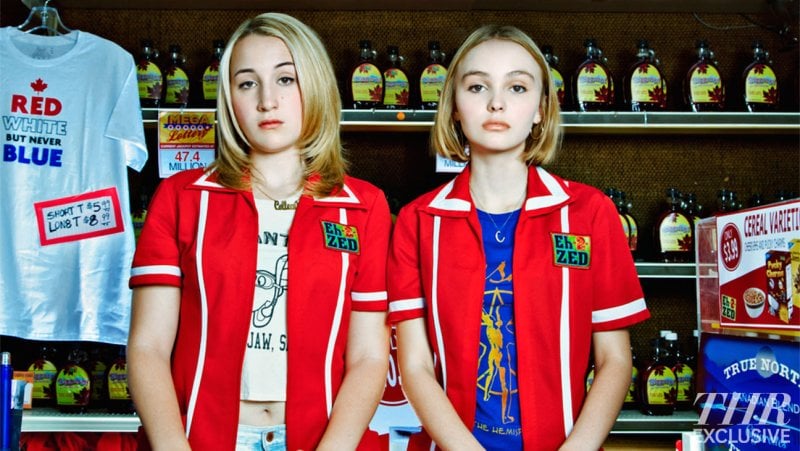 Here's a look at the duo in Tusk. Yes, those are comb mustaches.

Movies
Missing the Emotional Saga of The Map of Tiny Perfect Things? Watch These Movies Next
by Ashley Broadwater 22 minutes ago