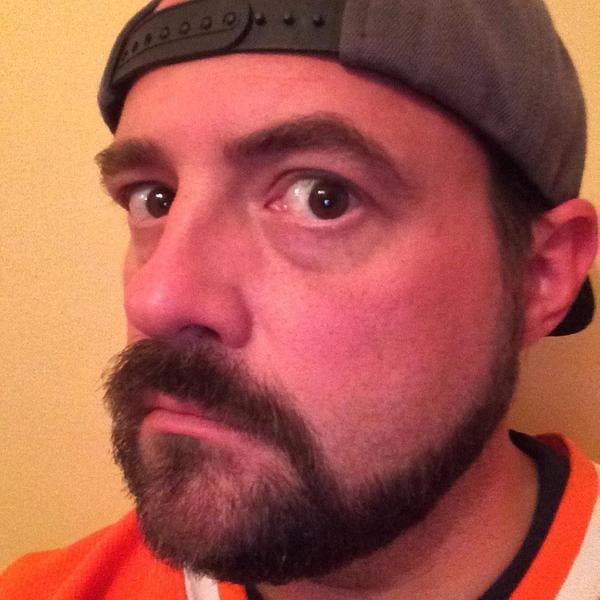 Kevin Smith Just Shaved His Beard, and We Can't Get Over It

Director Kevin Smith is known for his beard, but the man behind cult classic Clerks decided to change his ways and try out a more clean-shaven style for his upcoming film Yoga Hosers. The new film, which stars Johnny Depp and Haley Joel Osment, caused a stir this past September when photos of Osment emerged looking practically unrecognizable. So, clearly Kevin isn't the only member of the cast and crew who is undergoing a transformation for the project.

On top of his now beard-free appearance, Smith has also been working on other physical changes. Last week, he posted on his Instagram that he had lost 20 pounds after cutting out added and processed sugars. The director's weight made headlines in 2011 when he was kicked off a plane for not being able to fit into a single seat. Now that his beard has disappeared and he's losing weight, we can only wonder what the next phase of his transformation will be. Now, check out his silky smooth face!