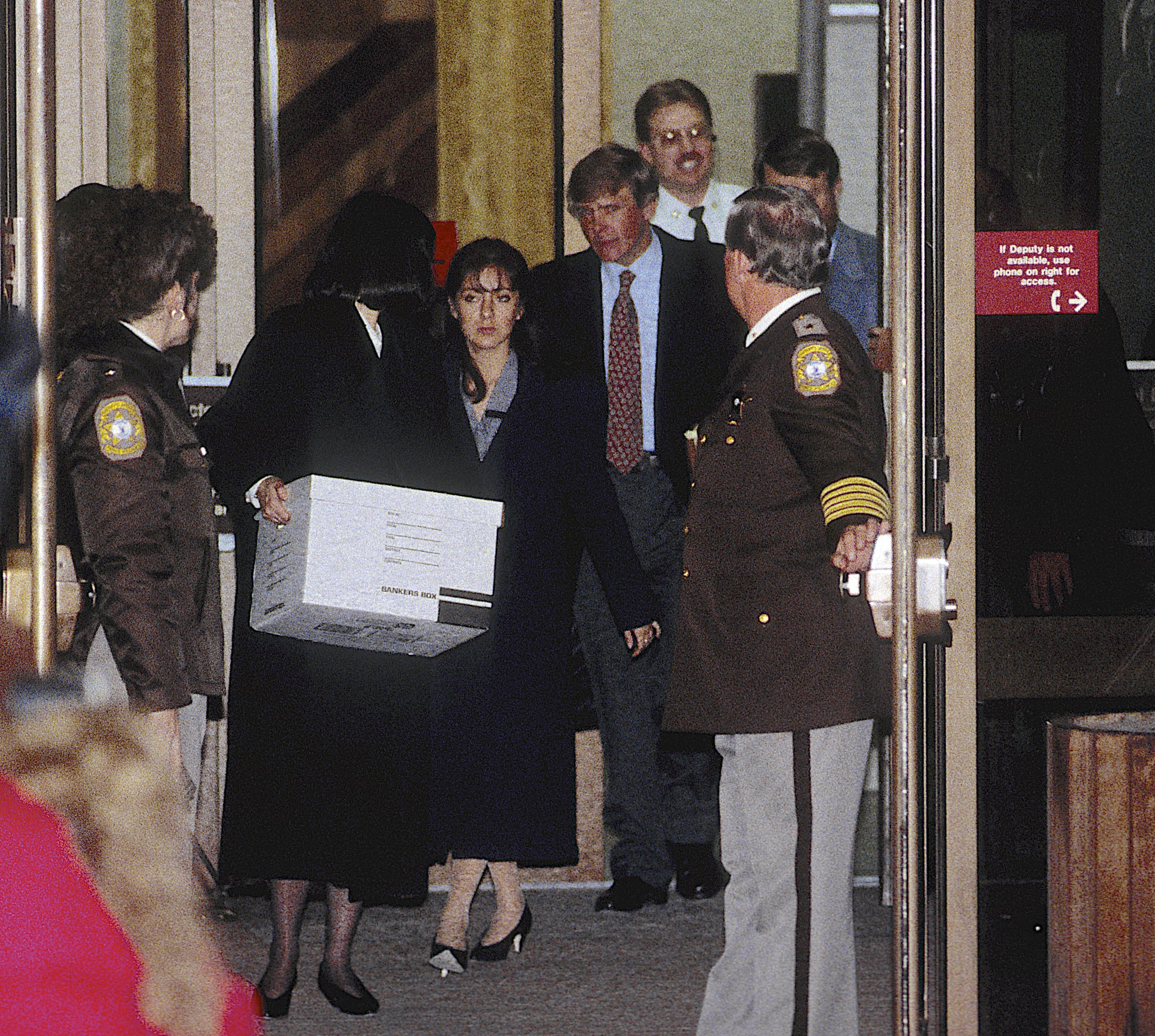 Amazon's new documentary series Lorena is exactly as described in the title: a four-part documentary miniseries focused on Lorena Bobbitt, the woman at the center of the 1990s criminal case that simultaneously brought attention to domestic violence and became one of the most inappropriate true crime punchlines ever. Although the case of John and Lorena Bobbitt has a considerable pop culture legacy, the story itself is even wilder.

The Bobbitts came to the attention of the public on June 23, 1993. Following a domestic dispute, Lorena used a knife to cut off John's penis, drove away and threw it in a field, and eventually called 911. Although the crime that gained the most infamy was that act of castration, it wasn't the only crime committed that night, as a 1994 report from The New York Times explains.

Soon after their wedding in 1989, the Bobbitts' marriage reportedly began to crumble. According to the testimony during the trial and in subsequent interviews, the couple fought over money as they struggled financially. John's multiple extramarital affairs, as well as escalating emotional and physical abuse of Lorena, also contributed to the divide. Lorena testified that, on the night of June 23, John returned home, drunk, from a night of partying, and raped her. It was after this rape that Lorena attacked John, severing part of his penis and driving away as he lay there bleeding; she ultimately called 911, and John was taken into surgery to recover from the blood loss and to reattach the recovered organ.

John was ultimately acquitted of marital rape at his trial, but his version as to what actually happened that night kept changing: he alternated between claiming there had been no sex, that it had been consensual, and that he couldn't remember, while other elements of his testimony conflicted with known and established facts. Regardless, he was acquitted relatively quickly, and the attention turned to his wife's trial.

Due to the sensational nature of the attack, Lorena's trial garnered an immense amount of media attention. Ultimately, she was found not guilty by reason of insanity, causing an "irresistible impulse" to attack John and inflict that particular wound. She was sent for a 45-day evaluation period at a hospital, followed by her release.

The couple formally divorced in 1996 and went their separate ways. John attempted to make money from his notoriety, first by starting an unsuccessful band, then by starring in a pair of adult films. However, his run-ins with the law didn't end with his and his ex-wife's trials. He was jailed for battery after hitting another woman in 1994, was put on probation for a theft in 1999, was jailed in 2003 for violating that probation, and was charged with battery again in 2005 for hitting his second wife.

Lorena, meanwhile, started going by her maiden name, Gallo. She had a brief run-in with the law again, charged for hitting her mother, but was acquitted. In 2007, she founded Lorena's Red Wagon, an organization that helps prevent domestic violence and provides mental health services to women in or just out of abusive situations. In a 2008 interview, she revealed that she was in a long-term relationship and had a young daughter. Although the infamous story of the Bobbitts probably won't disappear any time soon, it seems like at least one half of the couple has rebuilt a relatively normal life.