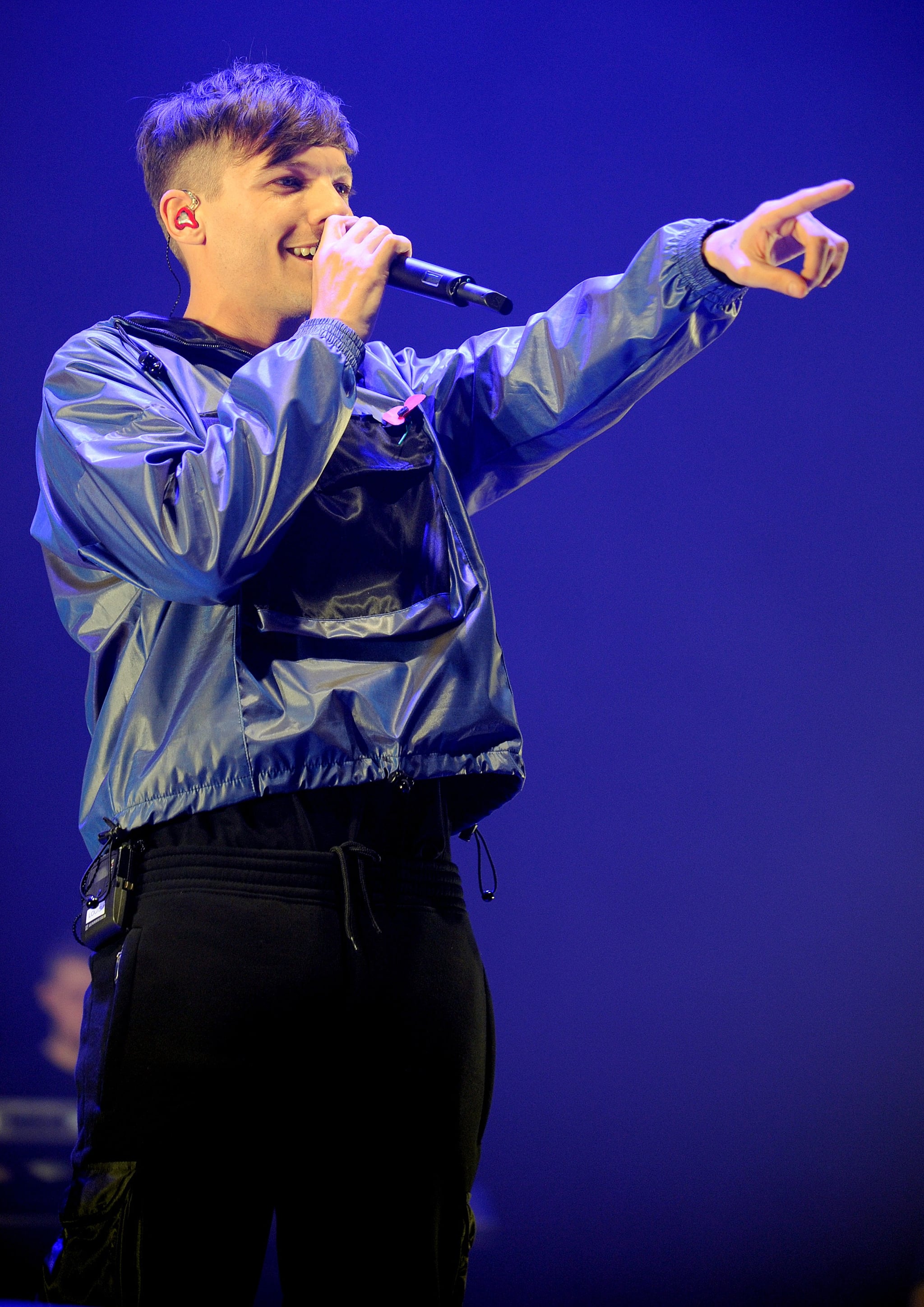 After what's felt like approximately a one-million-year wait, Louis Tomlinson's debut solo album has finally been announced. On Oct. 23, Tomlinson tweeted that his album, Walls, will be released on Jan. 31, 2020. Tomlinson, formerly of One Direction fame, has released several songs of his own since the group went on hiatus in 2015, but just two of them will be on Walls — "Two of Us" and "Kill My Mind." While we anxiously await Tomlinson's sure-to-be-a-hit album, let's take a closer look at what he's been up to over the past couple years.

The 27-year-old Brit has gone through a lot since One Direction ended. He mentioned in a recently released video chat that he'd changed his US record label a few times, because one of the execs told him he was "10 percent too British." Naturally that meant that he'd be as British as possible on everything after that. He also said he had some trouble finding his way as a solo artist because it was so different from his time in One Direction. He felt pressured to make radio-friendly music right out of the gate, and it took until very recently for him to push back and make the music that felt like it was truly his.

All of us fans are basically champing at the bit to finally get our hands on what we're sure will be a masterpiece, not to mention spend every last dollar on tickets to see him carry his own tour.

Taking a look back at the music Tomlinson's released since One Direction, he started with a couple collaborations, "Just Hold On" with Steve Aoki and "Back to You" with Bebe Rexha. He also released a few songs on his own, including "Just Like You," "Miss You," "Two of Us," and "Kill My Mind." His next track, "We Made It", lands on Oct. 24. It's easy to see the progression in his music into something he feels more comfortable with. "Kill My Mind", for example, absolutely sounds like something from the '90s and could easily have come from one of Tomlinson's favorite bands — Oasis. Now that Tomlinson seems more sure of the vibe he's going for, it seems like Walls will feel like a fully fleshed-out collection in that vein.

Related:
21 Reasons Louis Tomlinson Is the Hot Brit Who Should Be on Your Radar

Tomlinson is an amazing songwriter with a lot of stories to tell. He's done more living in the past 10 years as a musician than most people do in an entire lifetime. He has explicitly said that he wants to "keep sh*t real and honest," which is something his fans are more than excited to hear about.

All of us fans are basically champing at the bit to finally get our hands on what we're sure will be a masterpiece, not to mention spend every last dollar on tickets to see him carry his own tour. I mean, I'm already traveling thousands of miles to the other side of the country to see him do one slice of a Christmas concert. I can't f*cking wait to see what he has in store beyond that. And as frustrating as it's been as a fan to wait what feels like forever for Tomlinson to drop this album, I know without a shadow of a doubt that it'll be absolutely worth it — because this man is a damn legend.