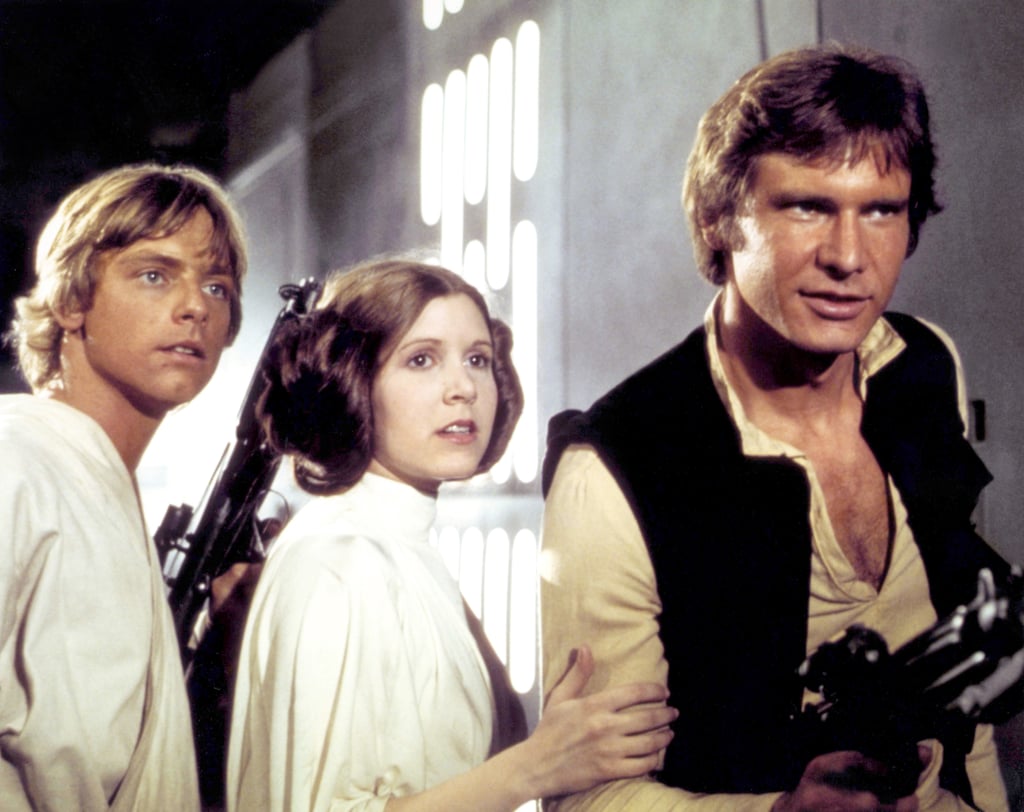 In a galaxy far, far away (aka Hollywood), Mark Hamill and Harrison Ford had to audition for Star Wars: A New Hope without even reading the script, and I'd expect nothing less from two of my favorite adventure-seeking space travelers. Yep, Hamill shared this Star Wars fun fact on Sunday, after news anchor Carl Quintanilla shared a video of the audition on Twitter, and we can't get over how incredible their acting was!

"My screen-test for @starwars w/ Harrison on the 1st day I ever met him," Hamill captioned his retweet of the clip, which fans of the intergalactic film series are now calling "legendary." "Neither 1 of us had read the script at this point, only this 1 scene. I asked George what kind of movie it was — 'Let's just do it, we'll talk about that later.' We never did talk about it later — we just did it."

Hamill alludes to the video's imperfections in his caption, including the blurry black and white footage and the fact that he and Ford are still in their street clothes. But the video still manages to steal the hearts of Star Wars fans watching it for the first or even the 15th time. Despite having only memorized the lines for this specific scene about the destruction of the planet Alderaan, Ford absolutely nails Han Solo's jaded, cool-guy attitude on the first try and it's like watching the series come to life. Watch the nostalgic clip ahead.