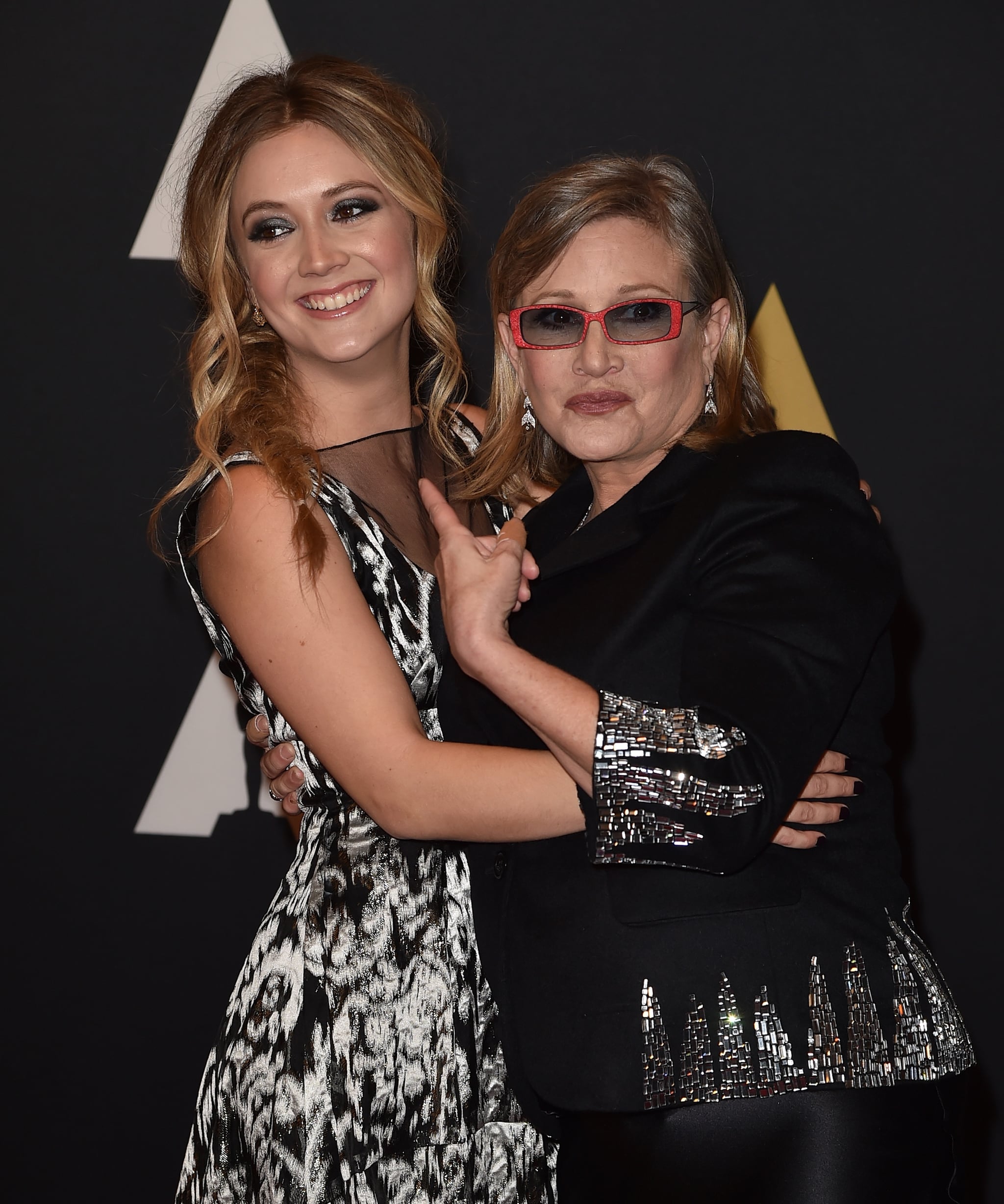 Billie Lourd will have a heartwarming onscreen moment with her late mother, Carrie Fisher, in Star Wars: The Rise of Skywalker. In an interview with Vanity Fair, director J.J. Abrams revealed Lourd will reprise her role as Lieutenant Connix and have a scene with Fisher, who will posthumously return as the legendary Princess Leia — thanks to formerly shot footage from 2015's Star Wars: The Force Awakens. Fisher died at the age of 60 in 2016 after suffering from a heart attack.

Abrams previously confirmed that Fisher would be a part of the movie — which is set to come out on Dec. 20 — but he initially wrote Lourd out of scenes with her mother to avoid causing her any pain. However, Lourd affirmed that she wanted to be included. "And so, there are moments where they're talking; there are moments where they're touching," Abrams said. "There are moments in this movie where Carrie is there, and I really do feel there is an element of the uncanny, spiritual, you know, classic Carrie, that it would have happened this way, because somehow it worked. And I never thought it would."

Abrams went on to express his excitement over including Fisher in the franchise's final film, adding, "It's hard to even talk about it without sounding like I'm being some kind of cosmic spiritual goofball, but it felt like we suddenly had found the impossible answer to the impossible question."

Lourd and Fisher made their onscreen debut together in The Force Awakens, which Lourd honored on Star Wars Day on May 4 when she shared a sweet picture of her and Fisher preparing to attend a red carpet event for the film.

Animated Movies
Pixar's Luca Is a Sweet Summer Flick, but Here's What to Know Before Watching With Kids
by Alessia Santoro 5 hours ago