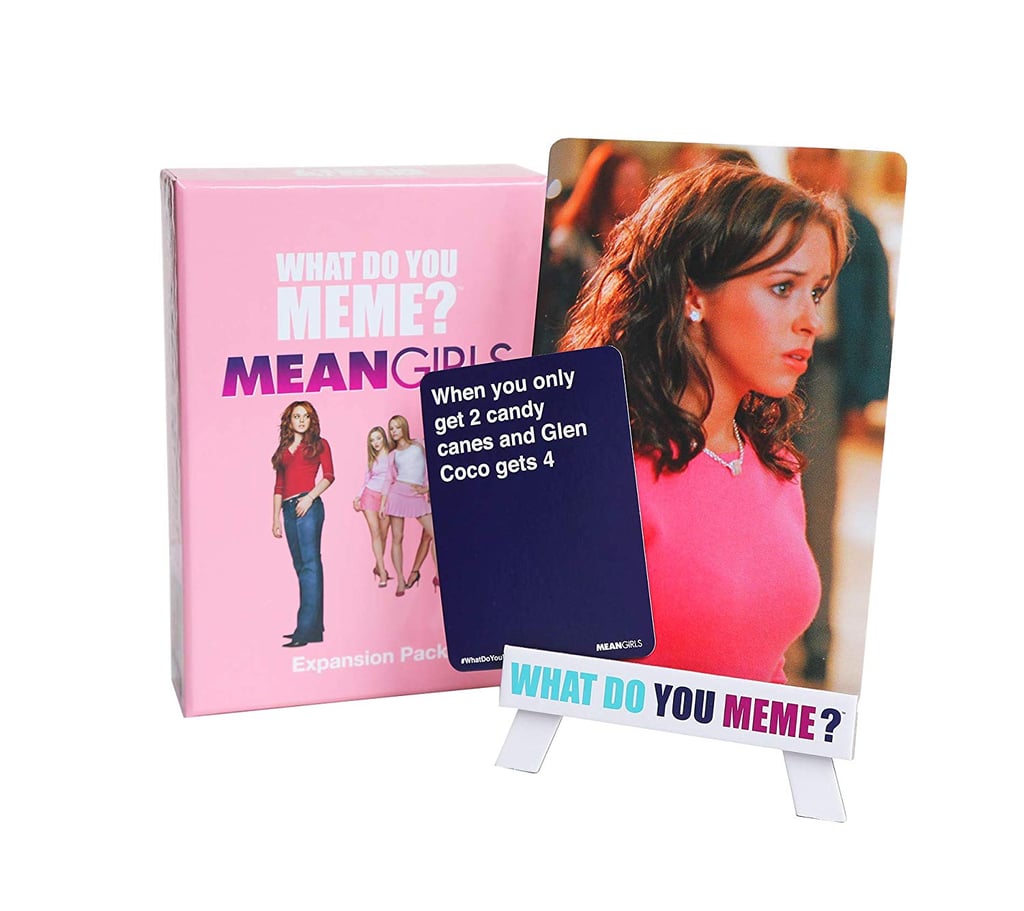 It's been 15 years since the Plastics flipped Cady Heron's world upside down, and What Do You Meme? has finally made fetch happen by releasing a Mean Girls expansion pack. I have a feeling Gretchen Wieners and her father, the inventor of Toaster Strudel, would be so proud — just check out those hilarious caption cards!

While Regina George and the girls might wear pink on Wednesdays, the WDYM? Mean Girls expansion pack box is all pink, all day. Available on Amazon ($13), the box features 50 totally grool photo cards and 50 caption cards with quotes from the cult classic film that definitely make it feel like the meme limit does not exist.

What face would you make if you only got two candy canes but Glen Coco got four? How would your friends react if you asked them if butter is a carb? What would happen if Aaron Samuels asked you what day it is? Thanks to the expansion pack, you can now recreate all of your favorite Mean Girls moments.

As Karen Smith would say, "there's a 30 percent chance it's already raining," and there's a 100 percent chance I need to get my hands on this game ASAP. Shop the WDYM? expansion pack ahead! 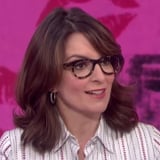 Tina Fey Reflected on Mean Girls 15 Years After Its Release — Yes, It's Really Been That Long
Previous Next Start Slideshow
NostalgiaMean GirlsMoviesBoard Games

Netflix
Things Heard & Seen: Netflix's Twisty New Thriller Is Based on a Book — Read the Spoilers
by Hailey Swint 8 hours ago

Netflix
Will Thunder Force Get a Sequel? Here's What We Know About the Comedy's Future
by Amanda Prahl 10 hours ago

Gal Gadot
Gal Gadot Was Inspired by Princess Diana For Wonder Woman: "She Was Full of Compassion"
by Grayson Gilcrease 13 hours ago

Sophie Turner
Sophie Turner's Take on Low-Rise Jeans Is Correct (Sorry, I Don't Make the Rules!)
by Kelsey Garcia 14 hours ago
Nicole Kidman
The First Look at Nicole Kidman as Lucille Ball Will Make You Do a Double Take
by Kelsie Gibson 16 hours ago