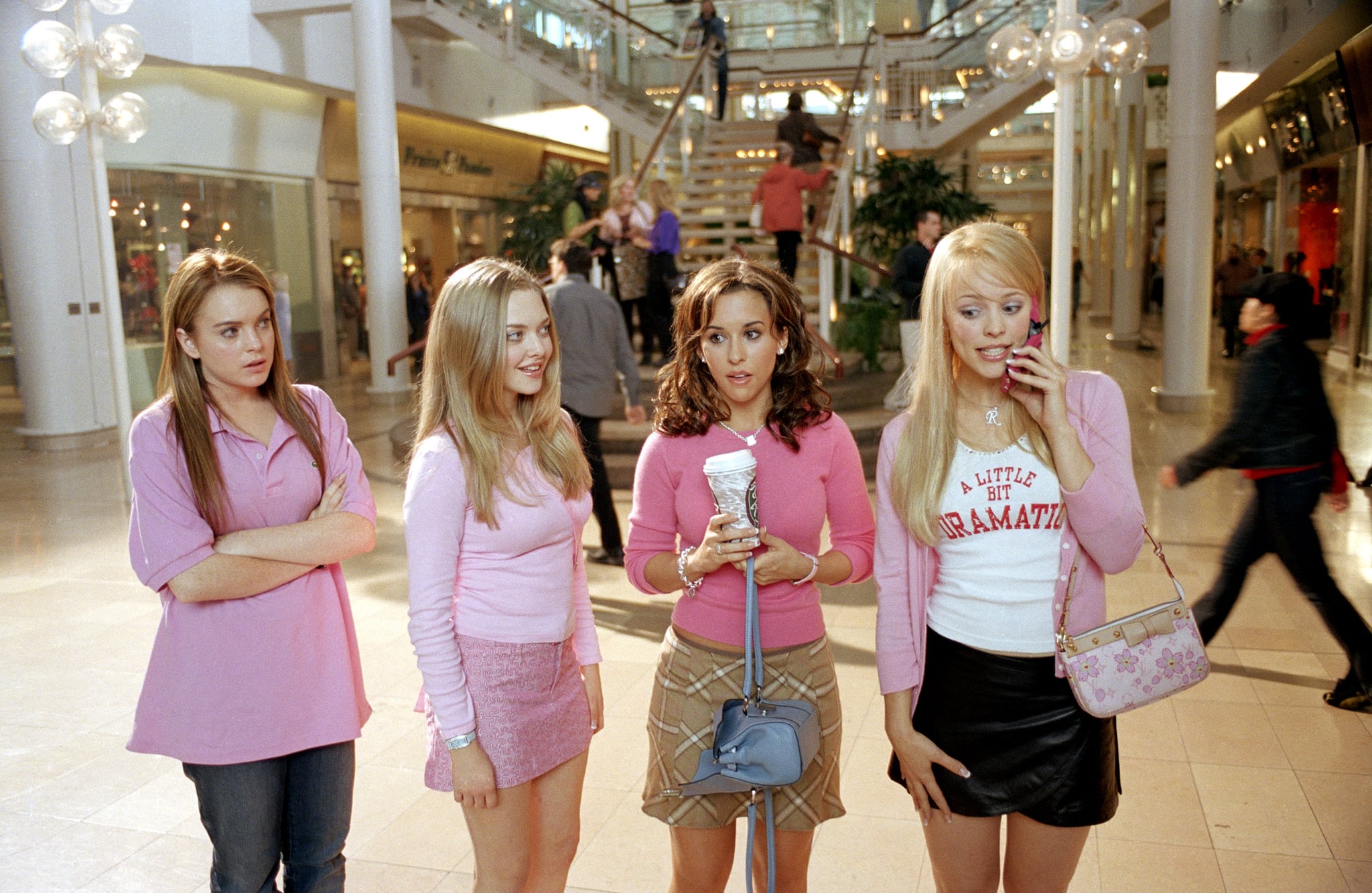 When you share your birthday with a cinematic landmark, it's only natural to feel a deep bond with an unchanging hallmark of days gone by you can return to again and again. It was 2004. I was 12. The movie was Mean Girls.

Despite my begging, my mother refused (rightly so) to take me to see a film about high schoolers when we were going to see Ella Enchanted instead. I, being a bit of a snot and despite my adoration of Anne Hathaway, sulked. My poor mother.

Related:
27 Movies to Watch When You're in a "Mean Girls" Mood

I wouldn't actually watch Mean Girls until a few years later, but even before then, the film had placed its stamp on me. We all know the jokes and one-liners by heart. Even 15 years later, referencing "army pants and flip-flops" is enough to make people in my age bracket giggle with recognition. Like Captain America, we understand that reference.

Like many movies with tremendous cultural significance — yes, I said it; come at me, film snobs — Mean Girls is very much a product of its time. Rewatching it, a ritual I perform at least twice annually, is like opening a time capsule or an old yearbook. I feel nostalgia for polo shirts paired with cut-off jean skirts, peak Lindsay Lohan, and bedazzled flip phones. Conversely, however, I clench my teeth through every awful use of the "R-word," derogatory remarks made about gay characters (or characters who are ostracized for potentially being gay), not-so-subtle racism, and the sub-plot involving a teacher committing statutory rape, all of which are played for laughs. 2004 certainly was a different time, and many elements of the past don't age gracefully.

What does, though, is the real message of Mean Girls, which only becomes more relevant with each passing year. At its core, Mean Girls is a film that treats women's anger as real and legitimate, and links "girl-on-girl crime" (read: female aggression) to internalized misogyny and a patriarchal system that expects women to compete with and police each other.

Related:
How Many Mean Girls Quotes Do You Have Memorized? Take This Quiz and Find Out

Crack open its shiny teen comedy shell and you'll find this film contains Jane Austen-esque social critiques and smartly calls out how women are permitted precious few outlets through which they may express their anger. Women's rage has become the subject of dozens of think pieces and books over the past few years. It's as if we've grown exhausted of suffering the daily indignities of gender inequity that defang us, strip us of our power, and lead us to transform our rage into more palatable or more easily definable actions rather than being able to address the system that brought and keeps us here.

At its core, Mean Girls is a film that treats women's anger as real and legitimate.

Men, too, experience injustice due to gendered expectations, but women bear the brunt of the punishment. If "boys will be boys," then girls are "crazy," "bitches," and "sluts." Nasty women who are devoid of depth or personal agency — as animalistic as the savannah predators Cady imagines at the watering hole (mall fountain). They write mean things in the Burn Book. They plot revenge and plan three-way phone call sabotage. They keep each other in check with silly rules about where they can sit in the cafeteria and what color to wear on Wednesdays.

Among the many welcome updates Mean Girls received in being adapted to the stage, one lyric from the Broadway musical, proclaimed by Janis Ian during her empowering song "I'd Rather Be Me," rings so true I must raise my fist above my head whenever I hear/belt it:

"We're supposed to all be ladies and be nurturing and care. Is that really fair? Boys get to fight, we have to share. Here's the way that turns out: we always understand how to slap someone down with our underhand."

The entire North Shore High junior class, including some teachers, may feel personally victimized by Regina George, but even she is both a victim and a perpetrator in a tyrannical social hierarchy that invalidates and pathologizes women's anger because it is the most foolproof way to keep us exactly where we are: powerless and furious with each other. Is it any wonder that, upon joining the field hockey team, Regina finds growth once she is able to let out her aggression?

The film's ending, which depicts a clique-free school where the women finally can find true friendship with each other, is utopic, yes, but even now I have to pause and wonder what could be — even if only in our wildest dreams. Imagine: a world where women can be each others' advocates and allies without the expectation that we will tear each other apart. While there will always be "mean" people, I'd like to think this dream can become reality and, perhaps, be less "far-fetched" and more "so fetch."

Johnny Depp
Johnny Depp to Direct "Modigliani" Biopic, His First Return Behind the Camera in 25 Years
by Njera Perkins 14 hours ago