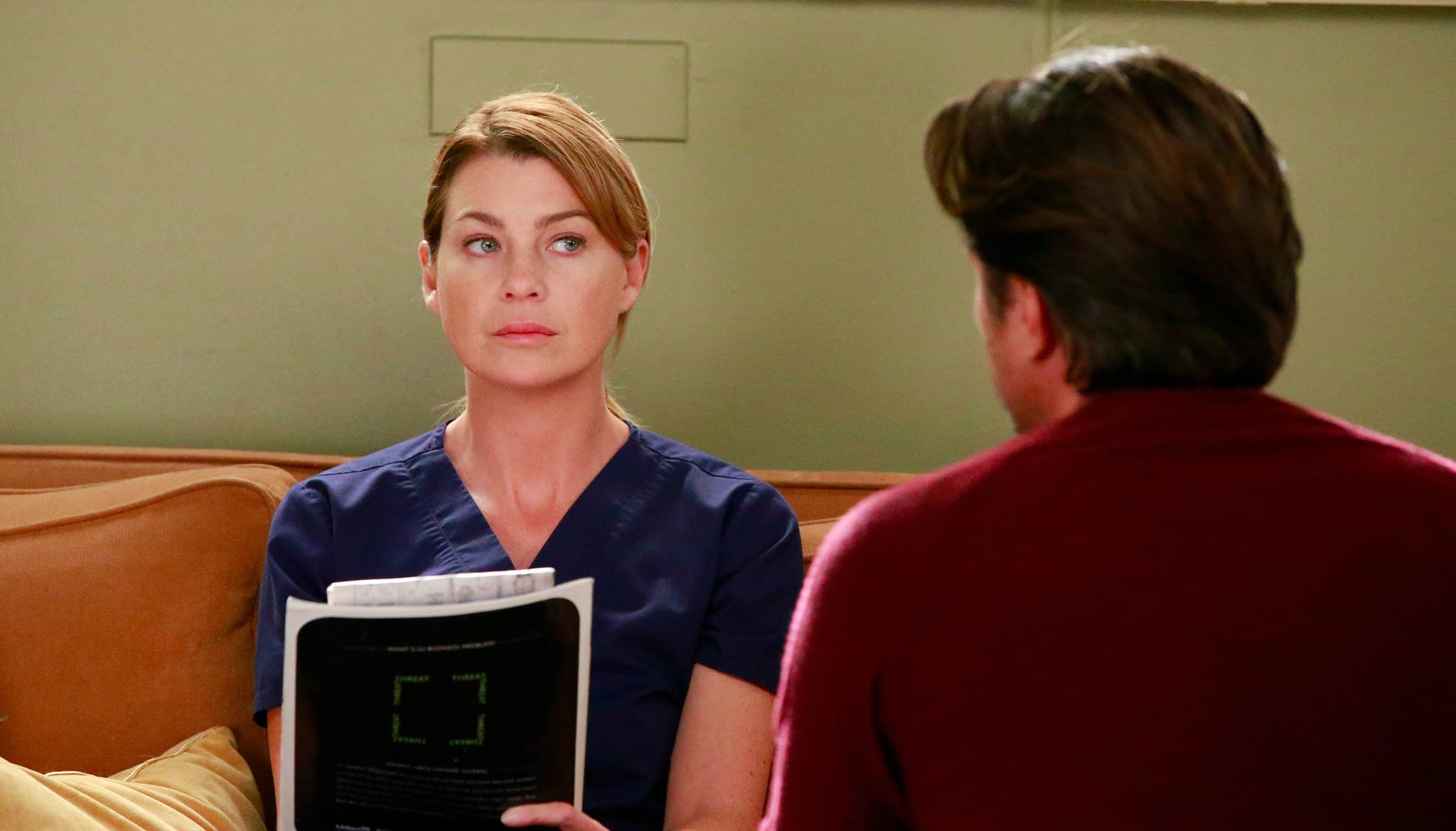 Near the beginning of Grey's Anatomy's 13th season, all eyes were on one worrisome love triangle. After Meredith and Riggs impulsively and passionately hook up, Maggie reveals she has feelings for him. This tension leads to a pretty intense situation, especially once Riggs starts insisting he and Meredith date. Recent episodes of the show haven't shed much light on the situation; there's been so much between Alex's legal battle and Eliza Minnick's hospital takeover. Now that all the dust is settling, though, this triangle is back in the spotlight.

At the annual PaleyFest's Grey's Anatomy panel in LA this month, we got the dish from actor Martin Henderson, and it looks like things are only getting more complex. We asked whether the couple would finally get together, and we got a pretty lengthy and interesting answer.

"I think it seems to have come around now. Nathan's like, 'Look, I've been pursuing you for so long. I'm convinced that we have this thing. I felt it the moment I saw you. So, I want to push the boat out, I want to explore where that is. For my own happiness, and I believe for yours. Could be wrong, but I believe I'm right. So, if you stop listening to everybody else's opinions about me, and just go with your feelings, what do you say?'

"He's sort of given her an ultimatum, so in a way it allows her to ruminate on whether she is still closing herself off. And of course, there's a lot of good reasons and understandable reasons why a single mother, a widow with a sister who has also been interested in the same man, would put the brakes on. I think we'll start to see her grapple with that dilemma and then dip her toe in a little bit. But I still think, as it progresses and as they explore what it could be, it's still fraught with complications because of Maggie. Because of the ghost of Derek, and her still holding on to that relationship. It's destined to be a rocky road no matter what happens.

"Even if they didn't end up together, it would be so nice if they mutually had moments of intimacy and joy and connection and love. I think we all have that potential. To have that go unanswered, it would be a shame. Yet at the same time, I respect both characters. I mean, Nathan is still getting over his lost fiancée. He understands. She's still getting over her loss, so again it's bound to be complicated. But within the complications and the drama, it would be nice for them both to have some joy."

With all this brewing, we couldn't help but wonder how Maggie would factor in to everything. Henderson teased that it might get worse before it gets better. "Let's just say it gets more complicated before it resolves," he revealed. "It's Shondaland! [Shonda Rhimes] is not going to not enjoy the drama of the situation."