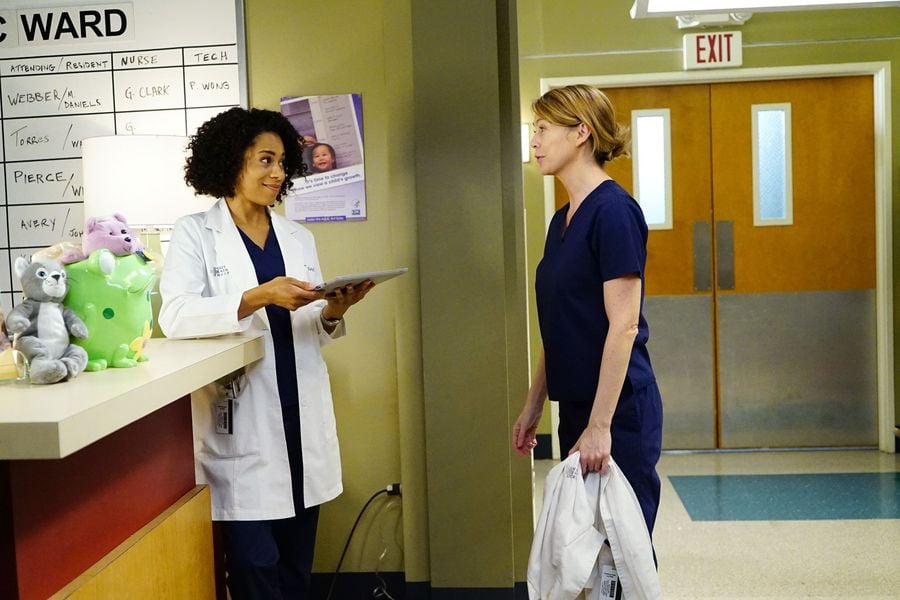 Our favorite surgeons are back on new episodes of Grey's Anatomy, but everything is far from OK. Alex is arrested for beating up DeLuca to a bloody pulp and Jo is barely hanging on from Alex's attack, but one of the biggest takeaways from the premiere is that Maggie and Meredith are eventually going to war this season.

The seed for this conflict is planted last season: Meredith and Nathan sleep together four times in just one night. Meredith is definitely on cloud nine afterward until she stands next to Maggie at the altar of Amelia's wedding. There, Maggie lets it slip that she's definitely into Nathan . . . who is awkwardly staring at Meredith. But their conflict is not just over a boy. In the premiere, we see Meredith pretty much try to cover for Alex until she realizes he has to come clean about beating DeLuca. In doing so, she lies to everyone — including Maggie. When the truth comes out, it's obvious that Maggie is hurt by the betrayal. She tells Meredith that she doesn't treat her like a sister, and she kind of has a point.

Maggie has made huge strides to become closer to Meredith. She helps take care of her kids and loves them to the point where she is genuinely freaked out by it. She has been an open book about every aspect of her life, but Meredith is preoccupied with pretty much everyone else and Maggie seems like an afterthought to her. We all know that Meredith typically likes to keep one person as "her person," and that involves many things. We have seen this get her into trouble by relying too much on Cristina and not enough on Derek, but years later she is still struggling. 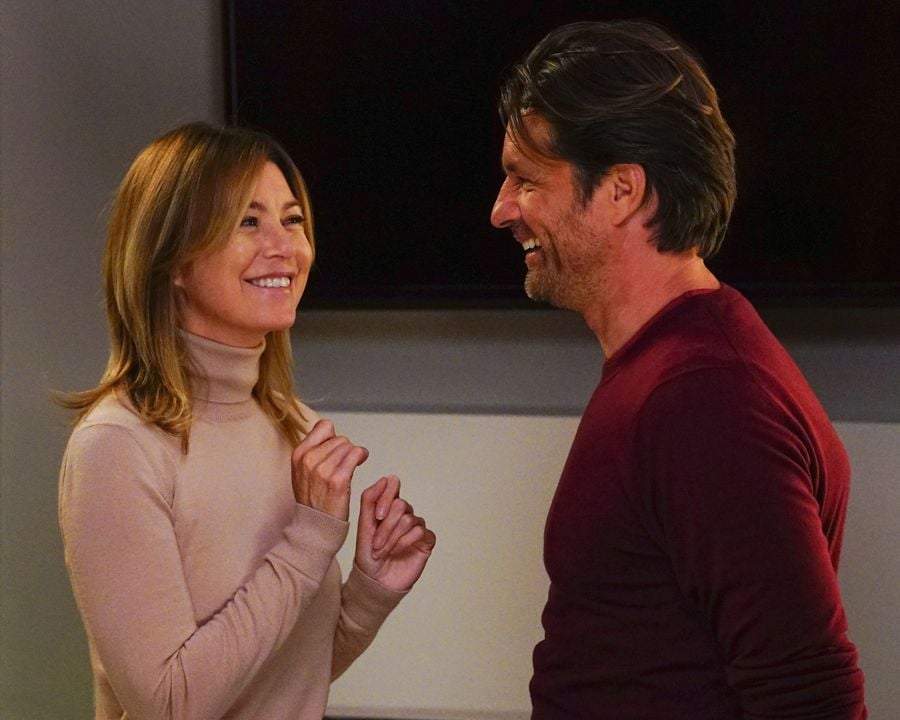 After Cristina leaves, she clings on to Alex as her new "person." This involves long talks and a lot of energy that even Jo isn't exactly OK with. We get that Alex is one of her oldest friends who has been there from the very beginning, but it's time to question whether Meredith putting him first (before Maggie) is the right thing. Why can't Maggie be her new confidant instead? They do live in the same house, so it makes the late-night talks more appropriate. It's obvious that Maggie wants this type of relationship with Meredith, but Mer isn't willing to make her a priority. She also has shown that even though she promises to not lie, she is going to continue to do so.

Back to the premiere: Nathan comes over to their house, and Meredith talks with him privately outside. She tells him once again they can't be together because someone will get hurt. After he leaves, she comes back inside and lies about who was at the door when Maggie directly asks about it.

The question is, why? Is she doing it in order to save Maggie's feelings from being rejected by Nathan? It's possible, but knowing Mer, this definitely isn't the only thing at play. She loves pushing people away. Last season in therapy she talks about being very good at being alone because of all the people who have left her throughout her life, including Derek, her mother, and Lexie. Chances are she is pushing Nathan away because she is scared of getting close to another person and using Maggie as an excuse. Sadly, she's also pushing Maggie away too, whether she realizes it or not.

She's doing herself a disservice. Nathan could potentially be a good fit for her. He is handsome, can understand her loss due to his own ex's death, and seems to really want to be with her. She's also ready to move on. She has mourned, gone through therapy, and taken some time to be by herself. Maybe their relationship won't end with wedding bells, but she should see where it goes. 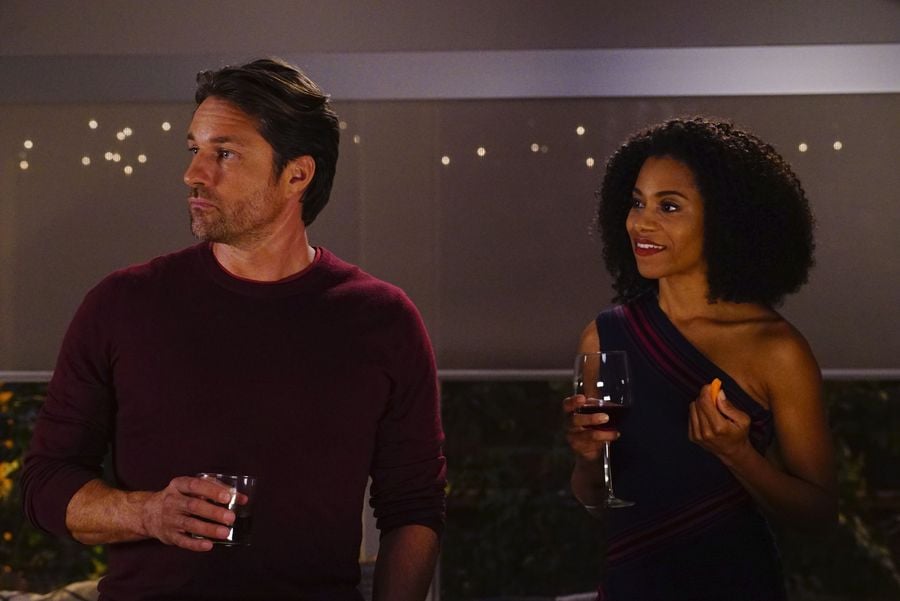 Meredith choosing to be with Nathan might hurt Maggie, but it won't last forever. Maggie simply has a crush on him with no prospect of it going anywhere. The quicker she breaks the news, the quicker everyone can move on. The most important thing is that Meredith starts taking real effort to have a true sisterhood with Maggie and not just rely on her to babysit her kids when she needs it. Meredith needs to get over having one "person" and truly let Maggie in by being fully honest and spending time with her.

So can these two sisters survive all of this lying and distance? Chances are good that there will be war before there will be peace. Maggie has made it very clear what she will and what she won't accept from Meredith. Meredith has made it clear in her actions that she really doesn't care about any of those things. Once it all comes out, it will have to take a lot of apologizing and work on Meredith's end to make it better. Hopefully by the end of this season they will be able to stop running into the same problems.