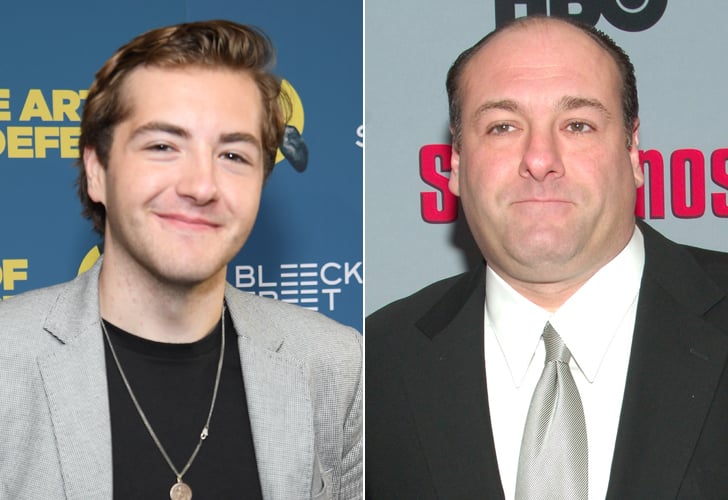 For Michael Gandolfini, watching The Sopranos for the first was not the same experience as most viewers — it was "an intense process" that happened pretty recently. In an interview with Esquire, the 20-year-old son of the late James Gandolfini opened up about what it was like watching his father on television. In fact, he hadn't ever seen the iconic HBO series until he was asked to audition for the role of a young Tony Soprano in the upcoming Sopranos prequel film, The Many Saints of Newark, out next year.

"The funny thing is, before the audition, I had never watched a minute of The Sopranos. I was just a kid when he was making it. I would go to the set and ask him what it was about, and he'd say, 'Oh, it's about this guy who's in the mob and kind of goes to therapy,'" Gandolfini recalled in the interview. "The hardest part of this whole process was watching the show for the first time. It was an intense process. Because, as an actor, I had to watch this guy who created the role, to look for mannerisms, voice, all those things I would have to echo. But then I'd also be seeing my father."

"I had to watch this guy who created the role, to look for mannerisms, voice, all those things I would have to echo. But then I'd also be seeing my father."

He added, "I think what made it so hard was I had to do it alone. I was just sitting alone in my dark apartment, watching my dad all the time. I started having crazy dreams. I had one where I auditioned for David [Chase] and I looked down at my hands, and they were my dad's hands." 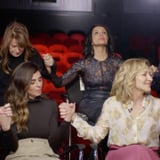 For the young actor, there were two scenes throughout the show that really hit close to home. "There's a scene where Meadow comes home late at night, and he's sitting with a drink, and he's like, 'You know I love you, right?' That hit hard," Gandolfini said. "The other one that crushed me was when he yells at A.J., and he gets a pizza to apologize, and he sits by his son's bed and says, 'I couldn't ask for a better son.' I just knew he was talking to me in that scene."

Physically, it's easy to see the resemblance between Gandolfini and his father, but it's the young actor's mannerisms and skills that will have him transform into the future crime boss in the upcoming movie. Gandolfini was just 14 years old when his father passed away from a heart attack in Italy, and he's currently a student at New York University. He starred on The Deuce as Joey Dwyer and also appeared in Ocean's Eight. His career is just getting started, and we can't wait to see him portray the great Tony Soprano in The Many Saints of Newark.

Celebrity Kids
From Kaia Gerber to Zoë Kravitz, 13 Celebs Who Got Real About Being a Hollywood Nepo Baby
by Simrin Purhar 3 hours ago