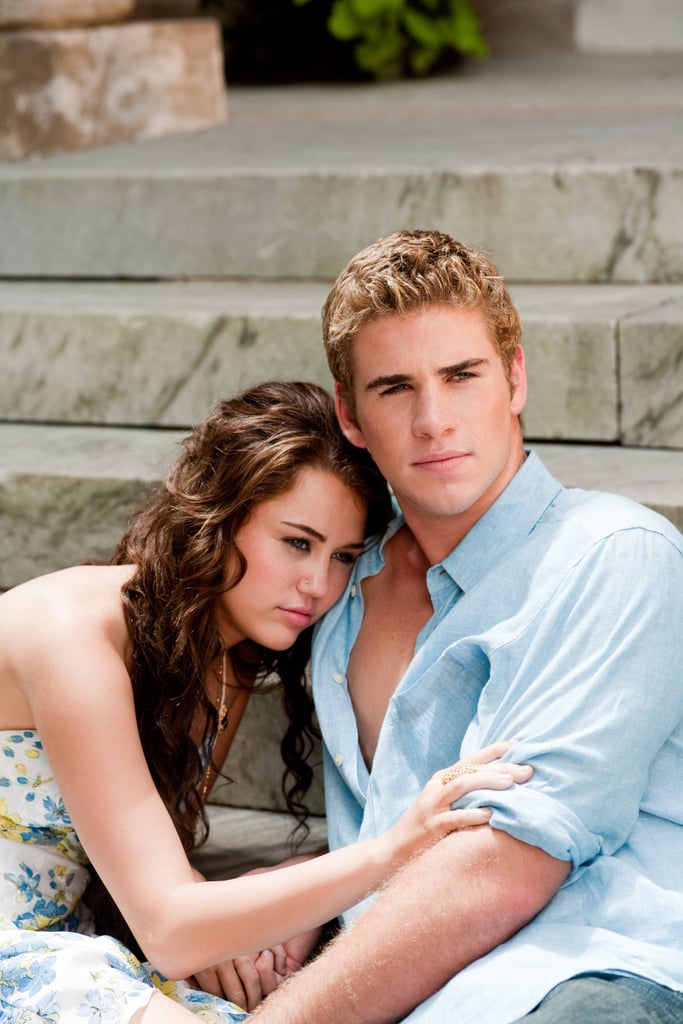 It's been eight years since the release of Disney's The Last Song, but now that Liam Hemsworth and Miley Cyrus are officially husband and wife, it's only fitting that we take a walk down memory lane with their cutest photos from the film. The Nicholas Sparks movie marked Cyrus's first role outside of Hannah Montana and follows rebellious teen Ronnie (Cyrus) who comes to live with her divorced father (Greg Kinnear) for the Summer. Her dad uses their shared love of music to reconnect with her, but Ronnie ends up finding romance with the local heartthrob Will (Hemsworth). It may not have taken place in Malibu, but it is where sparks first flew between Liam and Miley.

Miley Cyrus
Miley Cyrus Gets Lost in the Music During SNL Performances, and So Will You
by Kelsie Gibson 1 hour ago