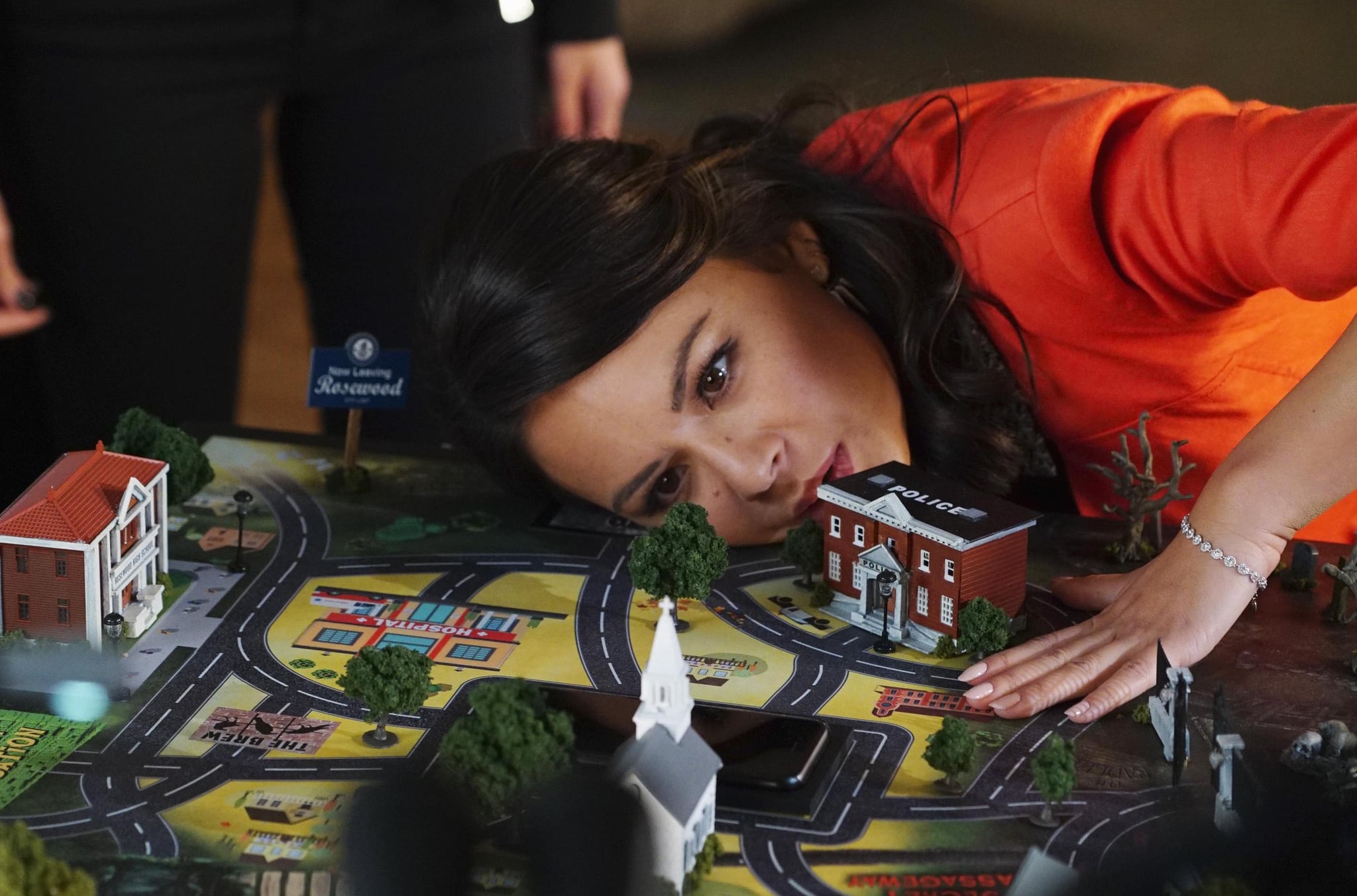 This week's episode of Pretty Little Liars gave us a shocking conclusion. After weeks and weeks of trying to puzzle out the identity of the show's final "Uber A," we seemingly got our biggest hint yet. In the final moments, we find out Mona has a pretty advanced lair set up in her apartment. She's got pictures of all the liars, police case files, suspicious shovels, snaps of the big board game, and more. Upon first glance, it's easy to assume that Mona never quite let go of her evil ways and that she scooped up the game after Charlotte DiLaurentis's murder. But, listen, we're not buying it. This is exactly what we're meant to think, but if you look back, there's a lot of evidence to the contrary. In fact, Mona might be our last great hero. Let's get into it.

Before we go into Mona's possible true motives, let me explain why we shouldn't believe what we're seeing. Throughout the history of PLL, there have been a lot of moments where we thought we knew what was going on, but we really didn't. Case in point: the "Ezra is 'A'" reveal in season four. It was all set up. We see him wearing a shady outfit, and he has a massive lair all set up. In the episodes that follow, we see all his sneaky and creepy activity. Eventually, though, we find out he's not "A" at all. He's just doing extensive research and trying to write a book about the whole ordeal. The point is that anytime we're being spoon fed something this big, we should take it with a grain of salt. Mona is a red herring. If we're being led to believe that she's "Uber A," it's very likely the opposite is true. And that brings me to my next point.

By now, it should be clear that Mona only wants to help the girls. In her lair, we see the shovels the girls used to bury Dr. Rollins. This is the very crime Mona helps cover up (by getting Lucas's windshield replaced). This must be part of her attempts to further bury the evidence, pun intended. Elsewhere on her mysterious cork board, we see pictures of the game and multiple pictures of the biggest suspects. This is because Mona's trying to figure everything out. She's trying to uncover exactly how the "Liars Lament" board game works, and she's trying to figure out who "Uber A" is. She's always been one step ahead of the liars, so why should she stop now?

And that's basically our big theory: Mona is the final hero of the show. With only three episodes left, it must be the answer. Mona will figure out the identity of "Uber A" before the liars. And once she does, she'll do what she can to save them and redeem herself from the evil she's done in the past. With a looming death toll in the series finale, we're worried this means Mona might not make it out alive. Cross your fingers, friends. This is going to be a dark ride.

Netflix
If You're in Need of a Laugh, These Are the 30 Best Comedy Specials on Netflix Right Now
by Madison Tyler 5 hours ago

TV
Legends Only! Remy Ma Is Joining ABC's Queens in a Recurring Role
by Princess Gabbara 9 hours ago