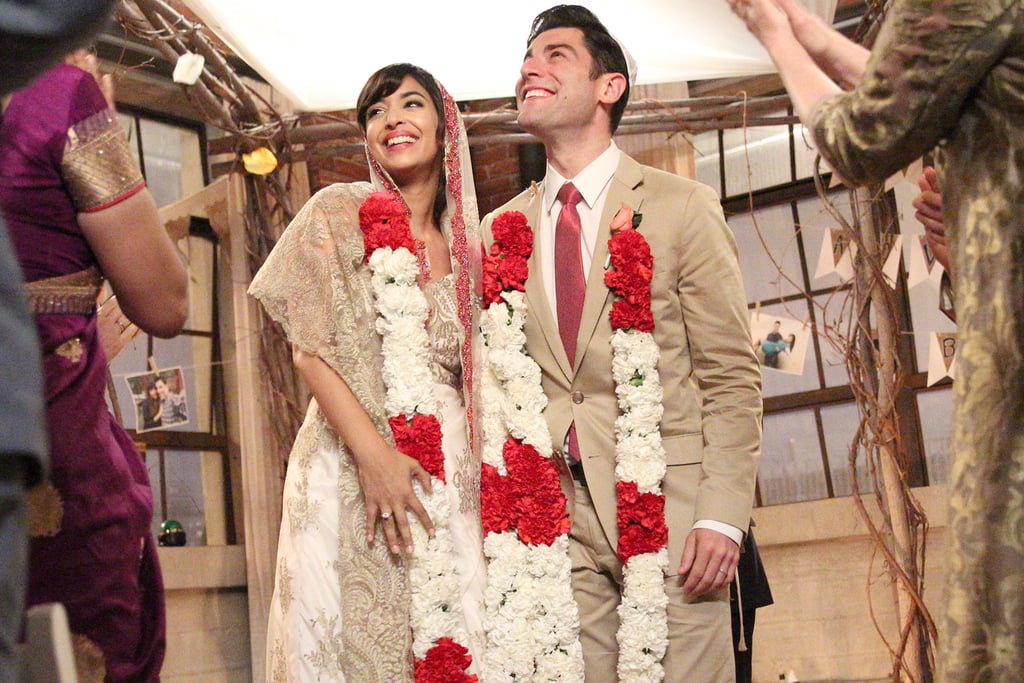 Jane the Virgin isn't the only show with a big wedding on its season finale! New Girl's fifth season concluded on Tuesday night, and the episode, titled "Landing Gear," is almost guaranteed to make you cry. Schmidt and Cece get married married, and we are more than ready to hang out with them as husband and wife. Take a look at the pictures, find out what song was playing on the episode, and let's hope there could be another New Girl wedding in the future. You know who I'm talking about. Don't be coy.