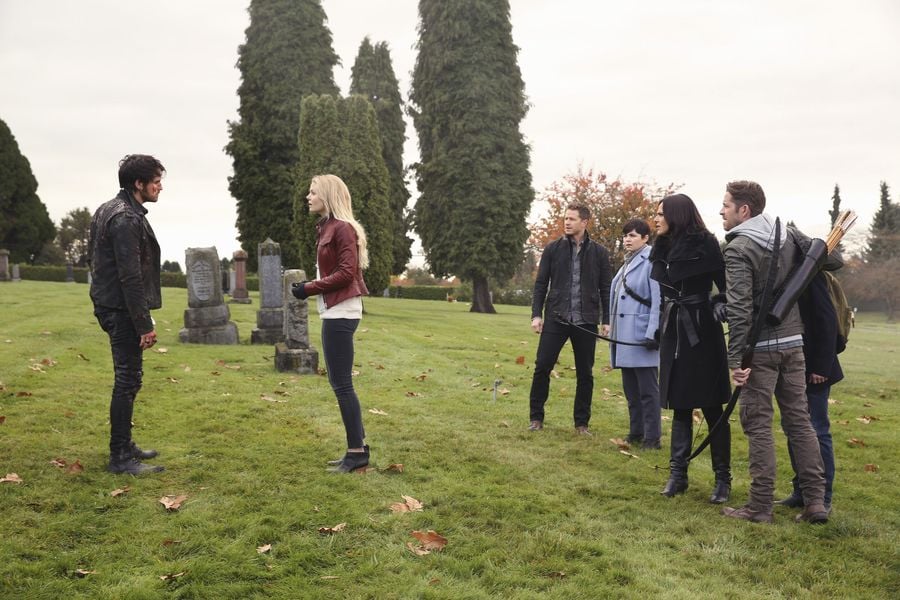 Once Upon a Time returned on Sunday, and to say it was epic would be an understatement. Not only did the episode feature some of our favorite returning characters, but it also marked the show's 100th episode. While there were a few things that we already knew about the episode, there were still a few surprises along the way. If you tuned in, chances are you had the same reactions we did — aka the intense need to sob uncontrollably. Keep scrolling for the best reactions to the episode, and then check out everything we already know about the second half of this season.

Previous Next Start Slideshow
Once Upon A TimeTVGifs

Netflix
Will The Watcher Ever Be Revealed? Everything We Know About Season 2
by Megan Hippler 9 hours ago

TV
"TSLOCG"'s Ilia Isorelýs Paulino on Playing Lila: "It's So Exciting to See Full Women Characters Having Fun"
by Njera Perkins 9 hours ago