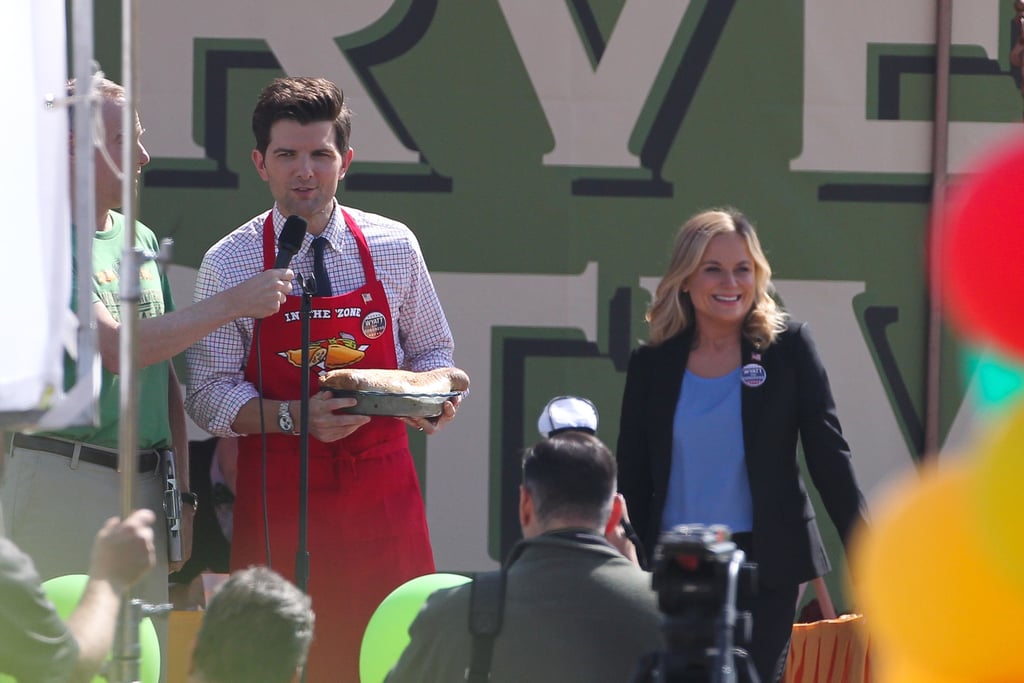 Parks and Recreation's Ben and Leslie Are Back! . . . in the Future

Thanks to its shortened 13-episode run, Parks and Recreation won't be back until next year, but we have a sneak peek at the seventh (and final) season now! Adam Scott, Amy Poehler, and Aubrey Plaza were spotted filming the comedy in Los Angeles this week. If you recall, the final minutes of last season featured a time jump, plus Jon Hamm. The last season will supposedly all take place three years in the future, which means we're looking at future Leslie, future Ben, and future April. Take a look!