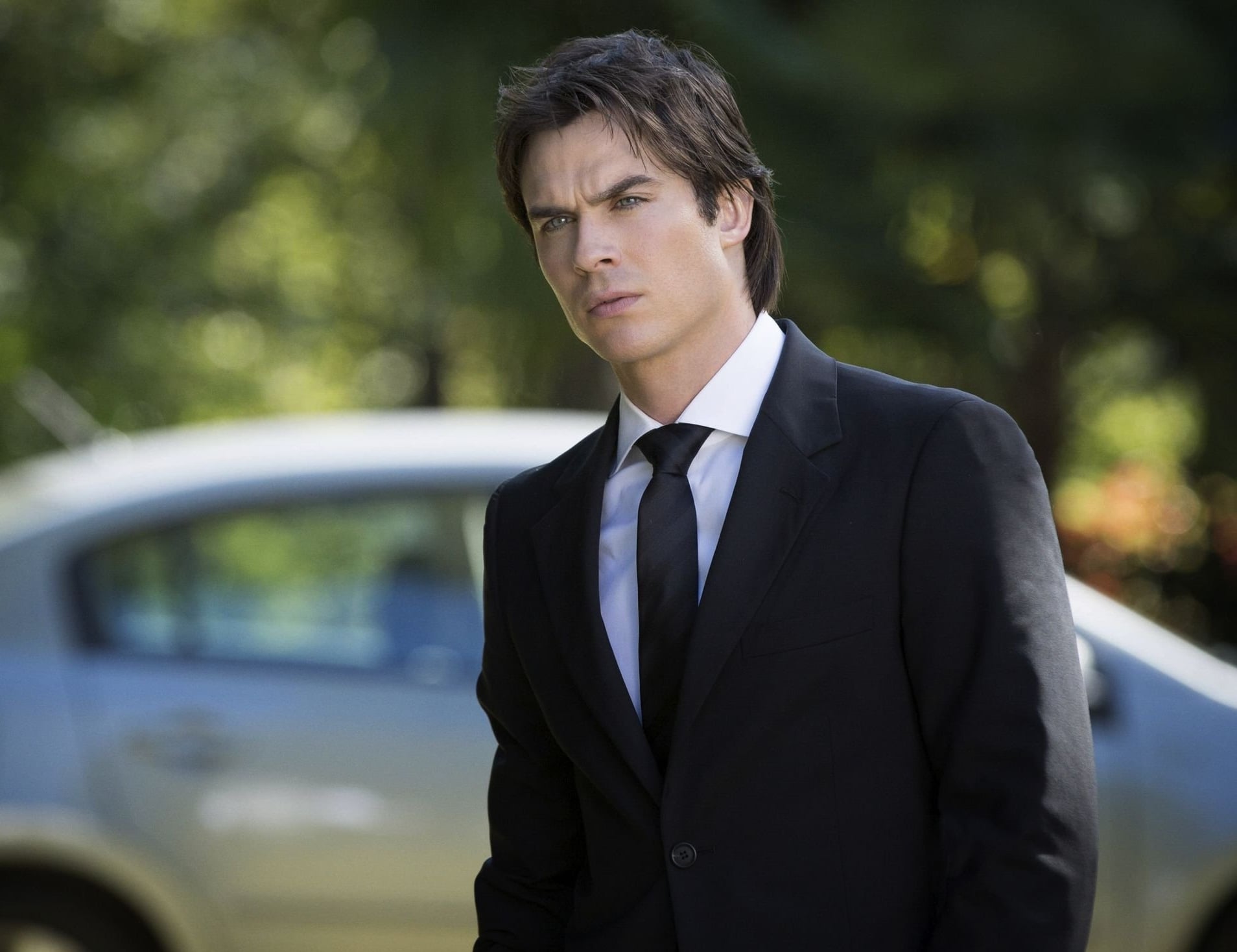 Though Julie Plec confirmed that The Vampire Diaries is ending after season eight, the sad news didn't stop the cast from joking around during their Comic-Con panel. Fans were laughing through their tears when a fan asked about the origin of Damon's signature sexy stares, executed with ease by Ian Somersmolder, er, Somerhalder. Paul Wesley jumped in, saying that to perfect the stare, all you have to do is pretend you're in a sandstorm. Wesley even imitated the look — to a T. "Paul came up with that in season one, and it's bullsh*t," Somerhalder clarified. "It's not a sandstorm, it's just wind."

Whatever the inspiration, we love it.