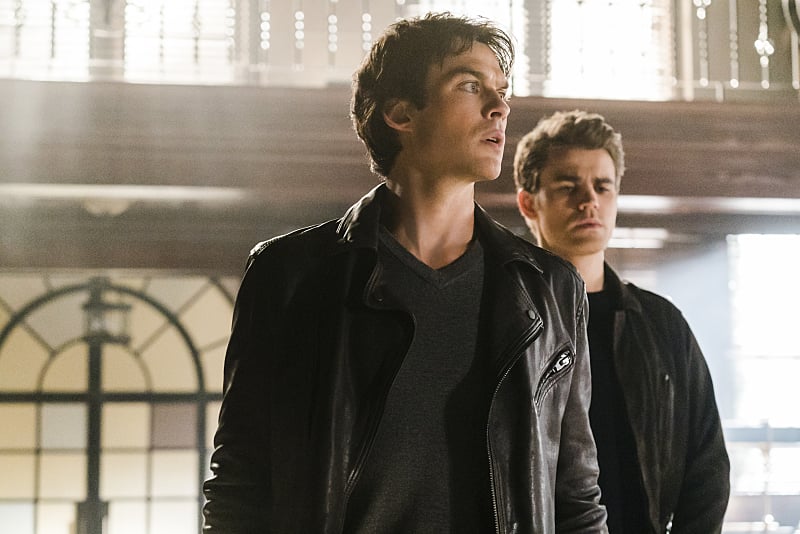 It's been rumored for a while, but creator Julie Plec has confirmed at Comic-Con that The Vampire Diaries is ending after the upcoming eighth season. The cast appeared for their panel, and while writer Kevin Williamson hinted at the show's "final" big bad this season, it was Plec who announced the news to thousands of literally crying fans. Sadly, this means it'll be the cast's last year at Comic-Con, as well. For now, here's what we know about the final season and what the cast has said so far. The goodbye video is below.

Netflix
Did Anyone Else Totally Miss the Sentimental Accessory Simon Wears in Bridgerton?
by Victoria Messina 10 hours ago

Grown-ish
With Grown-ish and New Music, Saweetie Is Already Confident That 2021 Is Her Year
by Kelsie Gibson 12 hours ago