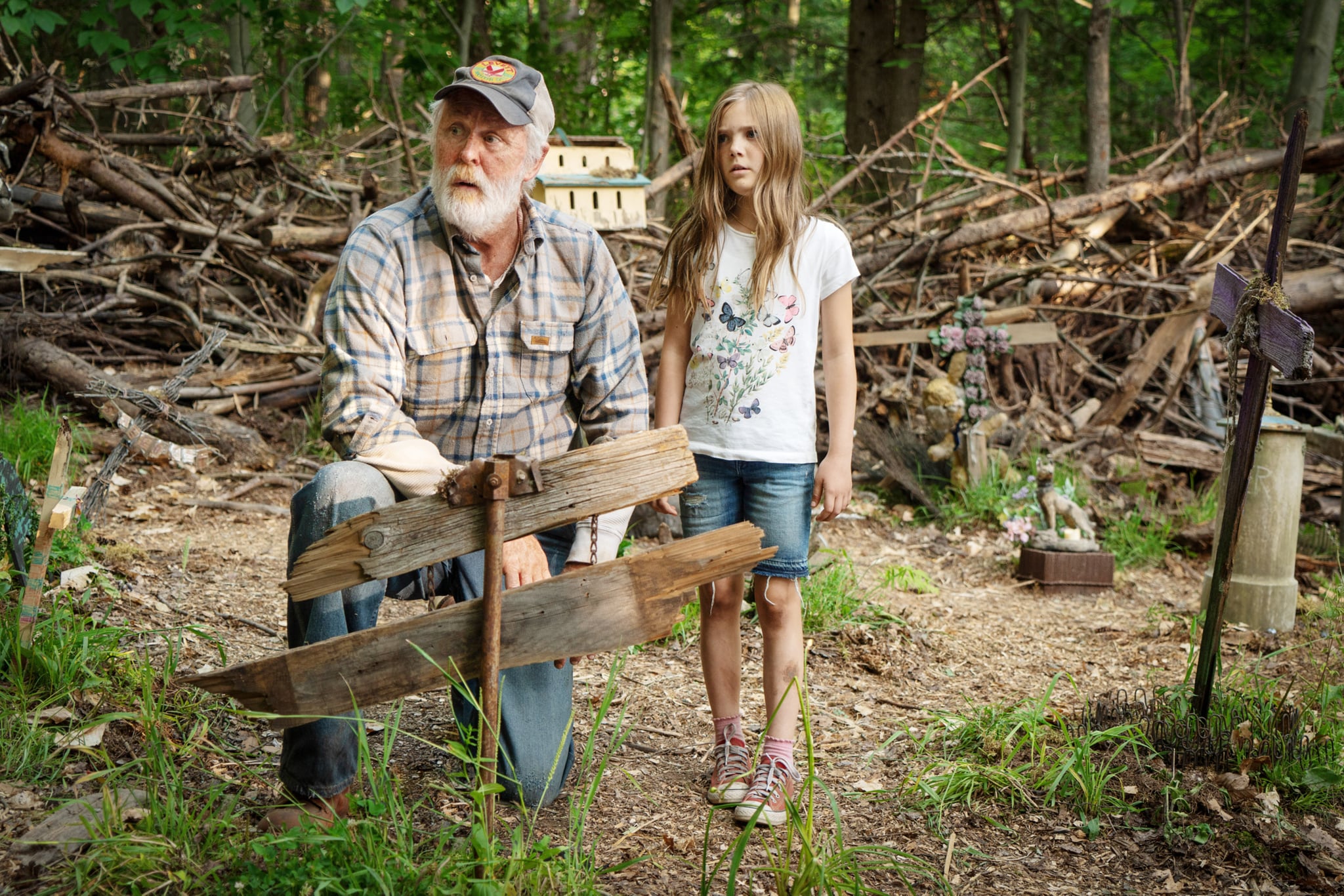 Although it's no secret that animals can't actually come back to life once they've passed away, there might be more truth to Stephen King's 1983 novel Pet Sematary than you think. And now that Kevin Kolsch and Dennis Widmyer's adaptation of the book has hit the big screen, it's time to separate fact from fiction.

In both King's novel and the 2019 reboot, we're introduced to the Creed family: patriarch Louis is a doctor who moves his wife and two young children from a bustling city to the small town of Ludlow, MI, so that he can take over the University of Maine's hospital. He and his wife, Rachel, hope that the move will give them more quality time with their kids, and they're also getting a sprawling farmhouse out of the deal. Unfortunately, a portion of the property they move onto is cursed by a Native American legend, bringing back the corpse of whatever is buried there as a vicious, malevolent shell of the living thing it once was. When tragedy strikes, Louis is pushed to the brink in an effort to keep his family whole.

Now, clearly King didn't experience those events exactly, since he's still walking, talking, and dragging the president on Twitter daily. But according to the introduction in the beginning of a new version of Pet Sematary, written in 2000, the famed horror author said his inspiration from the book is actually based on a handful of real-life events. He explained that the idea for a story came to him while he was the writer in residence for his alma mater — the University of Maine — in the late 1970s.

Although he loved living in the rural Northeast with his family, the house they rented was on an extremely busy road. Despite being warned that the road "has used up a lot of animals" by his Judson Crandall-like neighbor, Julio DeSanctis, King found his daughter's cat, Smucky — whose name you might remember seeing on a headstone in the movie — dead on a neighbor's lawn soon after moving in. And to make matters even creepier, DeSanctis told the writer that there actually was a pet cemetery behind the King's home where other children in the area had buried pets they lost to the highway.

But the scariest part of all? King's toddler-aged son made a beeline for the road one day while the family was flying a kite in the yard. Although King was able to catch up to him, the experience made a lasting impression on him. "A part of my mind never escaped from that gruesome what if," he wrote. "I simply took existing elements and threw in that one terrible what if. Put another way, I found myself not just thinking about the unthinkable, but writing it down."

Of course, in the book, the toddler character isn't quite so lucky — Gage Creed goes careening into the busy road next to the family's new home and is struck by a seeding tractor trailer. The reboot actually makes a fairly significant change to that particular twist, but the story remains just as bleak and nightmarish as ever.