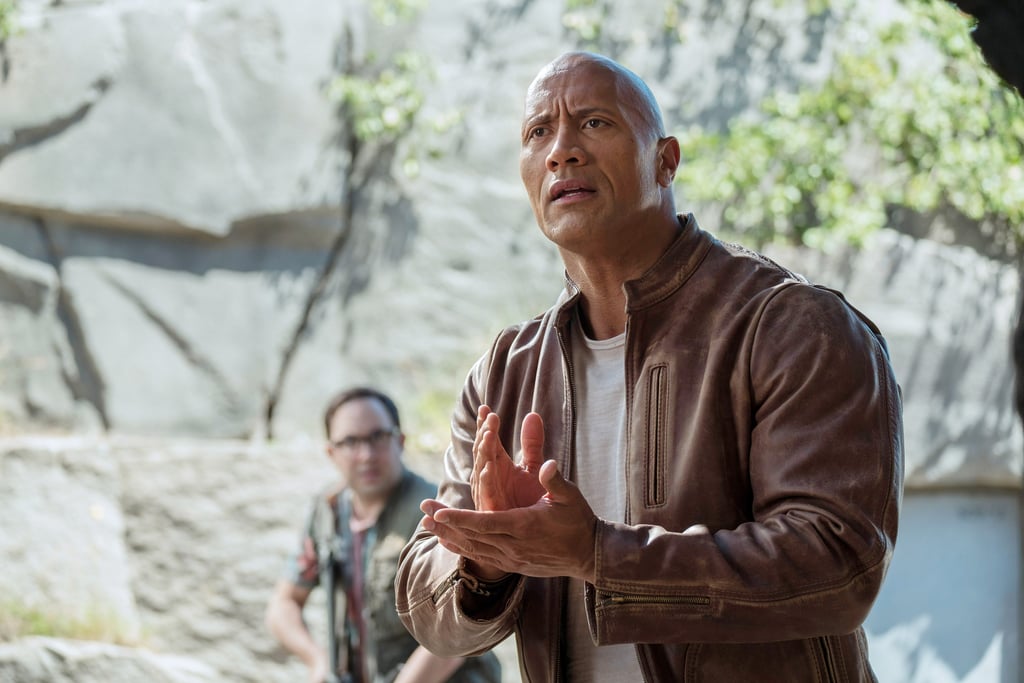 Serious Question: How Many Times Can Dwayne Johnson Possibly Cheat Death in Rampage?

Warning: Spoilers for key plot points in Rampage ahead!

Before we dive into Rampage, let me start by saying that I love Dwayne Johnson; I am a huge fan — and I mean, really huge — and I wish him no ill will. That being said, something I'm always left wondering after his movies is: how many freakin' times can his characters possibly cheat death? How many, DJ?! In Rampage, the actor plays a soldier-turned-primatologist named Davis Okoye, whose mission is to stop a 30-foot gorilla named George — who's also his best friend, it should be noted — as well as a genetically-mutated wolf and crocodile from destroying the world. Sounds easy, right? Well, it does if you're Davis Okoye.

The film — which is based on a video game from the '80s — also stars Naomie Harris, Jeffrey Dean Morgan, and Joe Manganiello, and follows Davis as he does a series of casual activities like jumping out of moving airplanes, getting shot in the abdomen, and going head-to-head with these larger-than-life animals. Davis (and Johnson for that matter) really must have superhero powers, because he somehow manages to come out of all of it unscathed, and most importantly, alive.

Wondering just how absurdly entertaining his serious brushes with death are? Below are our favorite hard-to-believe moments, hands down.

Relationships
It's Official: Every Spider-Man Dates His Mary Jane
by Mykenna Maniece 1 hour ago