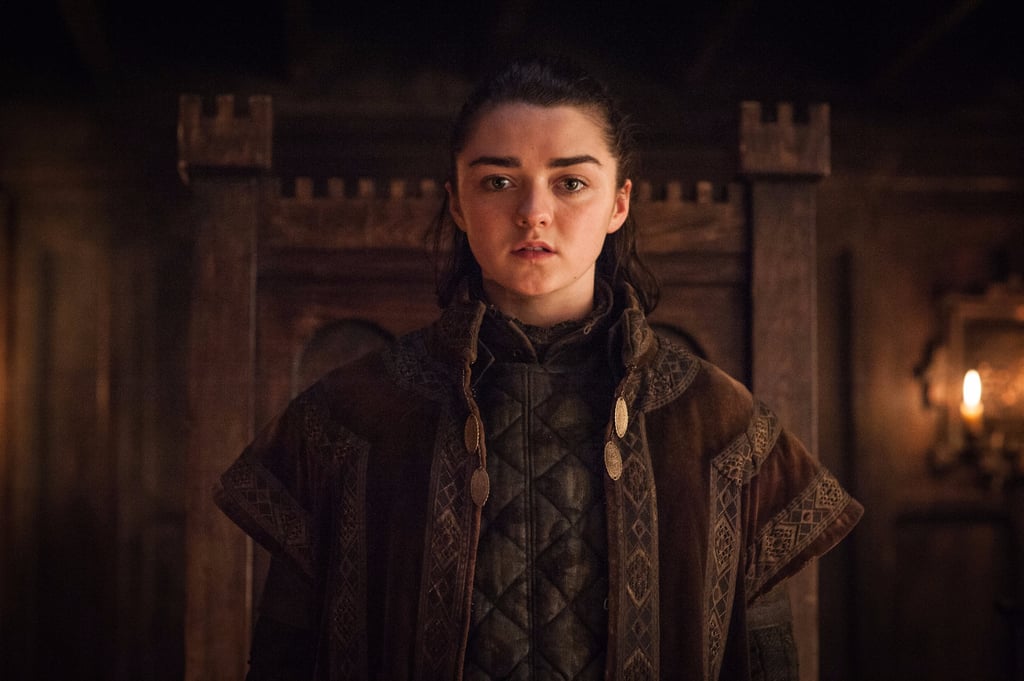 Within seconds of Game of Thrones' season seven premiere, it becomes clear that Arya Stark did not come to play. Last season, she checks Walder Frey off her kill list when she disguises herself as a servant, serves Frey a pie with the remains of two of his sons, then reveals her true face and murders him. She kills Frey for betraying her mother and her brother Robb at the Red Wedding — but her revenge doesn't stop there.

In the opening scene of season seven, it's Frey's face that appears first. How? Because Arya is wearing it(!). As Frey, she holds a feast and serves wine to Frey's men, encouraging them to drink up. "Leave one wolf alive and the sheep are not safe," she says. The scene is reminiscent of the Red Wedding itself as she poisons all the Frey men at once, each of them dropping to the floor after drinking the wine. Turning to Frey's wife, again revealing her true face, Arya says, "The North remembers." Mic drop much?

Check out some of the best reactions to that shocking scene.

Related:
Game of Thrones: 34 Real AF Reactions You Had Watching the Season 7 Premiere
Previous Next Start Slideshow
Game Of ThronesTV